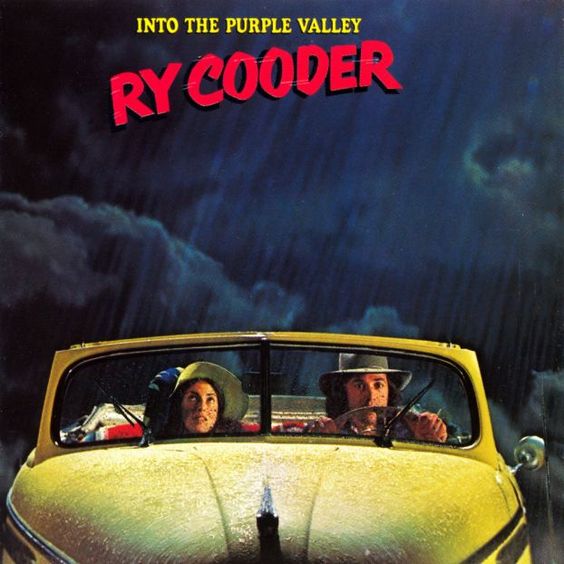 Ry Cooder is an underappreciated American treasure. Although his exquisite studio session work (with bands as diverse as the Rolling Stones, Captain Beefheart, and Paul Revere and the Raiders) has been invaluable and his delightful original compositions often remarkable, it is his work as an archivist that has enriched my musical knowledge and refined my musical tastes.

Cooder’s an excavator of buried treasures, a discoverer of exotic, beautiful music, whether it be from the Mississippi Delta, Mexico, Cuba, India, or Sub-Saharan Africa. He’s sort of a medium – a vessel through which these songs are filtered and then transformed into a mode that preserves their essence but makes them new.

Check this out, for example, a cover of Washington Phillips’ obscure gospel song “Denomination Blues” from Cooder’s second studio album Into the Purple Valley, released in 1972.

This snippet embodies a remarkable paradox of Cooder’s music — his recordings of dated songs never sound dated — they sound the opposite of stale.

His fourth album, Chicken Skin Music, might be my favorite. On this record, Ry embraces both Hawaiian and Tex-Mex music. Essentially, he blends those formats into country and blues numbers. For example, here are legendary Hawaiian musicians Gabby Pahinui and Atta Isaacs contributing to this old Hank Snow tune:

Not to give you the wrong impression; the cat can also rock, as he does in this cover of Elvis’s “Little Sister,” from the 1979 album Bop Till You Drop, the first major label album ever to be digitally recorded.

Here’s a short clip from the Touré collaboration.

Add to that concept albums like Chavez Ravine, My Name Is Buddy, not mention his work with Little Village, the band he formed with John Hiatt, Nick Lowe, and Jim Keltner, and you have a body of work deserving of some sort of Presidential Medal.

I bet in a 100 years Cooder’s recording will not have aged – and that’s always been the test of great art. So c’mon President Biden, Let’s get goin’.