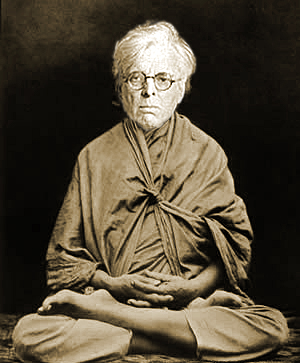 Relatively early in his career, Yeats would come up with long, unwieldy titles for some of his poems.

To a Poet, who would have me Praise certain Bad Poets, Imitators of His and Mine

You say as I have often given tongue

In praise of what another’s said or sung.

But have you known a dog to praise his fleas?

So in this vein, I humbly present:

A Subliterate Buddhist with Work Issues Writes to His Love Seeking Seventeen Syllables That Will Deliver Him from the Eternal Cycle of Birth, Suffering, and Death

O, lay a haiku on me, sweetie.

This here samsara got me so so down.

These damned desires breed so much sorrow.

Can’t concentrate on my breathing.

Got so much shit going down tomorrow.

A haiku with the hashtag samadhi,

One that makes me the one I’m not thinking of,

One that will set this monkey mind free.

Each April, as lilacs push their way out of the dead land, I provide my Brit Lit students an overview of the early 20th Century, showing them how art reflects a culture’s history, science, psychology, philosophy and how the alchemy of art can alter the way in which we see the world.

I show them these three photographs, taken a mere decade or so apart: 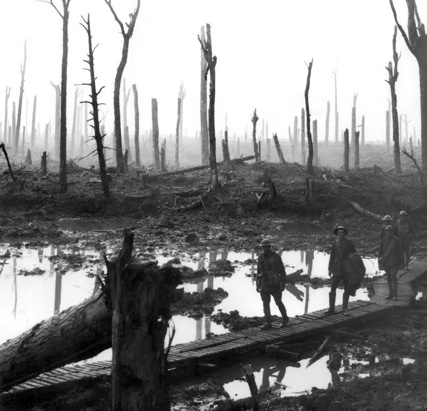 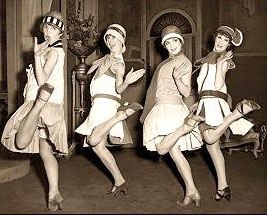 See what you get when Picasso and Planck start to play ping pong: 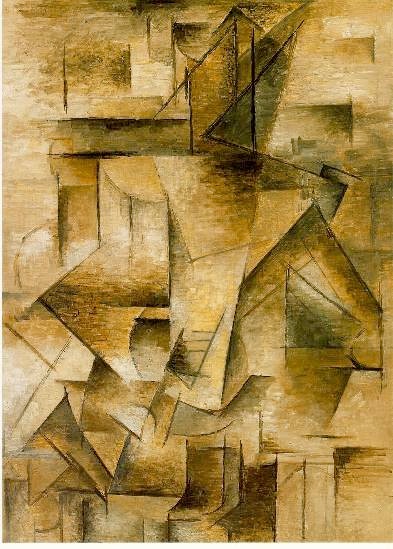 Obviously, between the years of 1905 and 1920, Europe underwent a radical change in perception, a cultural revolution, and you don’t have to don a deerstalker hat nor peer through a magnifying glass to identify the motive in this case.  I offer the analogy of European culture as a gorgeous stained-glass window – a millennium in the making – that has been shattered by “the Death of God,” the de-objectification of science, and WWI. Modernists like Eliot and Joyce and Picasso pick up the pieces, arrange them in different patterns, trying to make sense of chaos.

These fragments I have shored against my ruins

Why then Ile fit you. Hieronymo’s mad againe.

To my mind, the enormous sea change in the public’s perception of homosexuality in the last ten years rivals that of the rapid cultural transformation embodied in that shift in fashion from the corsets and bustles of the Edwardians to the short flimsy dresses of the flappers.

However, in the case of homosexuality, the reasons for the shift in the public’s attitude are not that obvious.  I’ve been soliciting opinions from my colleagues and friends, and they not only disagree, but occasionally offer opposing suppositions.  Like virtually everything else, the phenomenon is probably much more complicated than it might seem.

Obviously, one possibility for the shift in the public’s perception of same sex marriage lies in an erosion of traditional Christianity, which you could certainly argue is the case in post-Christian Europe.  However, with 77% of Americans identifying themselves Christians in 2009, and given that the movement within Christianity has been a shift from mainline to evangelical churches, it seems dubious to suggest a “falling away from God” is the reason for the increasing tolerance of “the love that dare not speak its name.” 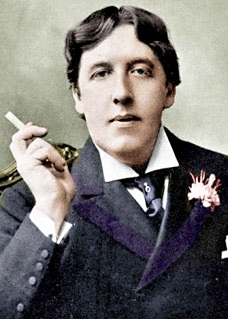 Oscar Wilde: Who would ever have guessed?

In fact, presupposing that the temple/church has possessed a monolithic view of marriage through the ages doesn’t stand scrutiny – as the shift from the polygamy of the OT to the monogamy of Salt Lake City s attests.  Actually, traditional European marriages were established on the bedrock of property rather than on misty marshes of eros[1].  In fact, from what I understand, this loving-your-spouse innovation arose from of all places, English Puritanism.  John Milton himself wrote tracts espousing[2]incompatibility as grounds for divorce.  Here’s a layperson-friendly summary from Stephanie Coontz[3]

Parents arranged their children’s unions to expand the family labor force, gain well-connected in-laws and seal business deals. Sometimes, to consolidate inheritances, parents prevented their younger children from marrying at all. For many people, marriage was an unavoidable duty. For others, it was a privilege, not a right. Often, servants, slaves and paupers were forbidden to wed.

But a little more than two centuries ago, people began to believe that they had a right to choose their partners on the basis of love rather than having their marriages arranged to suit the interests of parents or the state. Love, not money, became the main reason for getting married, and more liberal divorce laws logically followed. After all, people reasoned, if love is gone, why persist in the marriage? Divorce rates rose steadily from the 1850s through the 1950s, long before the surge that initially accompanied the broad entry of women into the workforce. 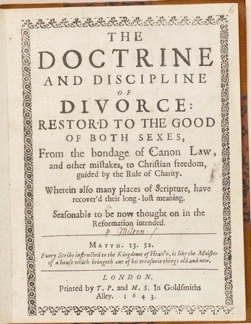 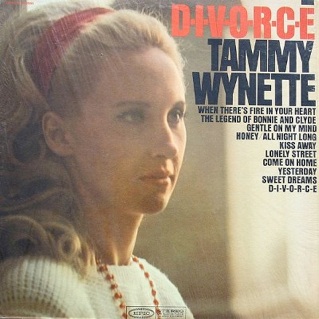 In keeping with history, friend/colleague posits that the AIDS epidemic is responsible for the sea change.  The epidemic underscored that homosexuality was more widespread than heterosexuals imagined and acquiring the disease (unless you were a hemophiliac or a junkie) became a sort of outage in itself.

As more and more exited the closet, this theory suggests, the more we discovered that this once-called abomination was prevalent among kind, gentle souls, the saintly professor, your first cousin, your brother, your son or daughter (cf Dick Cheney).

This theory seems reasonable to me, but I would also add that, at least among the educated, it has become abundantly clear that sexual orientation is essentially innate.  I certainly didn’t make the post-pubescent decision to become hethero/(morose?), so it doesn’t seem likely that others would decide they would choose to be gay.  Why would someone, especially in the ‘50s and ‘60s when “rolling queers” ranked just behind quail hunting as a redneck pastime? And, if indeed, you’re born gay, shouldn’t you be allowed to fall in love and to marry?

Whatever the reasons for this rapid transformation of attitude – imagine Gore coming out for gay marriage in 2000 and Dubya merely demurring that although against it himself, he thought it was a matter for individual states to decide – I can’t imagine the tide ever reversing on this issue, despite the Trump Administration’s dreams about turning back the clock.  He would be better off, I think, concentrating on keeping his hands to himself.

[1]The Misty Marshes of Eros, soon to be out in paperback. 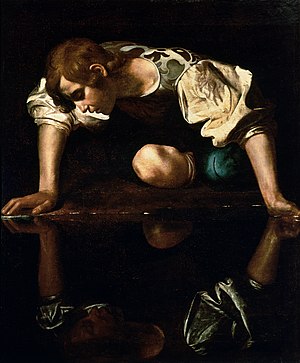 Vain the ambition of kings
Who seek by trophies and dead things
To leave a living name behind,
And weave but nets to catch the wind.

School’s been cancelled. After all, a hurricane has made landfall half-a-continent away in the Central Time Zone and tomorrow may pass a hundred miles north of us.

Picture an angry old man cycling his fists like John L Sullivan itching for a fight.  [Not me, cycling my fists, the personified hurricane].

So here I am literally the only customer at Chico Feo, sitting on a rain-soaked stool distraught as I contemplate what TS Eliot called “the immense panorama of futility and anarchy that is contemporary history.”[1] 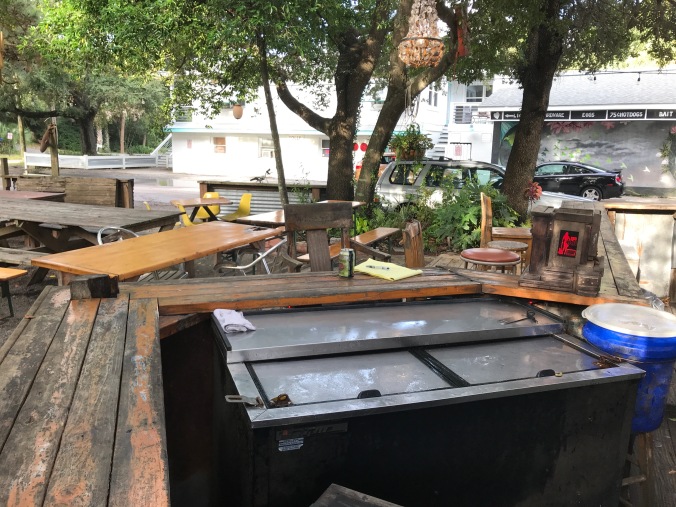 It’s little recompense that on Chico’s sound system the so-limited but oh-so-cool baritone of Lou Reed is celebrating “a magic moment as sweet as wine.”  And now it is — was —  David Byrne with sugar right there on his tongue –  and now Donovan’s “Sunshine Superman.”

My one-time housemate James Paul (aka Mike) Rice used to listen to Donovan back in ’74.  Mike was a romantic (still is, I suspect, if he’s alive).  Donovan’s Greatest Hits is a treasure trove of hyper-romanticism.  For example, indulge me and check this out:

I hadn’t heard from Mike until about four years ago. In fact, it was the day Judy and I first met with her oncologist to confirm that indeed she had cancer, probably a lymphoma; he hoped it was a lymphoma.  Awkwardly, I cut Mike off and said we had a doctor’s appointment.

Anyway, Mike had called to tell me that the University of South Carolina Press was considering publishing the manuscript that he had mailed me months ago, the one, he said, “that I was probably too busy to read.”

Oops. I still had the manuscript so starting ripping through its lush prose.  It was about the antebellum world of Denmark Vesey and a made-up slave woman named Lucinda.

The plot propelled me right along, but occasionally a technical problem would intrude, a slight violation of point-of-view or the omniscient narrator’s voice lapsing too poetic, reminding the reader that this was historical fiction, not real life.

USC rejected the novel, so he revised it, and the very next publisher he sent it to, Knox Robinson, accepted it. 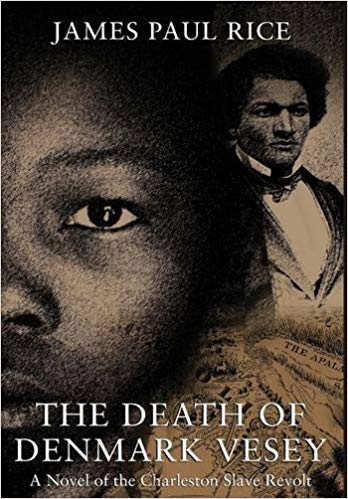 He ended up dedicating the novel to I-and-I:

The only problem is I’m not from Charleston.  It should have read to WLEM3, a real Summervillian.

Unfortunately, I’m no longer the “onliest” (as we sometimes say in Summerville) customer at Chico’s. An old genial man named Alex and some know it all 30-something are droning on about biking on James Island, swapping various adventures.

Swat!  A mosquito. Bartender Jen has fronted me some repellent, which I slapstickishly spray onto my sunglasses.  This, the same day that I ‘ve ruined a relatively new shirt by placing an uncapped blue pen in its breast pocket . . .

Anyway, poor Mike has serious kidney issues and spends an inordinate amount of his time on dialysis and will no doubt end his life in the dark shadows of the First or Second Trump Administration.

Talking about “futility” and “anarchy.” Somehow the warranty has run out on the Founding Father’s clever contraption, and a narcissistic[2]wanna-be mobster who looks like a clown and runs the country like a second rate criminal enterprise is in some stadium inciting furious white people to chant “lock her up” while he blusters about how unfair it was that Brett Kavanaugh didn’t receive proper due process.

Here’s Kavanaugh, who prides himself on hiring females, pushing his wife out of the way at his signing ceremony.

A couple of weeks ago Mike left a whispering message on my landline.  I’ve called him back a dozen times but no answer,

And so it goes.

Nevertheless, thanks, maybe, to the panhandling flattening fury of Michael, a pleasant breeze has kicked up at Chico, which should blow away the mosquitos.  The thirty-something has moved away from me to sit next to Alex, so I can barely hear him.

Hey, Mike, Do not go gently into that good night.

[1]Un-fun facts to know and share: 4 of the last 5 Supreme Court justices have been appointed by presidents who lost the popular vote.

[2]Who’s calling whom a narcissist? 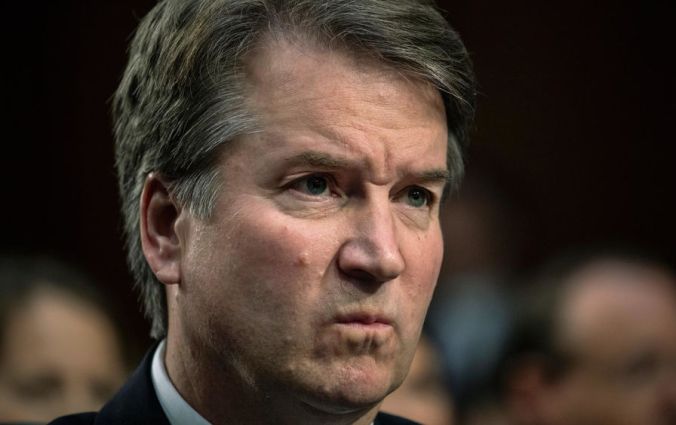 I’m not going to lie. I’ve been angry at Judge Kavanaugh’s nomination. Sexual accusations notwithstanding, there’s enough evidence to show that he’s generally been, objectively, an asshole his whole life. But I’ve noticed that assholes often get what they deserve. For example, OJ Simpson, who got away with double murder, eventually got arrested for armed robbery. It’s not karma, rather it’s not-karma, where, in general, the continuing actions of an asshole will eventually bite them in the ass in the end. While I could give on-the-point personal examples, they could get good people in trouble, so I’ll refer you to The Sound And The Fury instead. Spoiler alert: Jason Compson doesn’t live happily ever after.

As I’ve grown older and been through serious shit—friends dying, acquaintances dying, Mom dying—I truly believe strength comes from a human being being dealt a bad hand and being able to handle it nobly. “My…