Flowing swiftly like a river from the tongue,
some words are fun to say,
words, like “Saskatchewan.”

Others muck around in your mouth,
like “burglar’ and “rural” and “isthmus”
your tongue flopping south and west.

Same goes for people’s names,
some are grating, others divine
like cacophonous Gertrude, euphonious Caroline.

Last Monday night I attended a rehearsal of Romeo and Juliet at the Threshold Repertory Theater. My friend Paul O’Brien, chairman of the Threshold’s board, invited me to the rehearsal to hear Chris Marino, a director and Shakespeare expert from Chicago, give a workshop on playing Shakespeare. Paul had worked with Chris before on a production of Hamlet, so I jumped at the chance. 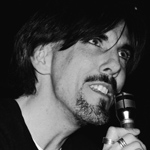 When I arrived, the rehearsal was already underway. Romeo, Mercutio, and Benvolio were sitting in folding chairs with highlighted scripts in their hands as Chris Marino stood before them looking the part of director.   A tall man in his forties, he wears his almost shoulder-long dark-hair parted in the middle, Oscar Wilde style, and also sports an Elizabethan-worthy goatee.

The three actors were working on 1.4, the scene after the masquerade ball when drunken Mercutio gives his famous Queen Mab speech. Chris stopped the scene and provided a quick ten-or-so-minute lecture on blank verse. It occurred to not-so-perceptive me that some — if not most — of the cast may not have performed Shakespeare before or even know what blank verse is. They’re actors, after all, not academics.

Chris explained that blank verse is unrhymed iambic pentameter – in other words, each line contains five iambs, a succession of alternating unaccented and accented syllables as in “the CAT will MEW and DOG will HAVE his DAY.” He explained that English is essentially iambic and meter provides help in memorizing lines, especially for those Elizabethan actors who put on “eleven performances of ten different plays in two weeks.”

Then Chris said something I’d never considered: when Shakespeare violates the iambic scheme, the offbeat signals something amiss, and the actors should take heed and ponder what’s the matter. For example, in the opening prologue, the line “From AN | cient GRUDGE | BREAK to | NEW MUT | ti NY” violates the unstressed stressed pattern as it describes and echoes the breakdown of law and order that Verona suffers because of the Montagues’ and Capulets’ on-going feud. This echoing of sound and sense is what makes poetry poetry — it creates the magic that renders airy words into palatable images.

Chris was brilliant in his explication of how the sounds of words contribute to their meaning. Throughout the session, he constantly prodded the actors and actresses to reach deep into their psyches to mine emotions that corresponded to their characters’ situations, using the words of the text as guideposts.

For example, in this particular production, the director has decided to use the often cut prologue that begins 2.1

And young affection gapes to be his heir.

That fair for which love groaned for and would die

With tender Juliet matched, is now not fair.

Alike bewitchèd by the charm of looks,

But to his foe supposed he must complain,

And she steal love’s sweet bait from fearful hooks.

Being held a foe, he may not have access

To breathe such vows as lovers use to swear.

And she as much in love, her means much less

To meet her new beloved anywhere.

But passion lends them power, time means, to meet,

After musing why Shakespeare might have added this seemingly unnecessary plot summary, Chris prompted the actress who was to speak the lines in the play to consider who might say something like this, in other words, prompted her to think of the sonnet not as a mere public service announcement but as the words of a flesh-and-blood human being with ideas and prejudices. Through Socratic questioning, he prompted her to analyze the speech’s diction, which prompted the actress to detect some bias in favor of Juliet’s family, the Capulets. Juliet is called “tender,” and the speaker subtly points out Romeo’s fickleness with the phrase “and loves again” — after all just a few hours ago he had considered himself hopelessly in love with Rosaline. Thus, the actress was transformed from a spokesperson into a character, a cousin of Juliet’s perhaps.

This delving into what it means to be human is a hallmark of the art of acting and one of the reasons art education is crucial for our schools.   Yes, we need to know how to read and write and to add and subtract, and, of course, science, especially when even at this late date, our state legislators demand that South Carolina’s citizenry be reminded that our state fossil, the wooly mammoth, was created on the 6th day.

Nevertheless, in this age of materialism, the arts are absolutely crucial as well. Music, painting, sculpture, and acting provide us with insights into what it means to be human and vehicles for expression that bring to light and air the communal essence of our very own beings.

I envy those actors in Romeo and Juliet who must channel their individual souls to breathe life into words printed on a page, who help us see the old and young playing out the age old drama of life as we live it.

So I raise my bloody mary to the arts. 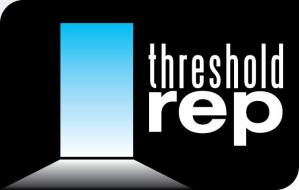