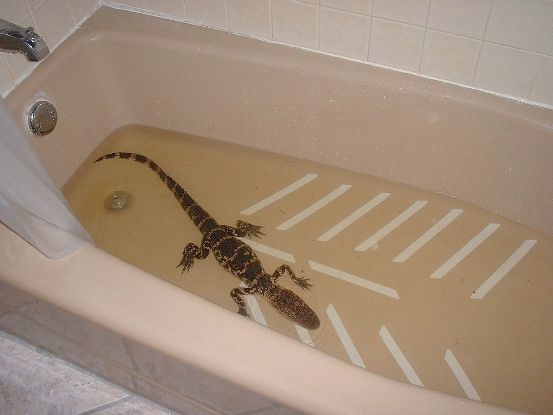 Although my brother had not been born when the incident occurred, he has heard the retelling so often that he swears he witnessed it, swears that he remembers the alligator snapping as it scuttled in the shallow water of our bathtub. I, myself, aged two or so, who shrieked there naked in that linoleum bathroom, have no recollection of the incident at all, though I, too, from multiple retellings can see the events occur, can see the climax of the tale unfold on the drive-in movie screen of my mind: a red-haired 24 year old mother and her red-haired toddler at bath time encountering a baby gator that her husband had deposited in the tub before departing to continue his bar hopping. Of course, the best retelling was a duet, Mama and Daddy counterposing their split screen roles in the Gothic comedy: Daddy and his pal Tea hitting juke joint after juke joint, taking a propitious gator-discovering ditchside piss, the capturing and bagging.  Mama out somewhere with me and then back home impatiently shelling peas on the porch in the humidity wondering where the son-of-a-bitch had run off to. Their mutual laughter in the telling and retelling of the tale suggests that they were happy it had happened.*

*Of course, in my former role as mandatory reporter of child abuse and neglect at Porter-Gaud, I’d probably have to call DSS if one of my students had shared a similar story with me, perhaps resulting in the child’s removal from the home and replacement into foster care to live with someone wholesome like Paula White. 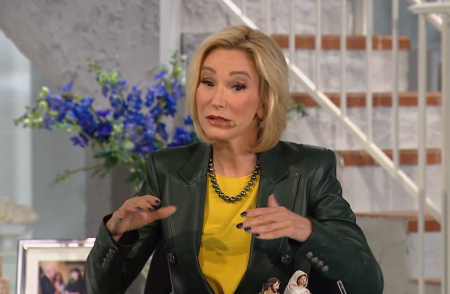 Unfortunately, storytelling has disappeared from Porter-Gaud, partly because teachers share no common space and partly because the pinging of emails and the flashing of voice mails demand too much of attention. I had a colleague who in years past regaled us with her forlorn trips back to her hometown Barnwell where, in the shadow of the “Atomic Bum Plant,” she’d celebrate what she called “a Tennessee Williams Christmas.”

As a storyteller, she possesses the Chaucerian talent of individualizing a type. Her mother, the dowager, reminiscent of Faulkner’s Caroline Compson in her small-town slow decay, but with her own unique identity, the drawled zinger, the hawk-eyed fault finding. Add a maiden aunt, the clutter of knick knacks, darkened rooms, the smell of cedar – and you’ve recreated a palpable world. I’ve been there, though I have never set foot in that house.

As Southerners, we’re both the descendants of Flannery O’Connor, perverse, reveling in the grotesque, living a nightmare and finding it funny. 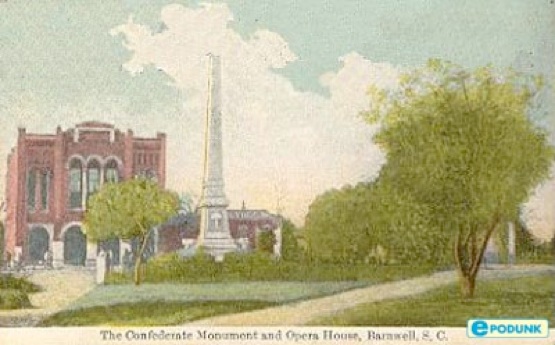 Alas, I fear that raconteurs like my friend are a dying breed – not only that – but that the old eccentrics are dying out (or being rendered bland by homogenization). Of course, hoary headed malcontents have been bemoaning modern ways since Socrates complained that writing would ruin language, that reading would silence words, remove the oracular from the narrative, render the dactyls mute, transform the communal experience into a solitary one.

Now some fear that reading itself will disappear, replaced by easily processed images, the hungry eye not patient enough to bother with decoding, needing the quick fix of quick-cut-rat-a-tat editing.

However, I, for one, doubt that movies will ever supplant poetry and prose as the chosen vehicle for our highest narrative art, whether we’re reading those words in leather-bound books or on Kindles.

Ah, but the storyteller – where is he to go to tell his tales? In neighborhood bars with those massive screens that draw your head away like a hypnotist? On the screened porches of upscale neighborhoods? From the pulpits of Baptist churches in dying, congregation-starved towns like Branchville or Eloree?

Despite its endangerment, I suspect that the oral tradition will never really die completely out, even in suburbia, because people naturally love to hear a good, well told story. I can attest to this: PowerPoints for all their snazzy transitions and striking images are for students the bane of contemporary education. Fire one up and hear the groans.