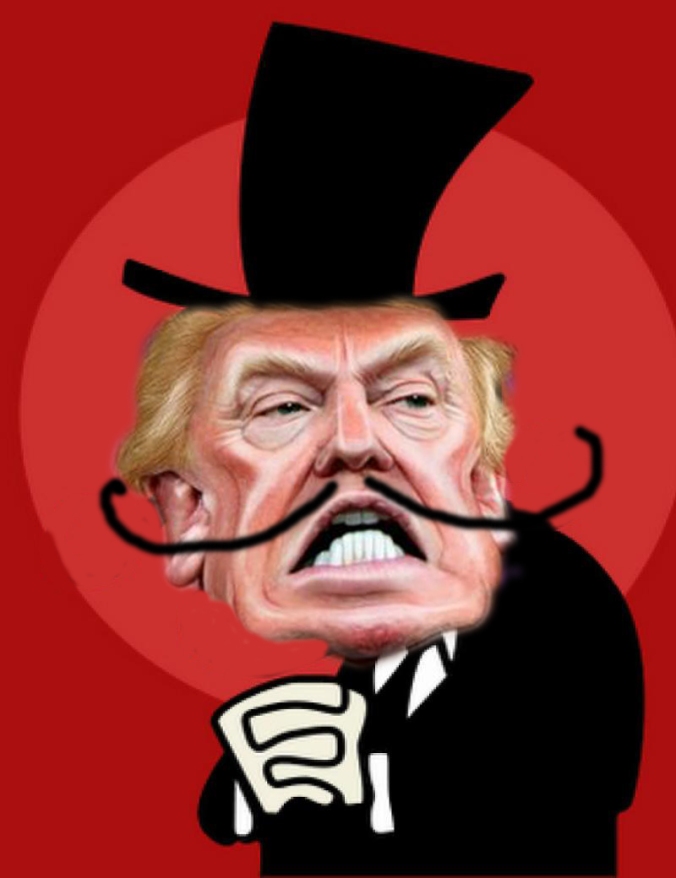 I hate to admit it, but during the Republican primary season, I found Donald Trump to be amusing, his buffoonery charming in a counter-intuitive way, the way you might find yourself chuckling at Fyodor Karamazov or Snidely Whiplash.

Take for instance, Trump’s Low-Energy-Jeb shtick. Here is a man who embraces his wealth like a teddy bear, a man who flashes his net worth like a grandparent sharing photos of his progeny, a man in his 69th year who on national television mocks the physical posture of a former governor as if they’re running for student council representative for the 8th grade.

But let’s face it: Trump lacks the charm to remain amusing for very long because he lacks the ability to be self-deprecating. Imagine his delivering a speech at the end of a White House Correspondents Dinner or a Don Rickles Hollywood Roast, Trump’s tangerine complexion gone red-orange in rage, drool dripping from the lower left arc of his sphincter-shaped mouth as it arse-belches vengeful rebukes.

No, ultimately, Donald Trump is about as amusing as the Battle of the Somme, and it’s time that we start the very serious business of making sure he’s not elected President of the United States – and that we includes the neo-Manicheans of the Never-Hillary Bernie Brigade.

One thought on “Trump, the Ultimately Unfunny Buffoon”