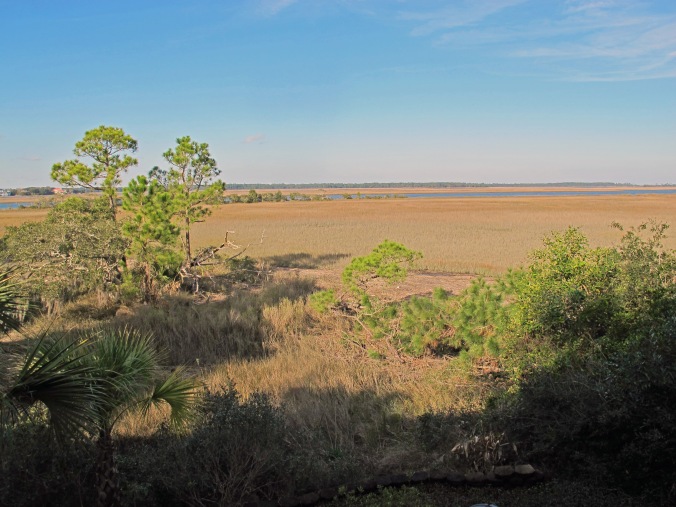 Outside of Hoodoo Headquarters

As the sun arcs across the bluest of skies on this glorious Saturday of a three-day weekend, why squander my benevolent mood by overturning the rock of US politics and commenting on the spectacle of the scurrying vermin underneath?

Let’s not go into Trump and Cruz bouncing off the ropes of Thursday’s debate delivering forearms and leg kicks like Jessie Ventura and Nikolai Volkkoff.

Let’s not revisit the pairing of Lindsey Graham and Jeb! standing awkwardly abreast at yesterday’s endorsement like Muff and Jeff . 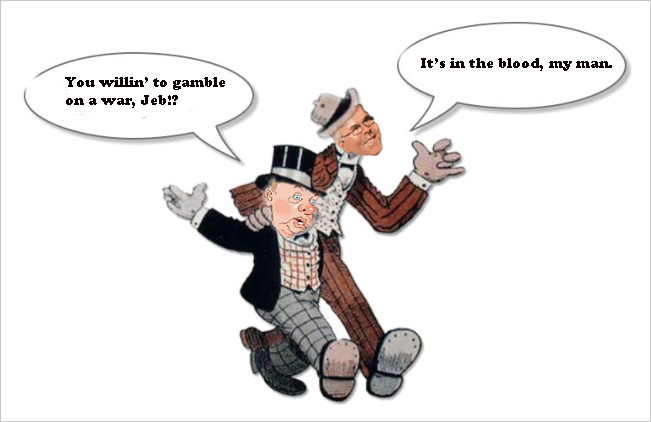 And what about this century’s remake of the 1972 Democratic contest with Hillary Clinton in the role of Edward Muskie and Bernie Sanders playing George McGovern?[1]

No, I’m headed to the closet to don my pith helmet for another episode of “Hoodoo Anthropology.” Today, my adopted hometown Folly Beach celebrates its annual culinary extravaganza a “Taste of Folly, which I’ve never checked out, so I’m curious to see what type of crowd the festival attracts. You would think attendees might be a bit more subdued than the roisterers who descend for Folly Gras and Follypalloza, but frankly, I dunno.

What I do know is that the streets have been cordoned off, draught beer is flowing from sidewalk taps, and, of course, the chefs of Folly have taken extra care to present their signature dishes.

Your intrepid reporter/anthropologist (IRA) and his spouse/assistant (SA) park their bikes at Chico Feo. Charlie, bartender extraordinaire, informs them that a bluegrass trio will be performing at 5, and that the owner/proprietor/chef (OPC) Hank Weed has set up a station offering a taste of Chico on the main drag that bisects this seaside community.

We cover the block to Center Street on foot. 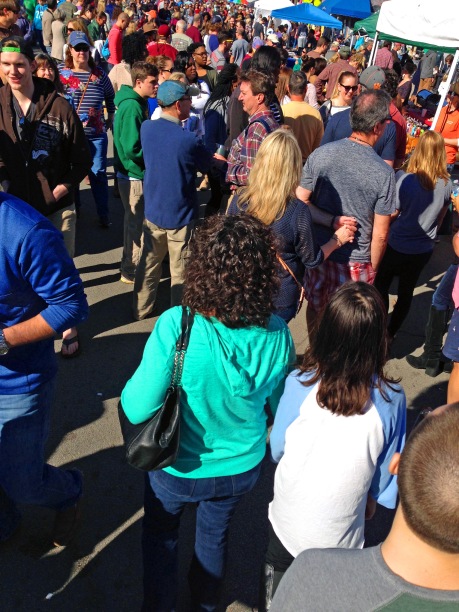 Over time, your IRA has developed mild anxiety when enmeshed in the amoeba-like pulsations of a crowd. SA Birdsong is hungry, a happy coincidence, but the lines for food are long along the bustling thoroughfare. As luck would have it, the queue for the Jack of Cup’s (JOC) curry is manageable, so the two split up; SA Birdsong procures two bowls while IRA goes inside the saloon to obtain a beer.

As sometimes happens in small villages, sitting right outside of the JOC are two friends, Larry and Jed, who offer an area of the table where SA and IRA can stand and enjoy the absolutely delicious combination of rice, potatoes, curry, peppers, etc. 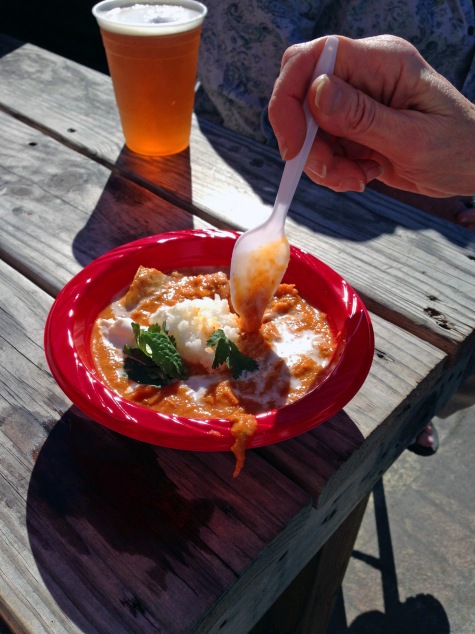 Since Larry has been on site since “the crack of eleven,” he has procured a wristband that allows him to transport beers as a pedestrian.

“Since when do you need a wristband to drink at a Folly festival?” IRA asks.

“It’s new this year,” Larry says. “It’s not too bad. Costs a buck. They make it efficient.”

“Maybe so, “ IRA thinks, “but here’s another instance of government complicating the lives of citizens.” He wonders where Cruz, Trump, and Bush might stand on the issue.  No doubt nanny staters Bernie and Hillary are all for it.

As IRA enjoys his beer, someone approaches him from the back and begins to tenderly massage his shoulders. Out loud IRA wonders who it might be — Emmylou Harris? Chrissie Hynde? Margo Timmins? Ambrosia Parsley? 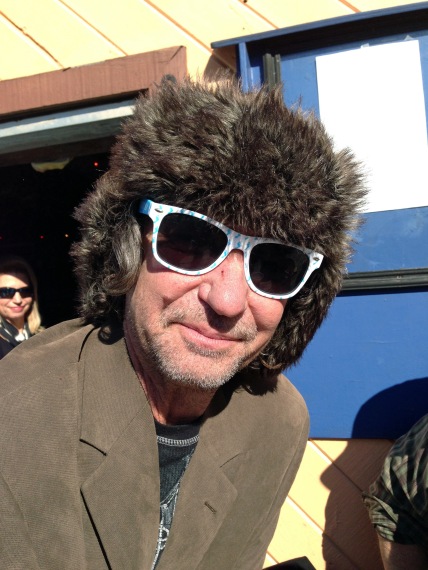 “You know what,” Vinnie says, “I’m going to get drunk today.”

Vinnie [emphatically]: “Yes I am. You know why?”

Vinnie: “Because I got drunk last night, and I can’t get over it.”

Bottom line: the festival goers seem to be having a fairly good time.

[1] Dream tickets: Sanders and Sharpton vs. Cruz and Cotton in a “the-center-cannot-hold” contest.