I hate it when columnists/bloggers go all ADD and cop out with slapdash hodgepodges entitled “This and That” or “Some Random Thoughts.” I see it as an abnegation of journalistic responsibility, a way to avoid the rigor of crafting a coherent piece on something of interest. How dare they take the primrose path when I’m bored and need intellectual stimulation! 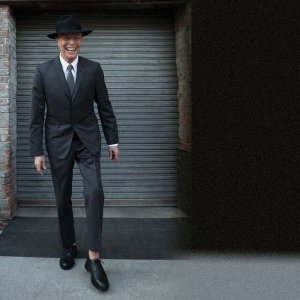 There’s so much out there that begs for thorough study. This week, for example, we have the death of David Bowie, whose passing has generated an enormous outpouring of almost unanimous praise. Sure, when Lou Reed checked out of this Motel 6 of Woe in October of 2013, his death generated a fair amount of interest, but compared to Bowie’s passing, the media response was like Joey Bishop’s dying versus Johnny Carson’s.

I would have never guessed Bowie enjoyed such widespread reverence. I’m not surprised that countercultural, leftwing naysaying card-carrying hedonists like I-and-I were drawn to his androgynous flamboyance/chameleon-like iterations of personae, not to mention to his music, an eclectic body of work that ranged from sunny pop to three-chord rock to apocalyptic ballads to funk to disco and finally atmospheric jazz.

But dig this, even NASA’s official Twitter account paid tribute: “And the stars look very different today.’ RIP David Bowie.”  Also, Conservative Prime Minister David Cameron: “I grew up listening to and watching the pop genius David Bowie. He was a master of re-invention, who kept getting it right. A huge loss.” Add to those worthies Chris Hadfield, the first Canadian to walk in space! [1]

What does this outpouring of love from the mainstream for the fellow pictured below say about our culture? 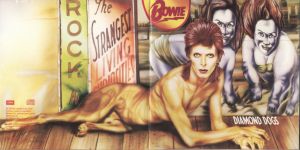 One of you latterday de Tocquevilles needs to get off your lazy ass and get to work because I’m moving on to another story in the world of sports.

OXBOROUGH, Mass. — New England Patriots defensive end Chandler Jones had a bad reaction to a substance “that is not illegal” on Sunday, which led to him being admitted to a local hospital, sources tell ESPN.

Was it a really bad case of poison ivy, which, believe it or not, is legal in all 50 states?

On Wednesday, citing a source familiar with the situation, the Boston Globe also reported that Jones did not overdose on a drug such as cocaine or heroin. The Globe reported that it was synthetic marijuana, which is not illegal in the state. Jones lives near the Foxborough police station, and he walked there to seek help after the bad reaction.

As it turns out, Jones and I share much in common. Not only did I not overdose on a drug such as cocaine or heroin on Sunday, but I also live so close to the police station in my community, I could walk there if I were to ever get a bad reaction from legal synthetic marijuana, but come to think of it, I’d probably opt to seek succor at a different venue.

Oh, yeah, and you’ve probably heard that filmmaker Jon Ritzheimer, undaunted by the poor review I gave to his previous movie, has just released yet another motion picture.

This one is an action flick in which the self-styled militiaman, one of the “ring leaders” of the occupation in Oregon, goes ballistic after receiving sex toys in care passages.

Let’s just hope he’s not read this Twitter thread in which clever non-patriots mock the Bundy Boys with imaginings of what those lonely nights in the Oregon hinterlands must be like:

Has anyone asked those patriots about Bowie’s passing? C’mon journalists, get the lead out. By the way, did you know Bowie’s real last name was Jones, just like the New England defensive end’s? And that “jones” is term that druggies use to describe an addiction?

[1] On the other hand, my prayers that I could find something positive Paul Ryan had to say about Bowie have been fruitless, nor have the Cruz, Bush, Huckabee, or Santorum campaigns responded to my emails asking them to comment on Bowie’s death.