I hesitate in this family blog[1] to broach the provocative subject of political spouses, those other halves who often elicit irrational and vehement emotional responses from the brave and the free. For example, some members of my extended family despise Hillary Clinton with such an amped-up animus you might think that she had deliberately poisoned one of their beloved pets. I mean, I can see how someone might find Hillary off-putting somehow, but good lord, what could she possibly have done to generate such animosity? Is marrying and constantly forgiving a philanderer, not initially taking his name, working outside the home, and murdering your ex-law partn– choosing garish brightly colored monochromatic pantsuits so wrong?

These irrational responses to candidates’ spouses, however, can also be positive (in a manner of speaking).  For example, I know a delightful, compassionate, witty woman who idolizes Laura Bush as if she were St. Teresa of Avila.  After enduring an earnest catalog of Laura Bush’s many virtues – poise, spunk, and good taste – I asked my interlocutor (I’m waxing Buckleyean this morning) if she knew that Laura was a smoker.  Oh-no-she’s not.  Oh-yes-she-is.  I mentioned the smoking not because I consider it a character flaw but because I merely wanted to suggest to my friend that Mrs. Bush wasn’t absolutely a paragon of virtue. However, Laura is all right. My son Harrison briefly spoke with her at a Congressional picnic, and he said she was chatty, asking him for whom he worked, mentioning that she and George (as she referred to W) had flown once with Harrison’s Congressman (Bud Cramer) in some kind of official capacity. He said she came off as a genuine and humble person.

Michelle Obama seemed to be a fairly popular First Lady within the realm of the non-poisonedly partisan and non-racist segment of our population. I somehow never picked up that her father’s side came from the Gullah population of the Lowcountry of South Carolina. Anyway, she embodied upward mobility, following her brother to Princeton and becoming the first family members to receive a college degree.  Then off to Harvard Law and later to land a job at a prestigious firm where she met her future husband, ol’ whathisname. Anyway, she was poised and delivered some killer convention speeches . . .

Which brings us to Melania Trump, who is the first First Lady you can check out nude if the inclination strikes you. (I myself have no desire to see any first lady nude except perhaps Dolly Madison.)  Anyway, early in Trump’s term, I sympathized with Melania, wrote this piece about her, but then after her wearing a ”I Really Don’t Care, Do You?” raincoat while visiting detention center for migrant children, my sympathy dissipated.

At first after the brouhaha, she said there was no message intended by wearing the coat, but later claimed that she was sending a message to the leftwing media, not to the detained children, which begs the question, if she didn’t really care what the media thought, why bother to wear the coat?  Anyway, as some wag has pointed out, Melania can come off pretty creepy, looking as if she’s trying to bend spoons with her mind.

Okay, who’s next?  Jill Biden or will we get another dose of Melania or – I shudder to imagine it — will an Adderall overdose or massive heart attack usher in First Lady Karen Pence, aka “Mother?”  Or then Biden could win and keel over post inauguration, and  we’d get our First Gentleman.

Who knows?  I certainly don’t. 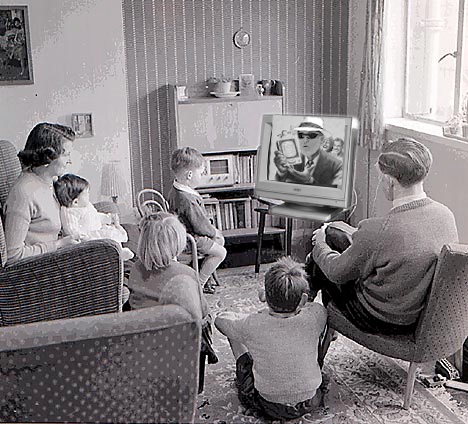 Now that’s what I call wholesome