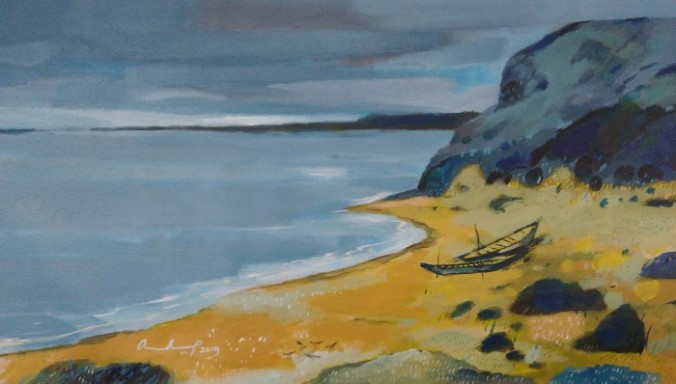 Glad I was when I reached the other bank,

a love of freedom rarely felt.

Man to be poor, man to be prodigal,

the half-man searching for an ever-fleeing other half,

and the countryside not caring,

a shadow of cloud on the stream.

A cento, sometimes referred to as a “collage poem,” consists of lines from other poems cut out and reassembled.

Note: Michael Field was the pseudonym of Katharine Harris Bradley and Edith Emma Cooper, pictured below.