In August of that year, I had on a whim enrolled in a tennis course mistakenly thinking it would count as an elective. Given my busy schedule of sometimes going to class, washing dishes at Capstone Cafeteria, and making the rounds of various pubs each evening, I had put off to the afternoon of the last day to drop a course without penalty to go through the rigamarole necessary to avoid further tarnishing my transcript.   To successfully do so, I needed to accumulate certain signatures.

After visiting the registrar’s office and securing the drop form, I trekked over to the far distant PE department and copped the john henry of the so-called instructor, the most difficult task in what seemed to me at the time as a Herculean quest – I had never been to class; I didn’t know his or her name.

After a bit of a runaround, somebody signed the form, so now all I had to do is to get my advisor to sign on the dotted line – something she no doubt would be delighted to do – but this rather severe woman gave me the heebie-jeebies. I sensed she held me in contempt -maybe because I was red-headed? or betrayed a contemptuous smirk when I dealt with her? or perhaps because I reeked of cannabis?  – I had no idea why she disapproved of me, but I imagined her animus was as palatable as dandruff-sprinkled wool.

Of course, she signed it – probably not even really knowing exactly who I was.

With the two signatures secured, I rode the elevator down to the lobby of the Humanities Building with a half-hour to spare before the Registrar’s Office closed.  As the elevator door opened and as I stepped out, the form somehow fluttered from my hand – and I swear I’m not making this up – it disappeared cartwheeling through the gap between elevator and lobby into the dark underworld of that hideous structure.

I could have tried a thousand times to flip the form through that gap and probably not been successful even once.  I stood there astonished, frozen, unbelieving. 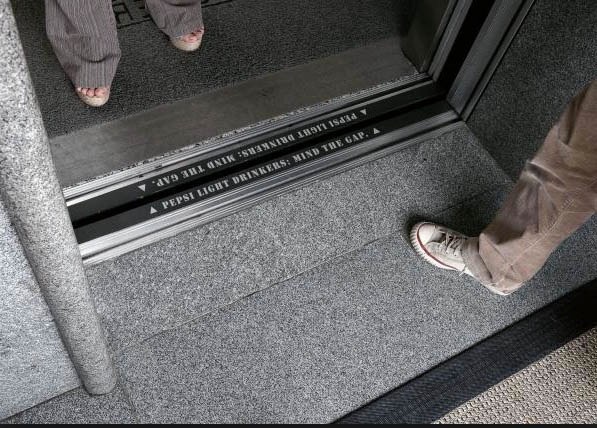 I literally ran back to the registrar’s office, grabbed another form.  With the clock reading ten till five, my only recourse was to forge signatures, and in the case of my tennis instructor, to make up a name because I had already forgotten it.*

*Although I doubted it at the time, this strategy of forging and making up names worked.  In a pre-digital university with 20,000 students, what functionary is going to check to see if the the signatures are legit?

I shared that year an apartment with a bassist named Stan Gibbons who worked at the Record Bar at Richland Mall and who possessed a record collection extraordinare.  It was an upstairs apartment in a ramshackle house built in the Twenties on Henderson Street, a house long ago purchased by USC and transformed into a parking lot.

After the traumatic experience of having some malevolent spirit snatch the form from my hand and deposit it sideways through the one inch slot of the elevator shaft, I trudged up the steep hill to my house and up the steep stairs to the shithole I called home (my bed was in the kitchen) to watch the NL playoff game between the Mets and Reds on Stan’s black and white portable TV.

As the sun set and a cold front passed through, it started getting very chilly in the apartment. Need I mention that the apartment was unairconditioned and every window frozen into an open position? I managed to ram two windows down, but a third, one of two facing the front of the house, wouldn’t budge.  However, summoning every ounce of my 140 or so pounds, in a Samsonlike shouting concentration of force, I slammed the window down with such violence that the glass shattered.

What else, I inwardly whined, could go wrong today?  Now ice cold wind was streaming through the broken glass. I had no recourse but to light the heater, a gas fueled relic from the 1950’s.  This action required igniting a pilot light, something, again, I had never attempted, yet after maybe twenty or so attempts, whoosh, success.  I turned up the heat to a nice toasty temperature.

So I leaned back in a threadbare chair to watch the game.  In a minute or two, however, I smelled something burning, and turned around to see flames leaping from the stove upon which Stan’s record collection rested.  How could I have not noticed them sitting there in their cardboard boxes?  After all, I played them all the time.

I snatched the records off the stove, sickened by the stench of melted vinyl.  Every single LP was severely warped, unplayable.  Desperate ideas darkened my mind.  Hitchhiking to Nome, Alaska, never to return.  Telling Stan an outrageous lie: “Hey, Stan, someone must really hate you.  They broke in to the apartment through that window and set your records on fire.”

But I did neither.  When I heard his dreaded tread upon the stairs, I confronted him there and told him I had accidentally ruined his record collection.

It didn’t take long for the truth to register with the smell and my unchanging woebegone expression. He said he might have to move out but stuck with me until the end of our lease; then on amiable terms we went our separate ways.