Rush Limbaugh’s reemergence in the news as cancer victim/Presidential Medal of Freedom recipient reminded me of an incident about a decade ago when some of his usually supportive listeners turned on him for a minute or two. Rush had chided then First Lady Michelle Obama for being overweight. His typically trollish Yahoo commentators (sprawled on beanbag chairs in their darkened rooms), chided Rush, not because of the Rabelaisian hypocrisy of the equivalent of Fatty Arbuckle wagging his sausage-like forefinger at, say, Mae West. No, because the vast majority of Rush’s female listening audience considered themselves to be overweight and body-shaming uncalled for. 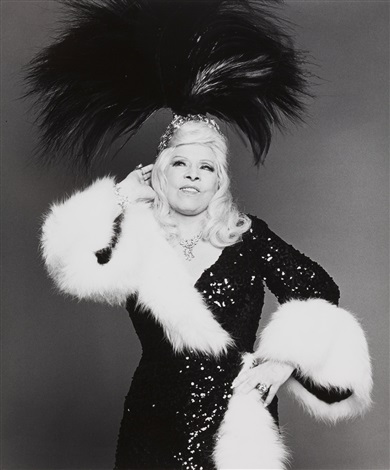 Meanwhile, the Far Right’s own Michelle Bachmann was inveighing against First Lady Michelle’s push to raise awareness of the benefits of breast feeding. “To think that government has to go out and buy my breast pump … You want to talk about nanny state, I think we just got a new definition,” she screeched.

Not, your breast pump, Miss Narcissist, an impoverished mother’s breast pump (perhaps one of those weak-willed abstinence-trained adolescents).

Leave it to the Radical Right to turn nanny into a dirty word. Next thing you know maternal will be a vile insult, like liberal. A maternal state that would like to see all its babies well-cared for is a pernicious place where the pocket of the patriarchal super rich is picked to redistribute their largesse among the issue of the lazy, the unwed, the unfit.

The fellow below has earned – well, actually, inherited –  his money; still, no matter how he got it, it’s unfair to skim a portion of that pile to fund the filling of  the cavities of impoverished children. Even the lightest redistribution of wealth, 5% say, would bring the economy crashing down around us like walls of Jericho. Wealth is a Calvinistic litmus test that determines who is blessed and who is not. Let the marketplace decide. We’re a patriarchy for Christ’s sake!

This Orwellian manipulation of language is incredibly effective: if you repeatedly make good things sound bad, they become bad in the minds of the listeners. For example, when I taught high school, each year I’d ask my students if anyone in the class identified as a feminist.  The girls would cast their eyes floorward and mutter “no” or “not really.”  “What?” I’d ask, feigning incredulity, “so you believe that you should earn less money than men working at the same job?  You believe your husbands should be able to tell you how to dress? You’re against maternity leave?” To them, a feminist is not someone who believes in gender equality but, rather, Rush Limbaugh’s Jungian shadow: the late Andrea Dworkin: unattractive, militant, butch. Repeat the word feminist and flash Dworkin’s image often enough, and she becomes the incarnation of feminism.

Alas, a deep acidic strain of misogyny, perhaps Bible-based, infects the worldview of the Radical Right. Otherwise, explain the visceral hatred that Hillary Clinton and Nancy Pelosi evoke. What gives?  What is it about these women that can generate enough animus to spawn millions of dollars in bumper sticker sales? Name a male Democratic politician who has stoked as much animus as Hillary and Nancy. Certainly, would think self-proclaimed Socialist Bernie Sanders would be an unrelenting target of their scorn, but thus far he hasn’t.

All that I can come up with is that for some strange, perverse psychological reason (I have my unscientific but intuitively rich guesses), members of the Radical Right resent their mothers and have projected their archetypal negative farrow-eating images on womankind in general.  Paradoxically, they’ll allow masculine models like Margaret Thatcher and Ayn Rand into their political and intellectual men’s clubs but banish more maternal women to domestic or secretarial duties. The females who carry the banner of the Radical Right – Ann Coulter, Laura Ingle, Katherine Harris – project hardness; sport inorganic, breakable hair; force their feet into corset-like stilettos; stomp toward the dais; spew sarcasm. They’re about as maternal as a backhand to the mouth.