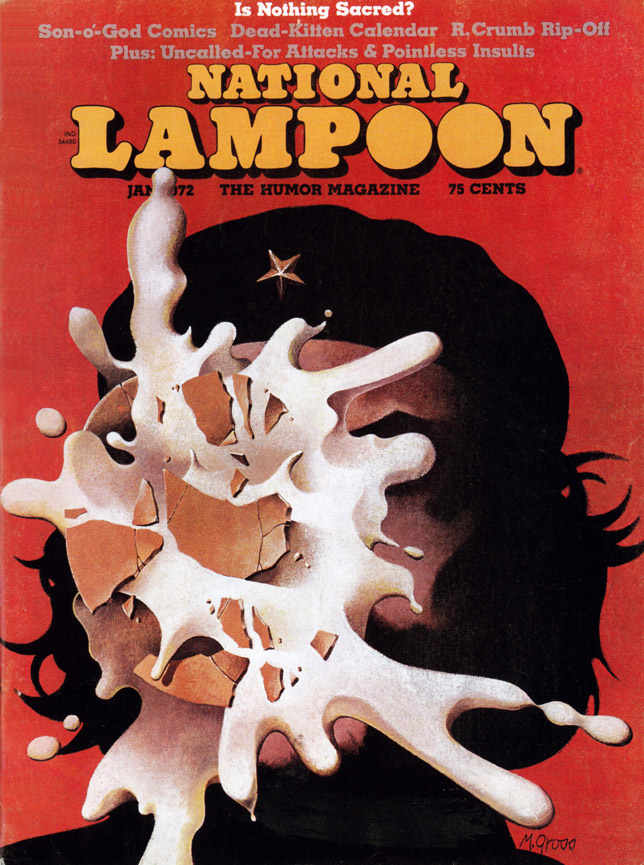 Look, I desitively dig The Onion, I mean BIGLY. They’re BIG LEAUGE for sure, true heirs of the great early 70’s National Lampoon, which itself was the great-great-great-great grandchild of the GREAT Jonathan Swift, who in his poem “The Lady’s Dressing Room” employs an epic simile to describe turds plopping into a chamber pot:

As mutton cutlets, prime of meat,

Which though with art you salt and beat

As laws of cookery require,

And toast them at the clearest fire;

If from adown the hopeful chops

The fat upon a cinder drops,

To stinking smoke it turns the flame

Pois’ning the flesh from whence it came,

And up exhales a greasy stench,

For which you curse the careless wench;

So things, which must not be expressed,

When plumped into the reeking chest,

Send up an excremental smell

To taint the parts from whence they fell.

The petticoats and gown perfume,

Which waft a stink round every room.

Repeating in his amorous fits, 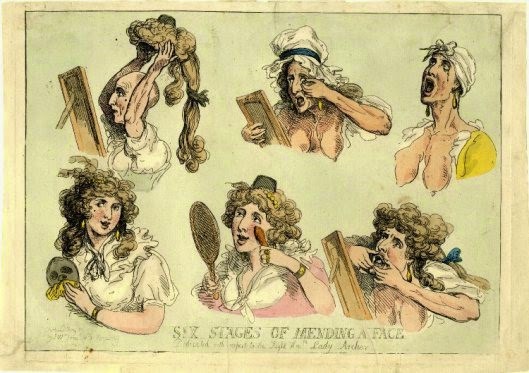 [Enter Horatio, Hamlet’s BFF]: There needs no ghost, [Stephron], come from the grave/ To tell us this.

Yeah, Stephron, what’s the big deal? Defecation is a necessary by product of ingestion, and in the great cyclic beauty of being, animal waste products can be used to fertilize plants.

Hey, Jonathan Smith, what’s up with this coprophobic obsession with feces?

I suspect Swift would answer that his point is not that Celia shits but that she’s a vain, frivolous woman who considers herself better than, say, the hired wench who polishes her silver, yet Celia’s upper class feces stinks just as much as her maid’s lower class shit.

Satire is a great leveler, a way for powerless wretches like I-and-I to vent our spleens upon the powerful, the foolish, i.e., politicians. Think of Mitch McConnell when you read the following:

The stench of wet coal, politicians

Faces smeared on their rumps,

Addressing crowds through their arse-holes,

Addressing the multitudes in the ooze,

Some satirists have defended their employment of the grotesque, cruelty, etc. on the need to shock people inured the horrors of the nightly news [punctuated every eight minutes by laxative commercials (and, later, by smiling segues into human interest stories)] into the realization of the true nature of the horror. In other words, to slap some sense into them.

Here’s a paragraph from Tony Hendra’s 1972 editorial from the infamous National Lampoon issue “Is Nothing Sacred?”

To a generation that, when it sees starving babies on the screen, knows it’s almost time for dinner, not much is sacred. All around us, the idols, ikons, and cows of 6,000 of Indo-Aryan culture lie shattered, and daily another paragon goes down to ignominy (Kissenger, Richard Speck) [and] another cherished tradition is lost (see Esquire’s stinging attack on cordovans). And now with Jim Morrison gone, there isn’t really anyone left to look up to [. . .]  it is possible that a society to whom nothing is sacred might just be a better one.

The Vietnamese baby in question, Ngoc, has her first couple of years, including a list of “firsts,” catalogued in her baby book:

Hey, that’s sick, cried the bourgeoisie when the issue came out, the bourgeoisie who reelected Nixon in a landslide and whose tax dollars went to making sure our military had enough napalm to incinerate the requisite number of Cambodian villages (or to update the example, has enough drone missiles to obliterate Syrian encampments).

In this sense, as self-righteous as it sounds, O’Donoghue considered himself a sort of moralist.

The Onion has at times crossed the over from the realm of gentle, good-natured mockery into the shadows of bitter sacrilege. For example, here’s an image with something to offend virtually every one.

WASHINGTON—Following the publication of the image above, in which the most cherished figures from multiple religious faiths were depicted engaging in a lascivious sex act of considerable depravity, no one was murdered, beaten, or had their lives threatened, sources reported Thursday. The image of the Hebrew prophet Moses high-fiving Jesus Christ as both are having their erect penises vigorously masturbated by Ganesha, all while the Hindu deity anally penetrates Buddha with his fist, reportedly went online at 6:45 p.m. EDT, after which not a single bomb threat was made against the organization responsible, nor did the person who created the cartoon go home fearing for his life in any way. Though some members of the Jewish, Christian, Hindu, and Buddhist faiths were reportedly offended by the image, sources confirmed that upon seeing it, they simply shook their heads, rolled their eyes, and continued on with their day.

I admit I included that image hesitantly, knowing some of my readers would find it highly objectionable, but The Onion’s point is well taken. You don’t go off and murder satirists no matter how tasteless, offensive, mean-spirited and/or stupid their product is.  Their target here is not the great religions of the world but religious fanatics who do real, palpable harm.

What worries me more is that in the latest Onion output the satire doesn’t seem all that hyperbolic:

WASHINGTON—Amid concerns that a U.S. attack on a Syrian government air base would only escalate the ongoing conflict in the region, President Trump assured Americans Friday that his decision to order a missile strike came only after carefully considering every one of his passing whims. “I want to make it perfectly clear that the decision to launch a military intervention in Syria was the result of meticulously reviewing each fleeting impulse that I felt over the last 48 hours,” said Trump, adding that after learning of chemical weapons used by Bashar al-Assad’s forces to kill innocent Syrian civilians, he gathered his top military aides to pore over dozens of his sudden knee-jerk reactions to the situation. “I examined many different options that whirled through my mind in the moment, including authorizing drone strikes, deploying U.S. troops to Syria, sending in SEAL Team Six to take out Assad, getting up and grabbing a snack from the kitchen, doing nothing, and dropping all our nuclear bombs on Damascus at once. Ultimately, I concluded that an airstrike was the best option at that particular second.” Trump went on to say that if the Assad regime’s behavior continues, he will not hesitate to order further military action if he hasn’t already completely forgotten about Syria by then.

Except, the quotes from Trump appear in sentences far too well-crafted to have emerged from his mouth, and I doubt seriously if “meticulously” is in his working vocabulary.

At any rate, I say rage on Juvenal, rage on Swift, rage, rage against the stupidity of all ages, though, I suspect it does very little good when it is all said and done.

[1] Stephron had been rummaging around his girlfriend’s dressing room when she was out and stumbled upon a cleverly disguised, which he mistook of a cabinet.

One thought on “Yet Another Short Treatise on Satire: In Defense of Bad Taste”