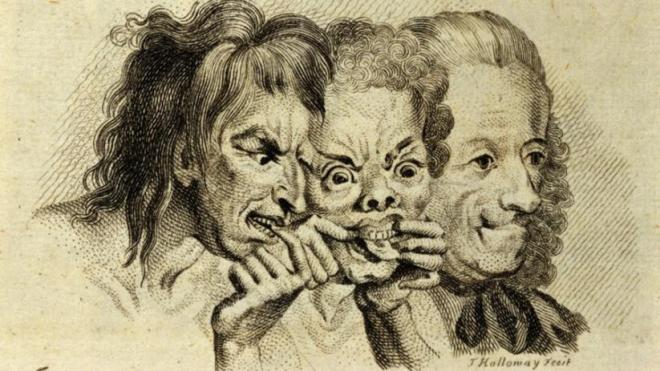 Over her lifetime, my mother, bless her soul, accumulated an abundance of spurious wisdom based on a combination of unscientific observation and intuition. Sometimes she’d have forebodings and forbid me from doing rather pedestrian things like riding my bike home from the gas station where a flat tire had been patched. “No, I just have this awful, awful feeling,” she’d say. “Something’s bad’s going to happen if you ride that bike.” In other words, I was doomed to be flattened by an 18-wheeler or smack into a tree and spend the rest of my life in a wheelchair. So we’d cram the bike in the back seat and drive on home.

Undoubtedly, her sense of doom has contributed to my rather pessimistic view of the world. You know, irrational thoughts like thinking your team’s going to lose the Super Bowl even though they’ve racked up in the third quarter an insurmountable lead the likes of which has never been overcome in a half-century of Super Bowls.

Sometimes, though, I think Mama did hit the mark with her unscientific conclusions — for example, her contention that time etches people’s ultimate personalities onto their faces by their habitually assuming certain telltale expressions, e.g., the angry, scowling malcontent’s mouth carving a perpetual frown, the bland sweet matron’s pleasant expression blanking away wrinkles —  the equivalent of the warning I received as a young child that my “face was going to stick like that” if I kept making grotesque faces.

Just for the hell of it let’s take my mother’s theory and apply it to President Trump’s closest advisors.

Okay, I know I’m pulling a Trump here, criticizing a woman’s looks, but I’m not saying Kellyanne’s unattractive, just that she looks mean.  She’s a brittle-looking 49 to me, and no doubt being the target of so much ridicule will only harden her more, turning sinister those ersatz smiles aimed at the cameras of MSNBC.  Perhaps once she possessed a “sunny disposition” but something has soured it.  Working for Trump can’t be good for your soul.

To me she looks like she could be the illegitimate daughter of Phyllis Diller, though without Diller’s self-deprecating wit – a commodity that seems to be lacking across the board among Trump and his staff.

I’d cast Kellyanne as the wicked stepmother in the Snow Whites of New Jersey.

As far as looks go, I think Steve Bannon comes off as the coolest.  I like the way his abundant whipped-back hair sometimes falls in his eyes.  He’d, make a great character in a Tennessee Williams play, the rugged terrain of his face blotted with gin-blossoms, his eyes puffy, his spinal fluid pumping white supremacy.

Banner’s the absolute opposite of Mitt Romney – disheveled, disorganized, paunchy, atheistic, hungover.*  Sure, he’s evil, but if I had to have 10 beers with one of these dark apostles, he’s be the one I’d choose. 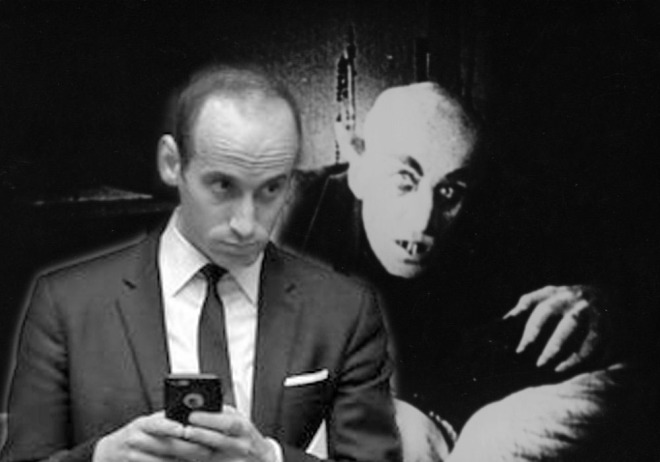 Would definitely choose him over Steven Miller.  I don’t know a thing about Steven Miller, who supposedly works hand on hand with Bannon, but certainly he and Nosterafu share a common ancestor.  His vulture-like demeanor precludes the possibility of empathy. 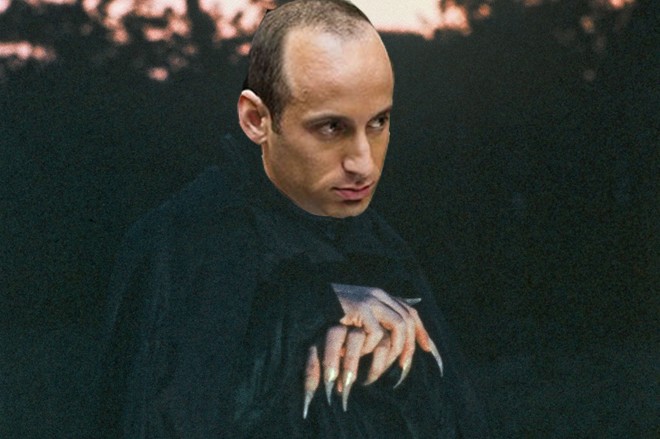 I predict he’ll age in warp speed like Abe Lincoln.  Like, I say, working for Trump’s toxic.

*Full disclosure:  *Psychologically it could be that I’m projecting my own self-description on Bannon the way that Trump kept calling Hillary crooked.

2 thoughts on “The Physiognomy of Trump’s Inner Circle”