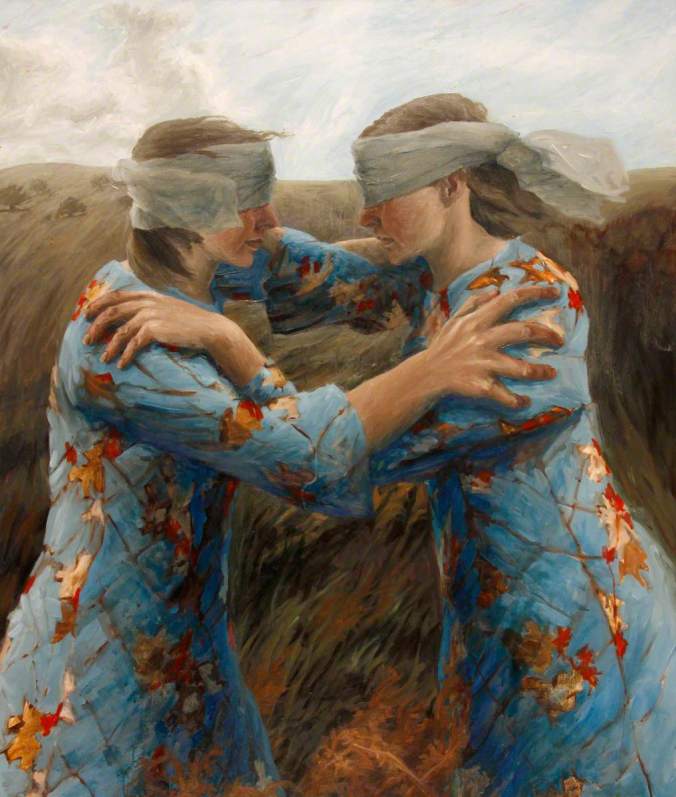 Several years ago, sometime after the turn of the last century,[1] my wife Judy Birdsong received an invitation to a party in Houston.  Judy replied to the email, stating that the cookout sounded lovely, but she was in Charleston, SC, so doubted that she was the targeted Judy Birdsong.

A bit later, she received another invitation, this one to a PTA meeting, and once again, Judy of Charleston replied to to let the sender know she was barking up the wrong aviary.

Then, more exotically, Judy received a host of emails from Ireland, again addressed to the Houston Judy Birdsong.

As it turns out, the Judy Birdsong of Houston is the daughter of an Irish immigrant mother and Lebanese immigrant father, and one of her 70 odd Irish cousins – no, it must have been a great uncle – was commemorating his 60th year as a priest so the clan was meeting somewhere in the Old Sod to celebrate a memorial mass he was officiating.

Thus began the relationship of the two Judy Birdsongs.  In their subsequent email correspondence, they discovered, among other things, both were the mothers of sons, worked as counselors in schools, were married to fantastic husbands, . . ..[2]

Throughout these erroneous emails, the Judy Birdsongs learned bits and pieces about each other’s lives, would ask how things were going, and in essence, become e-pen-pals.

Then the email tables switched.  The Charleston Judy Birdsong discovered that she must go through a severe regiment of EPOCH chemotherapy, went wig shopping, and emailed herself some jpegs of various wigs that ended up in the mailbox of the Houston Judy Birdsong.

Statements of encouragement and promises of prayers came from Houston.

Unfortunately, Judy’s cancer came back, and via the Caring Bridge website, last week the Charleston Judy received following message from Houston Judy on hearing we were headed to the MD Anderson Cancer Center:

Judy Birdsong Moore- our Judy Birdsong story continues. You have been on my mind every single day and today I finally logged in to get an update on you. Holy Moly…..you are coming to Houston? Sweet friend, if you feel up to it (and I will follow your wishes) I would LOVE to come and see you! The 2 Judy Birdsong’s can finally meet! You can’t ask for a better place than MD Anderson….they do amazing things. Please, please give me an update when you are here. After all these years of communicating, I think it’s time for us to meet! Positive thoughts and prayers from me to you. I am back at school too and just dropped off my youngest at UT. All is well here. And HOUSTON is a wonderful place (Hot and humid but I’m sure not as beautiful as Folly).

So on Labor Day a knock on the door of our Airbnb apartment produced – you’ve guessed it – Judy Birdsong, who took us on a sight-seeing tour of Houston and to lunch where we could chow down on authentic Tex-Mex, and it was as if we’d known her our entire lives, the conversation as free and natural as it is among soul brothers and sisters.

All in all, no matter the problems that arise – and they will, they will – the world is a marvelous place full of good, compassionate people, and Judy and I feel so very fortunate to have so many people praying, sending thoughts, and caring for us.

Postscript: Alas, my Judy died on Mother’s Day of 2017, but our 40 years of love will live on as long as my boys and I breathe.

[1] Forgive the pretention, but I just love the mustiness of the phrase.

[2] Actually, I made up the husbands thing to complete my propensity to adhere to the time honored tradition of series of three.  A priest, a rabbi, and an atheist walk into a a crack house . . .

5 thoughts on “The Other Judy Birdsong”