If a genuine Buddhist, I should have compassion for fellow sentient being Trey Gowdy, who had risen so high so quickly, but who last Thursday splatted back to earth with all of the grandeur of plugged duck.

The contrasting looks on his and Hillary’s faces as he left the hearings declared winner and loser, she, hanging around, flashing smiles; his face, shellacked with sweat, wore the expression of a highway patrolman on his way to ring the doorbell of the next of kin.

Virtually no one to the left of Jennifer Rubin, including Charles Krauthammer, thinks anything positive came out of last Thursday’s inquisition as far as the Republican Cause goes. In between classes during the hearing, I checked my Twitter feed to find this well-crafted 126-character tweet (complete with a dash) from former Reagan speechwriter Jon Podhoretz: “Why doesn’t Pomero just go over and swear her in as president now – if he goes on like this he’ll practically get her elected.”

In hectoring tones, Pomero demanded to know why Hillary hadn’t fired anyone in light of Benghazi attack.

“I followed the law, Congressman,”  Clinton answered. “That was my responsibility.”

“You’re telling me you had no authority to take anyone’s paycheck . . .”

“It is my position that in absence of finding dereliction or breach of duty, there could be no action taken . . . “

[Shouting]: “[The ultimate] decision was to put them back [with] full back-pay and keep them on as employees! [. . .] The folks in Kansas don’t think that is accountability.”

No, in Kansas, even if no underling is ultimately to blame, someone needs to have her paycheck taken anyway. Even if no one is really ultimately accountable, a scapegoat must be found.

How could this process of allowing intemperate, showboating backbenchers like Pomero to take turns asking questions lead anywhere but to a disjointed free-for-all contradiction of Gowdy’s claim that the hearing was not about Hillary? 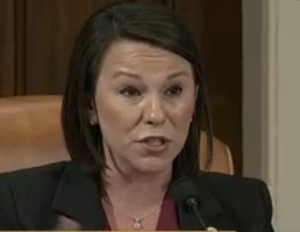 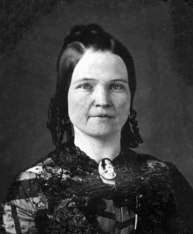 Representative Martha Roby of Alabama, the most un-Republican-looking Republican woman since Mary Todd Lincoln, asked Hillary if she’d gone home that night of the attacks and if she’d spent the night alone, which elicited laughter from both Hillary and some spectators.

If this strategy of giving everyone a chance to ask questions could have been avoided, if, say, representatives could have submitted their questions to Gowdy and he synthesized them into some kind of coherent avenue of inquiry, maybe the hearing could have been a success politically for the Republicans. I don’t know how much autonomy a select committee chairman has in piloting an investigation, but if Gowdy could have organized it differently, he is ultimately to blame for the fiasco.

But actually, the real culprit is that fan-of-the-Pope John Boehner who sanctioned the creation of the vengeful panel in the first place. After all, a bi-partisan but Republican-led committee had already conducted and completed a thorough investigation. The entire premise that the committee’s existence was based on “finding out the truth” instead of politically wounding the presumptive Democratic nominee is a lie — bad karma — and if “the best laid schemes o’ mice and men/Gang aft agley,” certainly that must be true of the worst laid schemes.

Despite Gowdy’s insistence that it “was not about” Madame Secretary, he’s the one who initiated the questions concerning the Blumenthal emails – what a few commentators have referred to as “a rabbit hole” as in [cue the Jefferson Airplane] Alice. It seemed as if the committee was ignorant of the fact that people in very high places have other more sophisticated ways of communication than email. As they kept hectoring Hillary about emails, my apolitical wife asked, “Well, what do the emails have to do with what happened in Benghazi?”

Does Gowdy actually truly believe that he is impartial? Does the author of this blog really consider himself a genuine Buddhist?

If so, trips to Delphi are warranted — Know thyself!

4 thoughts on “The Worst Laid Schemes of Mice and Men”