Warning: Through no fault of the author’s, the following fascinating and informative piece contains language that marginalized people may or may not find offensive.

You’ve no doubt all heard the probably specious story that Eskimos have something like 300 or 600 or 300,600 different words for frozen water whereas we denizens of warmer climes only have a handful – sleet, snow, hail, slush, etc. The idea is that because they spend so much time dealing with frozen water they can distinguish subtle differences in its consistency and so it follows that —

Un-oh, a new word processing app I just purchased, Offensive Connotative Terminology (OCT), has just generated a pop-up that informs me that “Eskimo” means “raw meat eater,” a pejorative name given to them by enemy tribes to the south and that E-words would rather we refer to them as Inuits, even though, as it turns out, Inuits do in fact eat raw meat. (No wonder then that there is a paucity of synonyms in the Inuit language for fire). 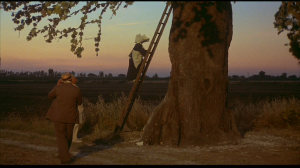 I’ve lost my train of thought. Where was I? Oh yeah, that creepy obsession Fellini and David Lynch have with midgets. What’s the scoop on that?

The damn thing’s gone off again. Looks like the word “midget” set it off. Let’s see, here’s a link in the pop-up that might offer an explanation.

Forget it, no way I’m going to write about Fellini and Lynch now. Try crafting a sonorous sentence with “person of short stature,” and to my sensibility “midget” conjures a less ominous image than “dwarf,” but anyway, I gotta go. I think I used “midgets” instead of “dwarves” in a piece I wrote about Folly Beach’ s freak show of a tavern, the Sand Dollar Social Club, a while back, so I better go back and edit it. [LINK TO SAND DOLLAR PIECE]