As the last few grains of sand from 2014’s proverbial hourglass slide through oblivion’s passageway, I thought preserve some moments — a least for a moment – for memory’s sake — lest we forget.

Domestically, it’s been an uneventful year with the rollout of the Affordable Care Act, the legalization of cannabis and gay marriage, and the mid-term elections topping the charts as far as significant occurrences that will ultimately matter in the future — unlike say, the Ebola pandemic panic or the indictment of Texas Governor Rick Perry.

Internationally, it’s been a different story with ISIS taking over parts of Iraq and Syria, the Soviet Union Russia annexing Crimea and marching its jack boot into the Ukraine, and our establishing diplomatic relations with Cuba.

However, we’re going to look at the lighter side of 2014 month by month unleavened somewhat by mentioning of a few significant passings, as the squeamish say.

So, let’s roll the newsreel!

Boo hoo, the BREW PUB closed on Folly, but Woo Hoo, we had a SNOW DAY; plus the Ravenel Bridge turned into a 3-D VIDEO GAME featuring ice javelins. Let’s call it Arctic Cleft Auto.

Pete Seeger died, but who wouldn’t trade his or her potential fruitful longevity for his?

Well I got a hammer,

And I got a bell,

And I got a song to sing, all over this land.

Pete Seeger and Lee Hays, “If I Had a Hammer” 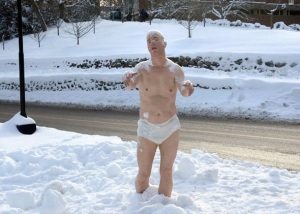 Not much going down, except an artist named Tony Matelli traumatized the delicate damsels of Wellesley with this terrifying statue of SCANTILY CLAD SOMNAMBULIST.

Yeah, and bummer, Philip Seymour Hoffman died and so did Maximillian Schnell, another great Oscar-winning actor — but the right way as a newlywed in his 83rd year. 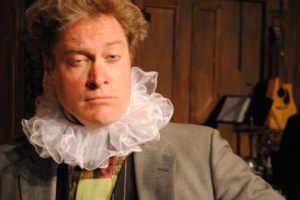 The big news for the blog was that NPR wrote a story on one of our posts and provided a LINK; however, even bigher news was the debut of Bravo’s reality series Southern Charm, providing the nation a peek of people-from-off moving to Charleston and getting drunk and high with a not-very-interesting native scion.

The Jack of Cups opened in the Brew Pub’s former space in tribute to the season of rebirth. 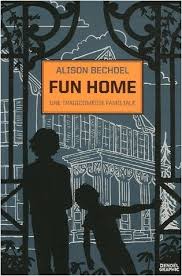 Senator Larry Grooms tried to defund the College of Charleston’s Summer Reading Program because the small government Republican didn’t like last summer’s book Fun Home – providing at least one English teacher a current-events example of irony in his subversive mission to convert his well-heeled students into Democrats.

Of course, the highlight of every April for us on Folly Island is the return of the KRUSHTONES.

Alas, the great GABRIEL GARCIA MARQUEZ left us, but once again, he’s up there in the Pete Seeger range in the fruitful longevity category.

I started hanging out at CHICO FEO, which led inevitably to my second, very unsuccessful career as DUB POET FILMMAKER. 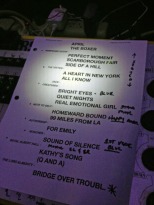 Except that a FRIEND DIED and my house caught on fire (details, details), June was an okay month in which we spent an “intimate evening” (no one took clothes off) with ART GARFUNKEL and got to watch a rehearsal for ROMEO AND JULIET.

A smorgasbord of celebrity deaths: Former Tennessee Senator Howard Baker, former San Diego Padre Tony Gwynn, former DJ Casey Kassam, and Ruby Dee, who wasn’t a former anything at the time of her death on June 11.

Despite a rather off-putting diagnosis of T-Cell Lymphoma, we had our share of fun in July watching the up-lifting TV series TRUE DETECTIVE and catching JOHN HIATT AND ROBERT CRAY at the Performing Arts Center.

And we bid adieu to James Garner, Johnny Winter, and Nadine Gordimer.

School started back up so once again for the 29th straight year I got to stand mutely while everyone else PLEDGED ALLEGIANCE to a flag.

No way to make this funny: ROBIN WILLIAMS OFFED HIMSELF.

South Carolina small government Republican Senator Mike Fair tilted his lance at the teaching of NATURAL SELECTION in the second decade of the 21st Century CE.

Notables bound for that undiscovered country from whom no traveler returns included Ian Paisley and Joan Rivers, two insult-slingers extraordinaire. 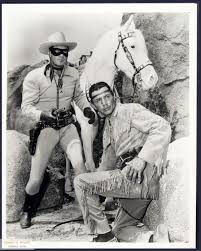 We rediscovered at BOYHOOD HERO and started a highly unsuccessful on-line STUDY GUIDE SERVICE while simultaneously dealing with the deaths of bassist Jack Bruce and rock musician Raul Revere. Say what you like, but that song “Kicks” is cool.

That and PD James won’t be writing any more mysteries nor will Tom Magliozzi solve any more car problems, but more significantly, Mike Nichols died, another Pete Seeger, Garcia-Marquez super-productive human being.

Not quite over yet as I type this, but it did mark the debut of what undoubtedly will be a Holiday Classic: BUBBA, THE REDNECK SNOWMAN.

Even though Joe Cocker and Mary Anne Mobley won’t be enjoying a happy new year, I certainly, sincerely wish you one!  And I especially thank my few, consistent readers.  Best wishes! 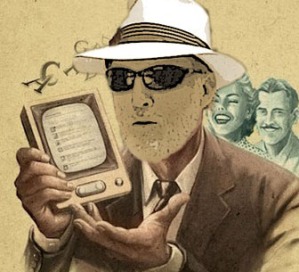 One thought on “Alms for Oblivion: The Lighter Side of 2014”