Although I rather regret turning my attention from the arts to politics, I can’t let this Benghazi show trial the Republican-led House is conducting proceed without a bit of acidic commentary chased with a shot or two of ad homnium bile.

I say “show trial,” because if anyone expected the “fair and balanced”  investigation Boehner promised, the committee’s chairman, South Carolina’s own Trey Gowdy, shattered that misconception Thursday morning on MSNBC’s Morning Joe when he announced,”If an administration is slow-walking document production, I can’t end a trial simply because the defense won’t cooperate.” [emphasis mine]

Trial? I thought it was supposed to be an investigation (even though there have already been two investigations on Benghazi, one led by Republicans. Well, if you first don’t succeed (see failed ad nauseum attempts to repeal Affordable Care Act . . ).

In googling Gowdy, I have discovered that he graduated from a Baptist university (Baylor), and then USC Law, worked as a pugnacious prosecutor, challenged and defeated Rep Bob Inglis, who had scandalized his constituents by stating that climate change was exacerbated by human activity.  On issues, Rep. Gowdy despises affordable health care, voted against Boehner to have the US default on its debts, and believes simultaneously in the sanctity of life and the death penalty. In fact, he would like the Court to revisit Roe versus Wade. In other words, he represents well the God-fearing crackers of his neon red district.

Yet, for all these so-called conservative (my adjective would be reactionary) viewpoints, Gowdy seems to suffer from a strange obsession that drives him radically to change his hair style every couple of weeks. I mean, in his three years in Congress, he has changed his do more often than Madonna has in her career, which, if you think of it, is the antithesis of conservatism.

For example, check out these two photos of Ronald Reagan: 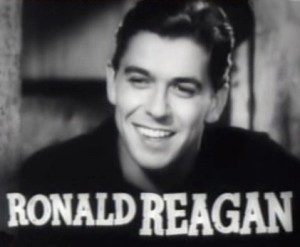 Gowdy, on the other hand, makes David Bowie seem consistent. I’m too lazy to figure out the chronology of his coifs to present the following photos in chronological order, except for the last one, so I have arranged them according to the decades they remind me of.

Lindsey Graham could never get away with this!

One thought on “Representative Trey Gowdy: The Thin White Prude”