You have to wonder if the reputation of the tiny sleepy hungover hamlet of Folly Beach, SC, will ever recover from last Saturday’s shocking assault at Snapper Jack’s. In case you’re just emerging from a coma and haven’t heard the news, Amber Fortson of Little River is outraged because Barbra Green 59, allegedly mistook Amber’s five-month-old son for a doll and “punched her baby in the face,” committing in the words of Mrs. Fortson, “a random act of stupidity.”

The day had started so promisingly for the Forstons who took little Baby Doe Fortson* “to Folly so their son could participate in a modeling tryout at the Tides Hotel” because Amber “just want[ed] him to develop confidence.”

Mrs. Fortson hopes, to quote Post and Courier staff writer Dave Munday, that “being punched in the face by a stranger doesn’t undermine that goal. Her doctor [obviously not a practicing psychoanalyst] told her children that young usually forget about such traumatic events.” 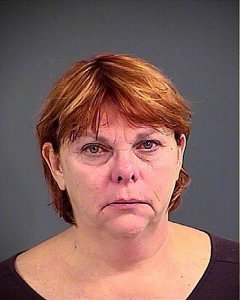 I’m not so sure. It wouldn’t surprise me if the poor boy starts blinking up a storm well into his toddler years whenever a scowling, slack-faced red-headed stranger approaches him.

At any rate, this unfortunate incident has not only reddened the little one’s nose, but has also given a black eye to the tiny seaside hamlet I call home. For example, in the Comments Section, Sean Kennedy of UF School of Law writes, “I absolutely hate Folly. So many scumbags, drifters and rednecks infest Folly Beach.” Judy Auld Byrd, a graduate of Roper Hospital School of Nursing, adds, “Folly has always been a scary place to visit.”

Gil Luckytohaveallgirls White probably had the most poetic comment: “This city is nuking futs.”

the upstairs bar at Snapper Jacks

Lee Bonifay of Trabuco Canyon California (bad news travels fast) writes that Folly “has turned into a giant human toilet. This is sad bc (sic) when I grew up surfing there, all the locals were close-knit and respectful. You use crappy bait….you catch crappy fish…..perfect example of what Folly has become.”

This comment started the equivalent of an on-line shouting between Mr. Bonifay and someone called Erik Swartz of Snug Harbor Design. Bonifay supports his toilet analogy with some fairly convincing anecdotal evidence:

Just came back to visit in Sept and stayed down there for ONE NIGHT. Saw three fights, one drunk guy get arrested for drunk and disorderly for standing outside Snapper Jacks screaming and cussing at the football game he was watching through the window…AND saw another guy drive his truck head on into a ditch..wasted drunk….and that was ONE DAY!!!! I understand your desire to defend it if you live there. BUT, you OBVIOUSLY can’t see the forest for all the trees. Try leaving for a little while (ya know…get OUTSIDE the bubble) and you’ll see what it has become.

All of this Folly bashing ignores the most interesting aspects of the incident. What prompted Barbra Green to punch the baby? What does she have against dolls? Why does she feel no remorse? Perhaps barren, she resented the fuss everyone was making over what Amber calls “her little man.” Or perhaps Green actually mistook the baby for a little man, a midget, and thought he shouldn’t be standing on a man’s lap “laughing, smiling, and dancing to the music.”

We’ll probably never know because Ms. Green, out on $25,262 bail, “did not immediately return a phone message asking for comment.”

*Mrs.Fortson asked that the baby’s name not be published to avoid “future embarrassment.”

One thought on “Folly Beach, a Scary Place!”