We’ve all been told of the importance of first impressions, which are particularly crucial when trying to publish a piece of fiction. Stephen Corey, former editor of the Georgia Review, once told me that if a story didn’t grab him by sentence three he chunked it into the rejection pile. He said he received approximately 300 manuscripts a month, which meant that to get a story into that quarterly publication, you were going against 1200 other combatants.

I suspect with novels the pressure isn’t quite as intense; nevertheless, certainly a rollicking good first sentence has to be advantageous.

Take Jay McInerney’s first from Bright Lights, Big City, a sentence that falls beneath a chapter title that reads “It’s Six A.M. Do You Know Where You Are”

You’re not the kind of guy who would be at a place like this at this time in the morning.

It certainly hooked me, as I found myself all-coked-up in “either the Heartbreak or Lizard Lounge” – my second person narrator wasn’t sure which – “talking to a girl with a shaved head.”

Of course, some writers don’t opt for the old in medias res commencement but take us way back in time, as Thomas Sterne does with Tristan Shandy’s contemplatiion of the act of his procreation:

I wish either my father or my mother, or indeed both of them, as they were in  duty both equally bound to it, had duly considered how much depended upon what they were then doing;—that not only the production of a rational Being was concerned in it, but that possibly the happy formation and temperature of his body, perhaps his genius and the very cast of his mind;— and, for aught they knew to the contrary, even the fortunes of his whole house might take their turn from the humours and dispositions that were then uppermost;—Had they duly weighed and considered all this, and  proceeded accordingly,—I am verily persuaded that I should have made a quite different figure in the world, from that in which the reader is likely to see me.

Others attempt to establish mood:

During the whole of a dull, dark, and soundless day in the autumn of the year, when the clouds hung oppressively low in the heavens, I had been passing alone, on horseback, through a singularly dreary tract of country; and at length found myself, as the shades of the evening drew on, within view of the melancholy House of Usher.

It is a truth universally acknowledged, that a single man in possession of a good fortune, must be in want of a good wife.

Nor does the quality of first sentence, I might add, signify the over all quality of the work as a whole.  Certainly Joyce’s first sentence of Portrait of the Artist as a Young Man – “Once upon a time and a very good time it was there wasa moocow coming down along the road and this moocow that was down along the road met a nicens little boy named baby tuckoo. . . .” is more arresting than the first sentence of Ulysses –  “Stately, plump Buck Mulligan came from the stairhead, bearing a bowl of lather on which a mirror and a razor lay crossed.” – but few would rank Portrait over Ulysses in overall quality.  And certainly, George Eliot’s first sentence of Middlemarch – “Miss Brooke had that kind of beauty which seems to be thrown into relief by poor dress.” – though interesting, doesn’t even begin to signal the grandeur that is to follow.

Well, you wonder, what is the greatest of all first sentences written in English?  “Call me Ishmael?”  Or “A throng of bearded men, in sad-colored garments and gray, steeple-crowned hats, intermixed with women, some wearing hoods, and others bareheaded, was assembled in front of a wooden edifice, the door of which was heavily timbered with oak, and studded with iron spikes?”

No, by my reckoning, the greatest first sentence of any novel anywhere came from the typewriter of Nabokov.

Lolita, light of my life, fire of my loins. My sin, my soul. Lo-lee-ta: the tip of the tongue taking a trip of three steps down the palate to tap, at three, on the teeth. Lo. Lee. Ta.

After reading that, would not be compelled to read on? 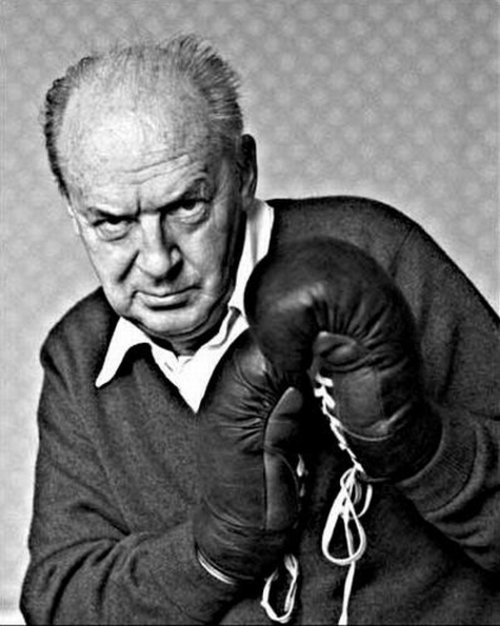