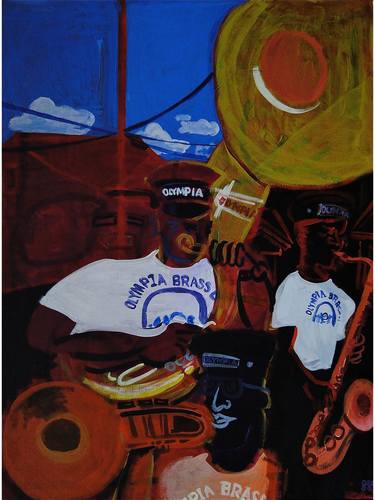 If you’re lucky enough to be in New Orleans on a Sunday, google WWOZ and find out where the second line parade is going down.

Here’s a link for a brief history of the tradition, but essentially second lines arose in the 19th Century as African American citizens formed fraternal societies to collectively provide burial insurance and to sponsor jazz funerals for members who had cake-walked to the Other Side.

Originally, the first line consisted of family members and close friends of the deceased, the hearse and the band, while the second line was made up by mourners (or anyone else) who wanted to follow.  Nowadays, second lines aren’t necessarily associated with funerals; they’re hosted by neighborhood organizations for the joy of it. As Ian McNulty puts it in the linked article above, “Second lining can also refer to the type of dancing that usually goes on at these parades – a wild, strutting dance step to carry participants forward in pace with the brass band – so one can go to a second line, be in a second line and do the second line all at once.”

We weren’t in New Orleans for a funeral but for a wedding (which I officiated in my capacity as the Rockin’ Reverend Rusty).  So the day after, the father of the groom, Jake-the-Snake and daughter Anna; Jake’s sister Beth and son Ben;  Keefus Sanders, the best man at Jake’s own wedding; the Beasleys; and Entourage Moore featuring Harrison, Taryn, Ned, Caroline, Brooks, and I-and-I met up at the corner of 2433 Dryades where the parade picked up King Roller and Dukes at an establishment called Sportsman Corner.* 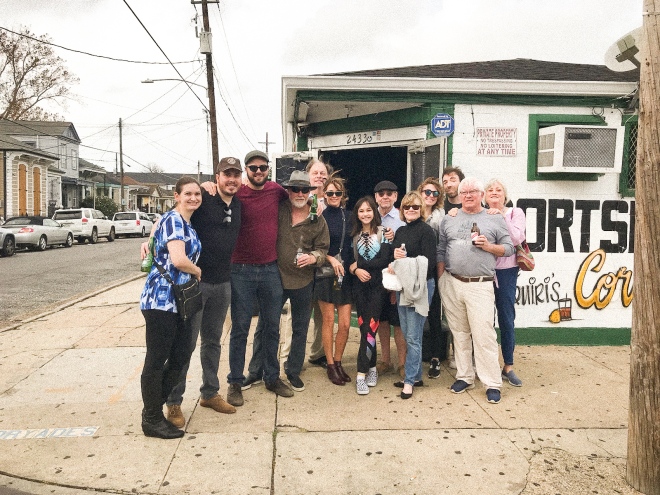 Here’s a video peek at the festivities: 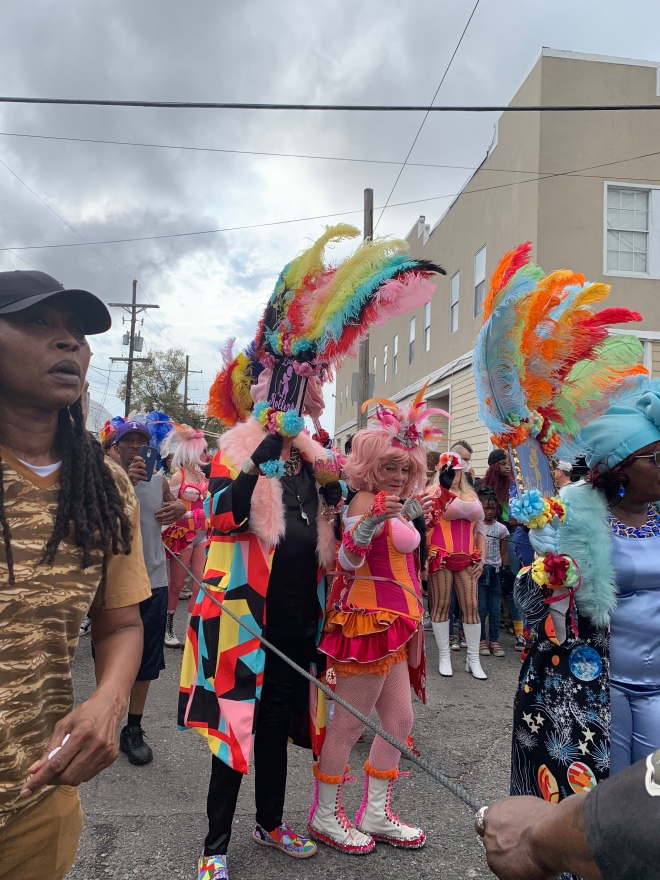 HAPPY NEW YEAR AND THANKS FOR READING! 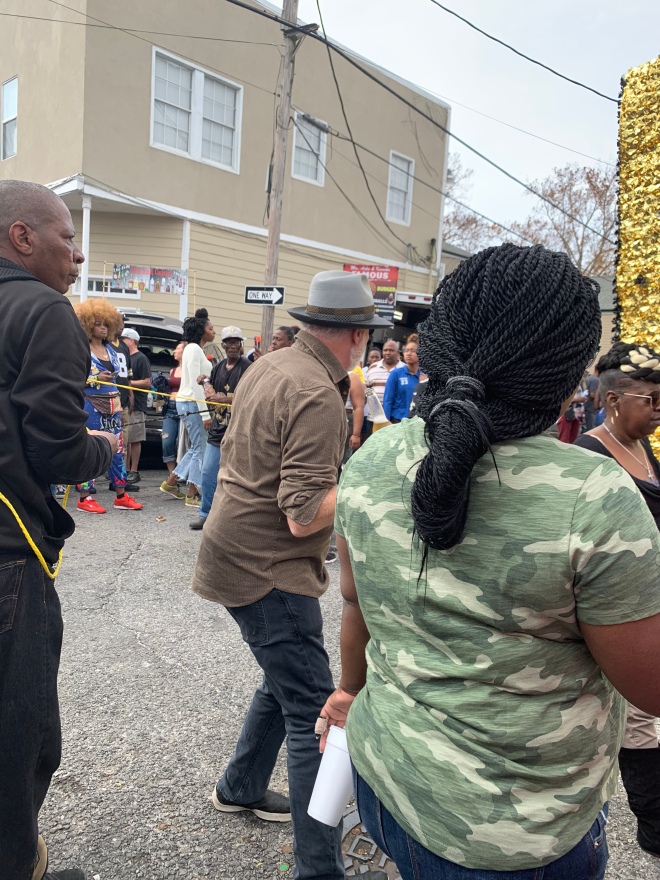 *Do Lawd, retired English teacher, that’s a long awkward compound subject you got going there.