Editor’s Note: Sir Reginald Verbosoclast, whose opinions do not necessarily reflect those of You Do Hoodoo, is the author of today’s guest post. 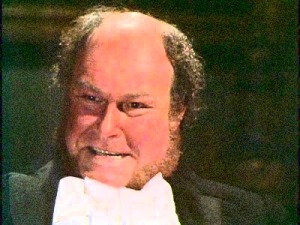 A little attention is a dangerous thing, as Alexander Pope is reported to have remarked to Lord Petre after the latter allegedly snipped a lock of Arabella Fermor’s hair, an incident that famously led to the launching of a thousand ships in a demitasse (as anyone familiar with the Sparknotes summary of “The Rape of the Lock” is well aware).

Via non sequitur, take Jon Ritzheimer, one of the intrepid so-called “militia-folk” who in an act of brilliant performance art has mock-heroically taken over an abandoned federal building in rural Harney County, Oregon. Ritzheimer, whose name, by the way, is German for “cracked homeland,” began his theatrical career in his one-man ballet entitled, appropriately enough, “Fuck Islam,” an outdoor performance in which he marched back and forth in front of a Phoenix Islamic Community Center wearing a tee shirt emblazoned with those very provocative words.[1] The success of this one-man show led to a sequel called “Freedom of Speech Rally Round II,” a larger production hailed by Loonwatch.com as “the height of irony.”

Lately, Mr. Ritzheimer has transitioned into film, producing a series of one-man shows distributed by YouTube.   His most recent premiered four days ago, a satiric piece in which he mocks contemporary American sentimentality. The 13-minute monologue begins with Ritzheimer’s alter ego fighting back tears as he declares his love for his wife and daughters, an obvious parody of that stale trope developed by Phil Donahue and seen countless times on celebrity interview shows like Oprah and Ellen. He then launches an epic catalogue of paradoxes castigating as tyrannical a government that allows him not only to march in front of a mosque wearing the aforementioned tee shirt, but also legally to amass a small personal armory.

Although the film is well photographed from the dashboard of his vehicle, Mr. Ritzheimer’s performance is, well, in this critic’s opinion, wooden. It lacks, in a word, verisimilitude. In other words, you can tell he is an actor playing a role. Nevertheless, Mr. Ritzheimer is obviously a very talented and charismatic performer whom I dare say we haven’t seen the last of.

Believe me, I know. There’s nothing more addictive than amassing YouTube views.

[1] For the sake of clarity, Mr. Ritzheimer, not the community center, was wearing the tee shirt. Ed.