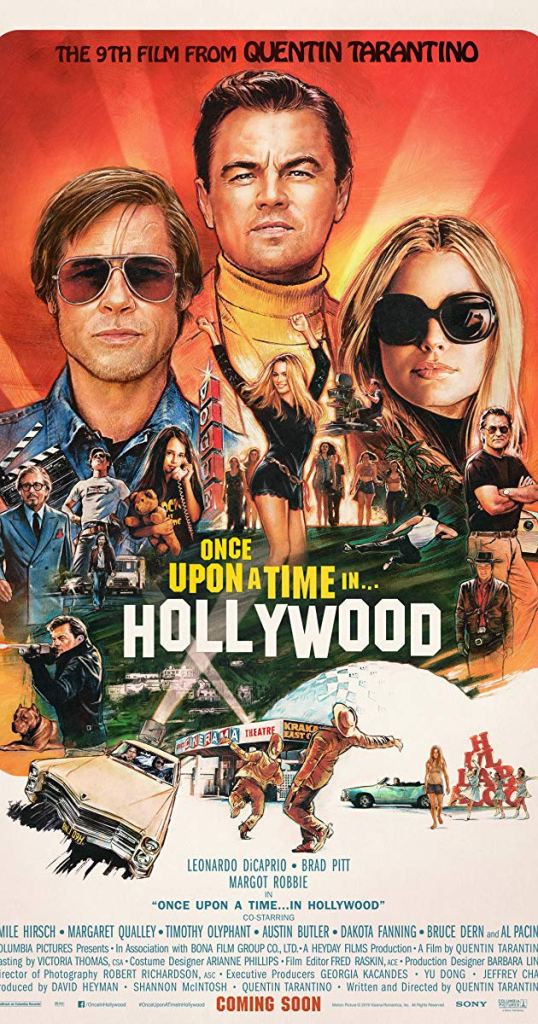 A few critics have panned Quentin Tarantino’s Once Upon a Time in  . . . Hollywood because it affectionately depicts a past that predates political correctness. For example, Richard Brody of The New Yorker notes that some have called the movie “Tarantino’s most personal film,” then adds, “and that may well be true—it’s far more revealing about Tarantino than about Hollywood itself, and his vision of the times in question turns out to be obscenely regressive.”

Never mind that Tarantino’s Jackie Brown features a working class African-American heroine as protagonist, Once Upon a Time, in Brody’s words, “reserves the glory moments of actorly allure, swagger, and charisma for male actors: when [character Sharon]Tate blithely admires herself, it’s for the role of the ‘klutz’ who falls on her ass for Dean Martin’s amusement and titillation.”

Brody ends his review with this observation: “Once Upon a Time . . . in Hollywood is about a world in which the characters, with Tarantino’s help, fabricate the sublime illusions that embody their virtues and redeem their failings—and then perform acts of real-life heroism to justify them again. Its star moments have a nearly sacred aura, in their revelation of the heroes that, he suggests, really do walk among us; his closed system of cinematic faith bears the blinkered fanaticism of a cult.”

C’mon, there ain’t nothing “real life” about Once Upon a Time, as the first four words of its title suggest.  It’s a comedy dressed up like a spaghetti western, often cartoonish. We have essentially two protagonists a la a buddy film, Rick Dalton, an actor, and his best friend, Clint Booth, his stunt double. When stunt double Rick repairs his pal Clint’s roof TV antenna, he foregoes a ladder, acrobatically propelling himself skyward, leaping from roof to roof like a ninja. It’s supposed to be funny, not realistic. Speaking of ninjas, Clint also out-martial-arts Bruce Lee with some spectacular kung fu fighting on a movie set. Unlikely to say the least. Oh yeah, Rick happens keeps a flamethrower at his hill top ranch house, which comes in very handy in the climactic scene. Think the Marx Brothers, not Joan Didion.

In other words, Tarantino’s goal is to entertain us, not to provide a commentary on the ‘60s.  So what if the protagonists don’t like hippies (and I was one sort of back then); most people didn’t.  Anyway, Tarantino doesn’t view the world through the annals history; he views it through what appeared on movie screens throughout the history of the cinema.

He’s not a social critic; he’s a pulp fiction aficionado.