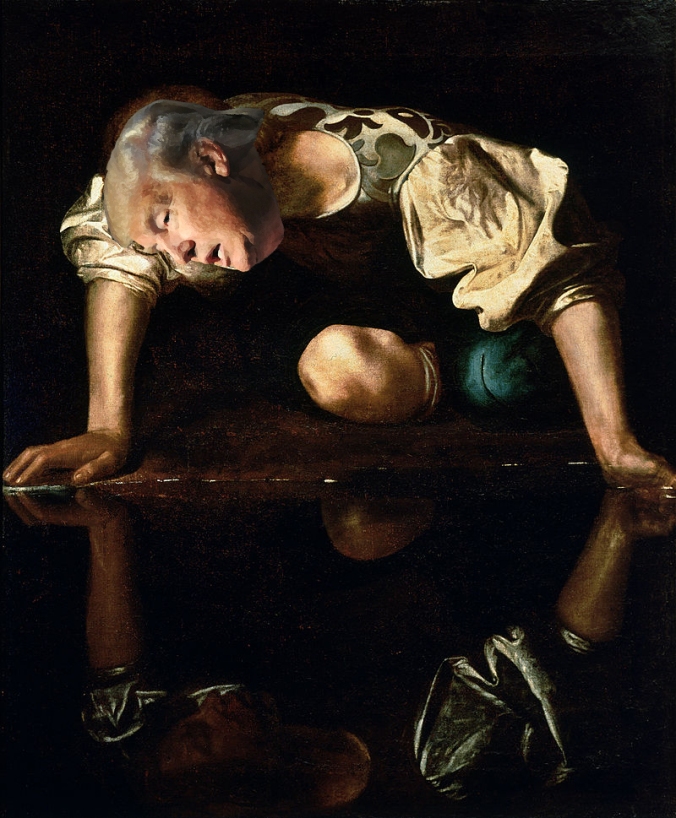 After yesterday’s barrage of Cheetos-stained tweets claiming that Obama had wiretapped Trump Towers before the election, some on my Twitter feed conjectured that Donald was in the throes of “a nervous breakdown,” accused him of harboring paranoid delusions. In fact, for some time now, mentally diagnosing the Donald has become a popular topic of conjecture for amateur psychologists all over the Internet.

Well, as I am fond of asserting, “Although I am not a psychologist, I do sleep with one” [not to mention that my undergraduate minor was in psychology, which means I had a least 30 hours of instruction (and in fact became very proficient at darkening bubbles on multiple choice tests)]. These two “facts” certainly establish my credentials as a credible source of wild conjecture, so allow me to weigh in on the mental pathologies that plague our 45th president.

Although the phrase “bat shit crazy” sounds cool with the consonant t-sounds and its spondaic bang-bang-bang beginning, in the case of Donald, it’s simply not true. He’s not bat shit crazy, nor, fortunately, “crazy like a fox.”

A bat-shit-crazy person would have seen the original letters of the speech transform on the screen and start dripping blood as he shrieked, “Evil Triminicons have launched an evasion from Faltour and will be arriving on earth at any minute to destroy us all!!!

Conversely, a crazy-like-a-fox person wouldn’t lurch from crisis to crisis because you can’t be a lazy ignoramus and be crazy-like-a-fox. You need systematic thought, and Trump’s thought is about as systematic as shards of glass spraying from an empty Jim Bean bottle launched from a car in the parking lot of a frat house.

At first glance, this theory seems rather convincing.

But, whoa, hold on; it’s more complicated than that.

In fact, according to Raw Story, Professor Allen Frances, “the psychiatrist who wrote the diagnostic criteria or narcissistic personality disorder,” wrote a letter to the New York Times in which he stated “[Trump] may be a world-class narcissist, but this doesn’t make him mentally ill, because he does not suffer from the distress and impairment required to diagnose mental disorder.”

In the letter he goes on to note that

Mr. Trump causes severe distress rather than experiencing it and has been richly rewarded, rather than punished, for his grandiosity, self-absorption and lack of empathy. It is a stigmatizing insult to the mentally ill (who are mostly well behaved and well meaning) to be lumped with Mr. Trump (who is neither).

Frances concludes with a statement that throws a very cold towel on the very purpose of this post:

His psychological motivations are too obvious to be interesting, and analyzing them will not halt his headlong power grab. The antidote to a dystopic Trumpean dark age is political, not psychological.”

Well, obviously, I disagree with the idea of Trump’s psychological motivations as not being interesting. After all, you’ve read on this far, right?

Theory 3: Trump is merely a lazy, ignorant and intemperate non-reader whose mother and father didn’t love him.

(How do you copyright a theory? Is it enough to superscript a © over the “him” above?)

Anyway, I’ll quickly and eloquently prove my theory so you can get off this site and contact your representatives.

A temperate person who is not lazy would have done a little research to remedy his ignorance and discover that a president doesn’t have the power to order a domestic wiretap, that only a federal judge who must have compelling evidence can bug US citizens in the US. This intemperance will now cost Donald at least 3 days of bad press. Indeed, if there’s a document authorizing a wiretap at Trump Tower, Donald has in essence declassified it with his outburst.

But Donald doesn’t like to read as his misspelling of “tap” suggests.

The misspelling of "tapp" is from Trump seeing "wiretapping" and assuming "tapp" rather than "tap" was proper. Mistake of a non-reader. https://t.co/GeSYrNouX0

Why read intelligence briefings when you can be watching Fox and Friends. Steve Bannon, Ph.D will explain them to you anyway.

Certainly, if Donald had received paternal love, he wouldn’t be so starved for affirmation.  Look at the expressions on those wretches posing for a family photo. Sad!