On Fridays untethered from chemo tubes and free to flush whenever she likes, Judy Birdsong leaves Roper Hospital. Although she’s happy to get back to Folly, she isn’t up for a night of doing the wa-wa-tusi at the Sand Dollar Social Club, so we sit together on the sofa, she surfing the Web, me searching for something to watch on TV. 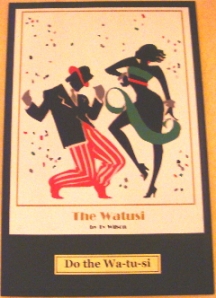 As far as television goes, the Birdsong-Moores watch on average fewer hours per week than the typical American does in a day (five to seven depending on what site you check to get the data). If we think of it, on Tuesdays we turn on Making It Grow, but outside of college football, the occasional Turner Classic movie, or a kickass series like True Detective, watching the tube just ain’t our thing. In fact, the last major network series I member watching on a regular basis was the first season of 24.

Last night, though, was one of those Fridays, and in search of something to distract me, I left the small orbit of choices in “Rusty’s” designated Dish Network guide and ventured into the vast realm of viewing choices that lie beyond — programming that targets every conceivable viewing niche imaginable — from sci-fi to Japanese animation to Gerbil Week on the Small Caged Pets Network, or SCPN.

For a while, I hung out at [cue amused trombones] the Hang Out festival, an outdoor concert somewhere near a beach in Alabama featuring Edward Star and the Magnetic Zeroes, Gary Clark, Jr., Wilco (by far the most interesting), and Dave Matthews, but, alas, I grew bored with the redundant camera cuts from frenetic jamming musicians on stage to clichéd crowd shots of swaying hippie chicks, Frat boys, and if my eyes weren’t playing tricks on me, a redneck or two.

So I rapidly clicked through the scrolling choices of the guide until I ran across a Lone Ranger episode from 1952, the year of my birth. The Lone Ranger was one of the first TV shows I remember watching. (The only earlier one I remember is Howdy Doody. whose theme song I can still sing).[1] Anyway, as a kid, I really dug the Lone Ranger, Tonto, the black mask, the silver bullets, the horse-hoof-like theme song from William Tell’s Overture, and the repetitions of “Hi-Ho Silver, away!” and “Who just was that masked man?” Also, it didn’t hurt that the last name of the actor who played the Lone Ranger was Moore, but I think what I most liked about the Lone Ranger was his isolation, his alienation. Although I wouldn’t be able to conceptualize this as a child, the Lone Ranger has rejected what he considers a corrupt culture, not only Western Culture in general, but specifically, the lawless culture of the Old West itself, which in a way makes him a heroic antihero, a true man of mystery.

I entered the action about two-thirds through the episode. A Mexican grandfather and his grandson had been arrested by Gates, a corrupt tax-gatherer, who confiscated the haciendas of citizens who couldn’t pay. The Lone Ranger had lifted some damning documents and was galloping a breakneck speed through the dark night to show them to the governor. The image I first saw was the grandfather begging Gates to kill him, an old man, instead of his grandson, Don Rodrigo, a young man.   Gates warns if they can’t retrieve the documents, both will be shot by a firing squad at dawn. Tonto tries to bust the two out of jail, but he himself is captured and thrown into the communal cell.

The Lone Ranger franchise began as a radio show, and this early episode seems oddly bound to the traditions of radio narratives. For instance, the episode features a narrator with a velvety radio baritone who intones “as Gates continues to interrogate the prisoners” [on screen actors mutely interact with each other], then segues into “the Lone Ranger pushes his mighty stallion Silver at top speed across the desert to the Governor’s” [on screen: the Ranger flailing away at a white horse galloping at breakneck speed].

Although, admittedly, the plot is lame, it has an unmistakable theme, which one of the characters on more than one occasion speaks outloud: American citizens must fight to insure that their way of life is not taken away by dictatorial assholes like Gates.

The episode ends in a predictable manner,[2] and what followed was a full-length in color movie from 1958, The Lone Ranger and The City of Lost Gold. The film begins with the creation legend of the Lone Ranger narrated by music-backed chorus of male singers[3] telling us what we’re seeing: an ambush, five dead Texas Rangers, one survivor discovered by an Indian on a painted horse, six graves (one for the survivor as well so the world will think he’s dead), a masked man loading silver bullets into a revolver, the masked man and his Indian savior galloping off in a cloud of dust.

I didn’t make it far into this movie, by far enough to notice the Lone Ranger seems opposed to taking human lives (he’s really good at shooting guns out of hands) and that the screen writers and director didn’t pull punches when depicting racial prejudice. Interestingly enough, given one of the current NFL controversies, a sheriff tells Tonto, who is seeking a doctor, “We don’t allow no redskins in here.” When Tonto refuses to leave, he has his ass kicked by the police.

In checking Wikipedia, I discovered, among other things, that the Lone Ranger speaks correct grammar and never uses slang. The silver bullets signify to him the preciousness of human life. I also learned that one of the writers copped the word” Kemosabe,” the term Tonto uses when he addresses the Lone Ranger, from “the name of a summer camp in upper Michigan.” By the way, in Spanish, tonto means foolish, so in Mexico he is known as toro.

After being exposed briefly again to this boyhood hero of mine, I recognize the Lone Ranger’s affinity to both Natty Bumppo and Ishmael, alienated, like them, from his culture and seeking, like them, only male companionship with a native Other.

No, it’s not the Green Hornet the Lone Ranger reminds me of, but Caine from Kung Fu. The Lone Ranger’s reluctance to kill people seems more Eastern than Western, if not downright un-American.

[2] Actually, the episodes of the episode are broken into odd segments that are sandwiched between seemingly interminable commercials aimed at octogenarians, the catalogue of potential side effects seeming to take as long as the episodes themselves. My favorite side effects of the night, both appearing in the same sentence, “If you get an erection that last more than three hours or your breasts starting making milk, stop taking [can’t remember the product] and see a doctor.” I swear I’m not making that up.

[3] Think of the narrative chorus in The South Park episode on Mormonism.