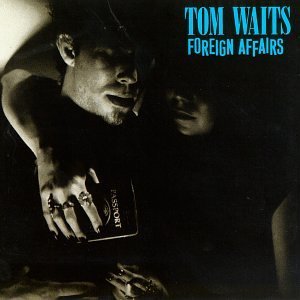 Or to put it more succinctly, he’s quit drinking alcohol.

Why, you ask? Has Mr. Moore been stumbling in at 3 a.m. and slapping around his beloved consort Judy Birdsong?

Has he found that drinking has adversely affected his social life?

Okay, is he chronically late, a no-show sometimes? Does he hire barmates to grade his essays? Does he put himself in risky situations? Is he a frequent visitor to emergency rooms?   Has he gotten a DUI? Recently made a complete and utter ass out of himself?

The answer is vanity. Recently, he saw photographs of himself at his son’s wedding and realized that his once David-Niven-like svelteness had ballooned into a girth approaching Hitchcockian proportions. And even though he now possesses a Falstaffian paunch, his arms and legs have maintained the emaciation of his 97-pound-weakling adolescence.

He’s too vain to post a photograph, but picture a four-month pregnant Mick Jagger and you get the picture.

Why not cut out those empty calories? Why not give it a try?

So how has he been spending those hours not spent in drinking establishments?

Listening to songs about substance abuse, that’s how, and he’s come up with a list a few killer song lyrics devoted to over-indulgence, like this classic from Willie Nelson:

The night life ain’t no good life, but it’s my life.

Not only that, he’s going to provide sound samples to go along with a few of his favs. So sit back and enjoy

(I know it lacks that Buzzfeed allure of botched plastic surgeries).

Okay, we’re going to start with John Hiatt’s “Paper Thin,” whose first sentence has the panache of the opening of a well-crafted short story. Listen.

Here’s how the song ends:

(Saw John about a year ago in concert.  Here’s the REVIEW).

Okay, for our next lyric on substance abuse, let’s go way back to my tenth grade year of 1968 and the Butterfield Blues Band’s “Drunk Again.”  The song’s by Elvin Bishop and features the domestic trauma drinking can cause.  Here’s a snippet:

Of course, as Bob Dylan famously tells us in “Just Like Tom Thumb’s Blues” — “I started off on burgundy but soon hit the harder stuff” — alcohol is the ultimate gateway drug.  I betcha ain’t nobody ever shot up heroin who hadn’t started out on the road to perdition with wine or beer. You start off seemingly innocuously with a PBR and the next thing you know your rolling up bills and snorting cocaine or worse.  Here’s John Hammond, Jr’s superb cover of the Tom Wait’s classic “Heart Attack and Vine”:

You know there ain’t no devil;

Well, this stuff will probably kill you;

let’s do another line.

What you say you meet me

down on Heart Attack and Vine.

Love can be a drug, they say.  Wasn’t Robert Palmer “addicted to love?”  Here’s the great Lucinda Williams making the analogy:

Okay, let’s end this thing on a positive note.  The resurrection of Tim Finnegan via Irish whiskey.  Here, the Clancy Brothers describe how dead Tim’s corpse is brought back to life during a drunken brawl at his wake, which is the song that gave rise to James Joyce’s last novel.

Mickey Maloney ducked his head
when a bucket of whiskey flew at him
It missed, and falling on the bed,
the liquor scattered over Tim
Now the spirits new life gave the corpse, my joy!
Tim jumped like a Trojan from the bed
Cryin will ye walup each girl and boy,
t’underin’ Jaysus, do ye think I’m dead?”

Come to think of it, quitting drinking altogether seems anti-Buddhist.  Maybe the middle way would be better.  Lose weight by exercising, eating healthily, and limiting one’s intake to a couple a day?