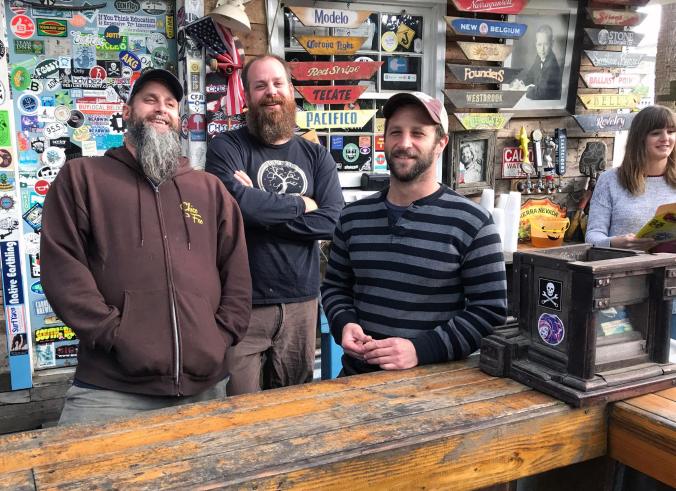 From left to right, Hank, Charlie, Greg, and Jen

To my mind, the most important component of a great bar is a great bartender.  I’d rather be enjoying a cocktail in in a seedy dive with a personable bartender than drinking in splendor at the Castell Rooftop Lounge with an aloof one. Of course, it’s in the best interest of a bartender to be friendly, given that he or she obviously would like to be tipped, and it goes without saying that bartenders should be attentive, efficient, and if you’re a regular, reaching for what they know you drink as you climb upon your stool at the bar. However, the very best bartenders end up being something more than just a friendly face; they become confidants.

One of the all time great bartenders I’ve encountered is Steve Smoak, who used to work at Rue de Jean on John Street.  When the joint was packed, you’d see Steve busting his ass.  It was as if he were dancing, pouring to a rhythm.  In those inside smoking days of yore, one time I saw him with a drink in his left hand slide past a customer, light her cigarette with his right hand, and deliver the drink in his left hand to another customer two stools down — all in one fluid motion.

It was literally entertaining to watch, almost like one-man ballroom dancing

If Rue was really crowded, and Steve saw me stuck behind a throng, he’d step out from behind the bar and deliver my Jameson’s.  Perhaps the biggest favor he ever did was talking me out of resigning from my job.  After listening carefully to my tale of woe one week night, he said, “Wes, I’ve talked to lots of your former students.  Don’t be a fool and quit over something like this. Swallow your pride.  It’s not worth quitting over.”

Even though Judy Birdsong, my late wife, had given me permission to quit, I did swallow my pride, took Steve’s good advice, and continued my career.. 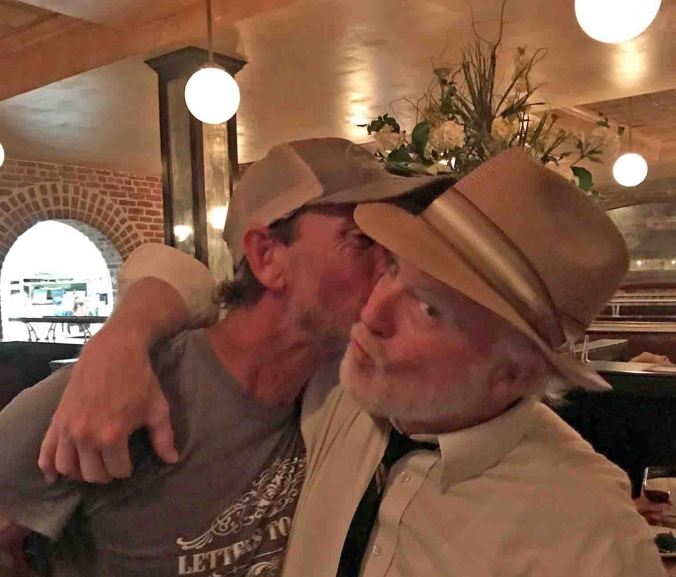 Chico Feo is my go-to hangout because of the bartenders, Hank, Greg, Jen, Kelly, and Phillip, and I miss those who have left for greener pastures, like Jude and Charlie.

I’d rank Charlie right there with Steve Smoak as far as greatness goes.  During Judy’s long illness, Charlie offered a sympathetic ear and later dating advice when I began seeing Caroline.[1]  He had become a sort of confidante.

Alas, Charlie left Chico for a downtown peninsula gig in a basement bar associated with the restaurant One Broad Street.  I’d been missing my man, so last Wednesday, Caroline and I stopped in to see him during Cotillion.

The place is friendly, cozy, well appointed, and rumor has it the pizzas are the best in town – and cheap. However, its most valuable asset is Charlie, a master bartender and a helluva a guy – intelligent, articulate, easy going.  Going downtown can be irritating with traffic and parking, but hanging out with Charlie makes it well worth the hassle, and as it turned out, an empty parking place was waiting for a customer right at the front door.

So check it out.  Tell Charlie Wesley sent you.