The death of friends, or death

Of every brilliant eye

That made a catch in the breath –

Seem but the clouds of the sky

When the horizon fades;

Or a bird’s sleepy cry

Among the deepening shades.

On Life, on Death.

Because I’m retiring at the end of this year, I’m often asked if I’m “counting down the days.”

Actually, I’m not.  When this semester ends, I’ll be not teaching at Porter-Gaud for the rest of my life.  Why rush that?

Instead, I’m relishing – or at least trying to relish – the last opportunity of teaching specific content: poems I love, vocabulary lessons I know by heart, characters who are more real to me than many of my acquaintances. For example, my main man from Heart of Darkness Charlie Marlow and I will part company in May. Every spring for thirty years he and I have hung out for two weeks or so. I’ll miss the sound of his voice, what he has to say about truth and lies, of savagery and civilization. Of course, I could look him up next year or the year after, but I know I never will. There’s no need for me to accompany him up the Congo River ever again.

Yesterday I taught Blake for the last time.  We read and discussed the Chimney Sweeper poems, “London,” and “The Poison Tree.” It suits me to be done with those poems; nevertheless, I savored intoning each syllable to the class and afterwards enjoyed exploring the poems’ meanings.

I was angry with my friend;

I told my wrath, my wrath did end.

I was angry with my foe:

I told it not, my wrath did grow.

And I watered it in fears,

Night & morning with my tears:

And I sunned it with smiles,

And with soft deceitful wiles.

And it grew both day and night.

Till it bore an apple bright.

And my foe beheld it shine,

And he knew that it was mine.

And into my garden stole,

When the night had veiled the pole;

In the morning glad I see;

My foe outstretched beneath the tree.

I tried as best I could to convey how these rhythmic, rhyming words capture the toxicity of repression and deceit and how the consciousness of the speaker of the poem is not universal, i.e., that his consciousness is not ours nor ours his.  We talked about existentialism and how the theory of existentialism ties into Wordsworth’s perception that reality arises — is concocted — from “eye, and ear, — both what they half create, /And what perceive.”  I cited Hamlet’s observation that “Nothing is neither good or bad but thinking makes it so” and his claim that he “could be bound in a nutshell” yet think himself “king of infinite space,” that is, if he didn’t have “bad dreams.”

The speaker of “The Poison Tree” is pleased that his foe is dead, so, according to his reckoning, “God’s in His heaven, and all’s right with the world.” After all, the speaker has invested a lot of energy cultivating the poison apple.  His joy in his neighbor’s demise contradicts traditional religious and secular moral teaching and perhaps is off-putting to many readers; nevertheless, it makes sense that he expresses his thoughts in jaunty, happy rhythms.

After all, as Pope says, “The sound must seem an echo of the sense.”

In these dwindling last weeks, I’ll also bid adieu to Blake, Byron, Shelley, Keats, Tennyson, Browning, Conrad, Yeats, Joyce, Eliot, and Auden as they sing their swan songs. After that, I’ll be free to “embrace the trivial days and ram them with the sun,” to paddle out in glassy surf while my colleagues are taking roll or telling some boy to tuck in his shirt.   I’ll be free to read what I choose, to make some new literary friends.  It’s about time I got acquainted with Swann and his daddy Marcel Proust.

Until then, I hope to savor each and every class period rather than looking ahead and counting them down like Advent calendar squares, or a prison sentence, or the way I count down the essays left to be graded or the report card comments left to be composed.

Yes, I am looking forward to not grading essays and writing report card comments. I have three sets left to finish before 8:00 a.m. Wednesday. 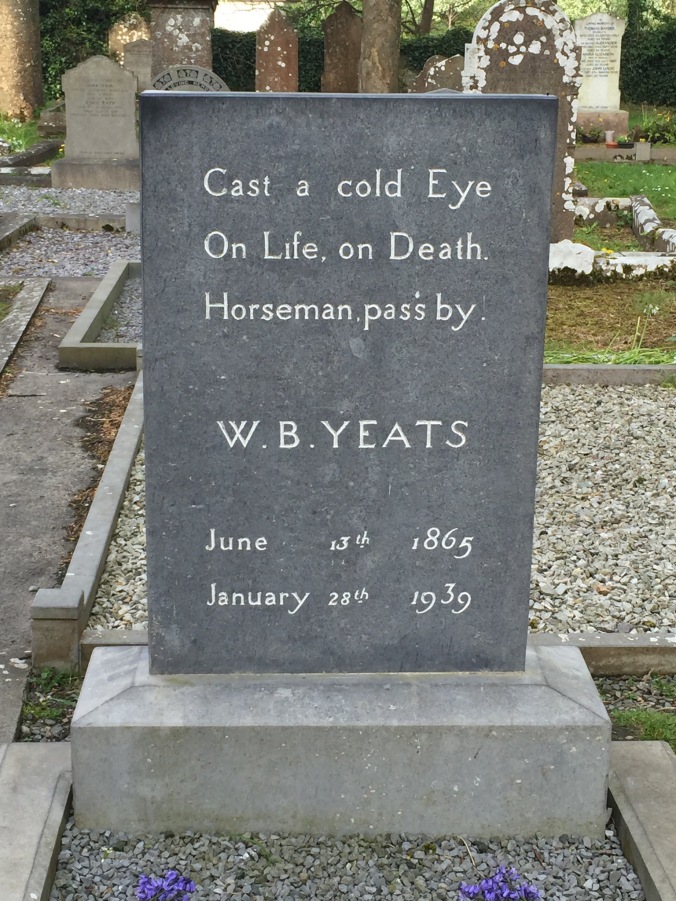