Today I staged my annual finger puppet play Courtly Love. My sophomores are reading “The Miller’s Tale” this weekend, perhaps in the romantic glow of hurricane lamps, so I wanted them to get a peek at the concept before Chaucer skewers it.

I guess I could set my phone’s camera up in a stationary position and try to record Courtly Love as I did with the underappreciated finger puppet classic Freud, Jung, Hamlet, and Joyce, but Judy Birdsong assisted me in that production, and the absolute silliness of a 64-year-old man engaging in such childish behavior makes me hesitant to ask any of my friends to help.[1]

Anyway, here are still shots of the key scenes.

The marriage of Allyson and Gerontion

the arrival of Bayard singing Roy Orbison’s “Only the Lonely”

Serenading her to improvised lyrics sung to the tune of “Louie, Louie”

[not pictured: an intermediary delivering a poem]

[not pictured: her refusal]

[not pictured: her acceptance]

Every year, the kids howl in laughter during the performance and clap enthusiastically at its conclusion. One student today naively suggested I could market the play and become a wealthy man.

The problem is that for the rest of the year, I’ll hear a constant refrain of “Hey, Mr. Moore, when are we going to have another puppet show? And all they have to look forward to his a human production of John Milton Dictates Paradise Lost to His Daughters.[2]

Anyway today after the play, I did something a little different. I projected onto the so-called “Smart Board”[3] Yeats’ beautiful lyric “Adam’s Curse.”

I said, ‘It’s certain there is no fine thing

Since Adam’s fall but needs much labouring.

There have been lovers who thought love should be

So much compounded of high courtesy

That they would sigh and quote with learned looks

Precedents out of beautiful old books;

Yet now it seems an idle trade enough.’

Through Socratic questioning I coaxed that the rituals of Courtly Love became a sort of how-to-make-love manual as romantics like Romeo would “sigh and quote with learned looks” as he pined away for Rosaline, not to mention Willy B himself in his relentless pursuit of that flinty muse Maud Gonne.

Of course, now movies have replaced “beautiful old books” in this regard. We learn how to kiss (among other things) from watching cinematic stars lock lips.

I don’t see Chaucer with his ironic detachment, even as an adolescent, embracing those rituals of wooing, but then again, Chaucer never wrote lines more beautiful than these:

We sat grown quiet at the name of love;

We saw the last embers of daylight die,

And in the trembling blue-green of the sky

A moon, worn as if it had been a shell

Washed by time’s waters as they rose and fell

About the stars and broke in days and years.

I had a thought for no one’s but your ears:

That you were beautiful, and that I strove

To love you in the old high way of love;

That it had all seemed happy, and yet we’d grown

As weary-hearted as that hollow moon. 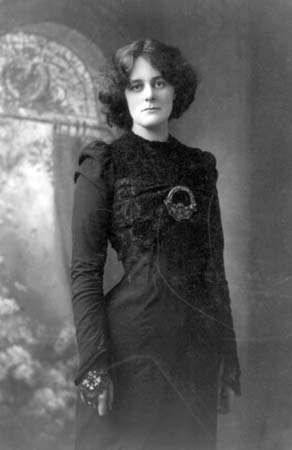 [1] Perhaps I should recruit one of my younger friends’ children?

[2] Picture Milton in shades, rocking back and forth like Stevie Wonder, intoning “Of Man’s first disobedience, and the fruit/Of that forbidden tree whose mortal taste/Brought death into the world and all woe . . .”

[3 It’s constantly overreacting to my movements, jumping slides ahead when I merely saw the air with an emphatic gesture.