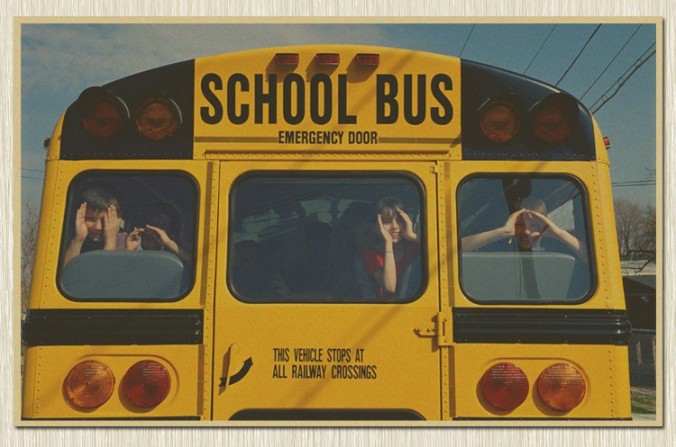 I never really liked school, except for kindergarten. I got lost on the second day of first grade by going to the wrong entry, the first sign of a sense of direction so challenged (i.e., damaged/unsound/defective) that a generation later I would spend over an hour looking for my car in the North Charleston Coliseum parking lot after my niece’s high school graduation.

Anyway, in the lower grades, I was mistaken for an academic superstar because of my verbal skills, but by 6th grade math, the jig was up, and when the rest of my alpha-grade-skipping group took Algebra I in the 8th grade, I was in regular classes and continued to struggle there among the not-so-gifted. Disorganized, lazy, rebellious, I always had something to dread — the lost band music, the undone homework, the choice of “suspension or three licks.”[1]

In the glorious summers, I was free to roam acres of undeveloped woods surrounding my neighborhood, later to pop wheelies on my banana bike under the glow of moth-crazed streetlights, and finally to sneak kisses waist-deep in Lake Murray on a weeknight with someone who signed her notes “I will love you forever.”[2]

And no matter whether it was in elementary, junior high, or high school, an established pattern developed: mental mourning on seeing back-to-school ads followed by a sense of growing anticipation about returning to check out the tans, the clothes, the new teachers.

I went to kindergarten in the school year 1957-8, the same year that the Little Rock 9 integrated Little Rock Central High. This year, I’m teaching my first history course, a semester elective called “America in the ‘60’s,” so I’ve been scouring the internet for material and ran across this remarkable film.  I invite you to enjoy its artistry and shudder at its content. Seriously, I consider this 3-minute film by Brittany VerHoef, Down Corwin, and Travis Cameron a minor masterpiece.

The horrible thing is that those divisions are all too alive and all too well exactly 60 years later. Do the enraged white people in the film remind you of any group today?

[1] I.e., three burning smacks on the ass with paddle or strop (I suffered both in my career as miscreant). Whoever it was delivering these blows, whether in junior or high school, was inevitably a former football coach now serving an administrative role. (If you were a girl the female basketball and golf coached did the whapping. (TMI?)

[2] And it was true! I received a sympathy call from her after my wife Judy’s death after decades of non-contact. My former girlfriend’s voice on the answering machine was choked with emotion over my loss. Maybe if you truly love someone, you continue to love him or her forever. It’s certainly true for me in regards to this caller.

9 thoughts on “Back to School, Then and Now”