Mr. Bigshot, who do you think you are?

By the way, I don’t pray, despite the miraculous anecdotal evidence. If I did, I’d probably limit my beseeching to “Thy will be done,” which in fact seems to me like a sort of silly request to make of an omniscient, omnipotent deity. “Damn straight,” might be the thunderous response in whatever is Heaven’s native language – Hebrew, Aramaic, Greek, Latin?

People who knew about our agnosticism would sometimes half-apologetically say during my wife Judy’s illness, “I know you’re not a believer, but I’m praying for you,” and she’d reply, “We welcome thoughts, prayers, and small animal sacrifices. “ I would assure them that I too welcomed their prayers and insisted I could very well be wrong in my metaphysical musings. After all, when Judy was studying to be a school psychologist and giving me a practice IQ test, I missed the question, “Why do people bathe?”[1]

Nor do I hold the belief that “things work out for the best” as if the challenges life splatters upon us are steps in some sort of divine plan that leads to a more favorable outcome.[2] Of course, horrible events can sometimes precipitate peripheral favorable outcomes. For example, if my maternal grandmother had not gotten cancer of the larynx, her son would not have met the red-haired student nurse who became my mother. I need to add that I don’t think my existence is a fair trade for my grandmother’s death in her forties. My non-existence would be no tragedy. Judy would have married someone who might not have gone bald. My son Harrison would not be spending this holiday weekend at Ocean Beach nor my younger son Ned headed to Iceland, but quite literally they would be “none the wiser.” 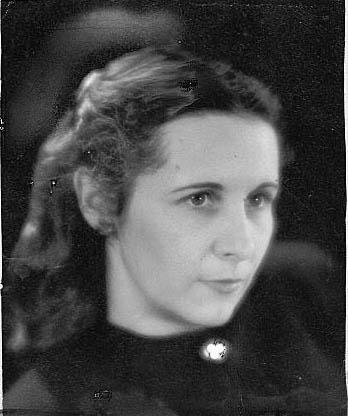 One of Judy’s pet phrases was “it is what it is,” and I might add, “it isn’t what it isn’t.” However, whatever the antecedent of “it” might be, it’s a mighty bountiful gift/accident to exist on the jewel of a planet moving in accordance with its kin folk of the Milky Way wherever we’re heading.

I thank my lucky stars (or God or karma) for affording me this opportunity to contact you, to look up from the computer screen to see outside my study’s window the soft sway of magnolia branches, to embrace the “wounded epicureanism” that has been my lot in life.”[3].

[1] To conform to societal expectations was my answer.

[2] Exhibit A: the Holocaust

[3] “Hemingway was a master not of a realized stoicism but of a wounded epicureanism. Have fun while you can, and then endure the bad stuff when it happens. It doesn’t sound high-minded when you say it, but it was saner than most anything else on offer.” Adam Gopnik in the 3 July 2017 edition of The New Yorker.

One thought on “Unanswered Prayers”