The world is too much with us; late and soon,

Getting and spending, we lay waste our powers . . .

In his long life, Richard Wilbur has never lost his Wordsworthian sense of childlike wonder. Wilbur’s heart leaps up, not only when he behold[s] a rainbow in the sky, but also at such overlooked mundane wonders like the turbine-vent [that] natural law/ Spins on the grill-end of the diner’s roof.

Many of his poems grapple with the relationship between metaphor and perception, suggesting that poetry works its magic in casting the commonplace (by the way, that diner is located on a planet swirling around a star hurtling in concert within a galaxy spinning into the vast abyss of space/time) – [ahem] casting the commonplace in strange ways that paradoxically help us to shake off the staleness of familiarity so that we suddenly can perceive the spectacular it-ness of the whatever.

Here Wilbur in an English sonnet called “In Praise of Summer” wonders why we need the distortions of jazzy description to jar into seeing:

Obscurely yet most surely called to praise,
As sometimes summer calls us all, I said
The hills are heavens full of branching ways
Where star-nosed moles fly overhead the dead;
I said the trees are mines in air, I said
See how the sparrow burrows in the sky!
And then I wondered why this mad instead
Perverts our praise to uncreation, why
Such savour’s in this wrenching things awry.
Does sense so stale that it must needs derange
The world to know it? To a praiseful eye
Should it not be enough of fresh and strange
That trees grow green, and moles can course in clay,
And sparrows sweep the ceiling of our day?

Wilbur, as it were, offers poetic language as a sort of perceptual slap in the face, awakening us to the unseen wonder right there before us while at the same time lamenting our inability to see freshly in the first place.. 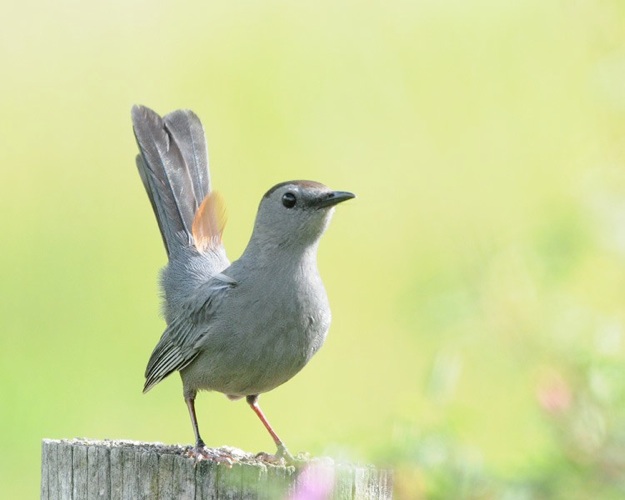 Closer to making than the deftest fraud
Is seeing how the catbird’s tail was made
To counterpoise, on the mock-orange spray . . .
Richard Wilbur, “Lying”

Seeing is half-creating, as Wordsworth himself puts it in “Tintern Abbey.”

Nevertheless, in Wilbur, our consciousness is both a wonder and a curse – sometimes in the same poem.  For example, in “A Question from Milton,” the poetic speaker dismisses prelapsarian consciousness as boringly 2-D:

In Eden palm and open-handed pine
Displayed to God and man their flat perfection.
Carefully coiled, the regulation vine
Submitted to our general sire’s inspection.

Envy the gorgeous gallops of the sea,
Whose horses never know their lunar reins.

Wilbur as a young man studied under the mighty Robert Frost, who echoes this post’s epigraph in the first line of his poem “Directive:”

Back out of all this now too much for us,
Back in a time made simple by the loss
Of detail, burned, dissolved, and broken off
Like graveyard marble sculpture in the weather . . .

The past, a simpler time, childhood.

All three poets – Wordsworth, Frost, and Wilbur wish we could chill, notice the glint of sunlight on that discarded aluminum soda can up ahead (rather than focusing our life force somewhere deep down in the mine shaft of self-absorbed work-based anxiety), that is, to have our childlike vision and sense of wonder restored.

However, if the office below is your workspace, good luck with those mind-forged manacles.

Chances are after 40-hour week cooped in your cubicle, you’re probably looking for something a little stronger than a shot of chiasmus and splash of synecdoche to get away from it all.  It’s going to take something stronger than Wilbur or Wordsworth to appreciate the it-ness of the StickyNote slapped on the particle board next to your computer.  But you gotta eat, right; the kids need braces; it’s the price we pay.

As one highly successful minstrel put it: They dope you with religion and sex and TV.   To evoke a cliche that the cubicles pictured in the above office suggest, contemporary corporate life is a competitive and repetitive rat maze where functionaries (what Marx called workers) glance repeatedly at digital clocks’ counting down the hours and minutes until 5 o-clock liberation and the slow creep of gridlock home.

Day after day, each missed sunset and rising moon are subtracted from the finite number of future possibilities.

I have measured out my life with coffee spoons.

And, of course, the soulless dissatisfaction with getting and spending isn’t limited to the corporate world.  Stroll down the halls of any Monday-thru-Friday workplace on the fifth day PM, and you’ll hear folks murmuring psalms of praise, not to Jesus, Yahweh, or Allah, but to Odin’s wife Freya/Frigg.

Day by day our world becomes more complex, and it sometimes seems that somehow there must be some diabolical conspiracy among the top 1% – the they in Lennon’s song – who have hypnotized us and led us onto this dizzying not-so-merry-go-round of consumption.  Even in rather seemingly slow paced professions like teaching, the proliferation of voicemails, emails, committee meetings, etc. means longer school days and school years.

Yet, truth be told.  We have only ourselves to blame for falling lockstep into the ranks of the conventional, sighing TGIF zombie corps.  A brave few souls, sons and daughters of Blake, refuse to conform.

Take my former student and now friend, David Connor Jones, who for the last few years has been living out of his car roaming the North American west “like Caine in Kung Fu. meet[ing] people, get[ting] in adventures” and encountering gorgeous vistas that would raise the hair of Richard Wilbur “[l]ike quills upon the fretful porcupine.”

It, of course, takes great courage to be free.  When I was in the USSR in ’89, the citizenry wasn’t digging perestroika, preferring the safe status quo.

At any rate, we should at least try to take Wilbur’s advice, to remember always the miracle of our being, to savor this very second, no matter in a cubicle, a jail cell, or worse.  We should strive to attain Buddha-consciousness in this here very life now, so as Wilbur puts it a bit more eloquently, we can find ourselves

In the same clearing where, in the old story,
A holy man discovered Vishnu sleeping,
Wrapped in his maya, dreaming by a pool
On whose calm face all images whatever
Lay clear, unfathomed, taken as they came.
Richard Wilbur, “Walking to Sleep”

One thought on “Late and Soon: Falling out of Lockstep from the Ranks of the Conventional, Sighing, TGIF Zombie Corps”