Like a turreted mansion, ornamental to the max, Victorian verse can seem to us more than a little too too much.

Take Tennyson’s “The Lady of Shalott.“

On either side the river lie

Long fields of barley and of rye,

That clothe the wold and meet the sky;

And thro’ the field the road runs by

Tremble in the water chilly

If you recite that out loud, you want to sing it, wonder if there  might  be an accompanying melody. Not only do we have the singsong meter, but the rhymes are also laid on as thick as marmalade.

I suspect that our president, though not old-fashioned, would like Tennyson — that is, if someone were to read Lord Alfred out loud to him. President Trump has a soft spot for rococo, admires elaborate wainscoting gilded with gold. I read recently that he wants to ride in a gold carriage when he travels to the UK to meet the Queen.

The nuclear code within his reach

His hair the color of a peach,

With his golf clubs by his side

In a cart he takes a ride

With a guest he can’t abide,

Robert Browning, on the other hand, is easier on our ears. Although the mad men in his gallery of monologists employ rhyme, the pauses in the middle of the lines – caesura is the technical term – and the fact that a line often tumbles without pause onto the next line – enjambment – means that the reader swallows the rhymes, softening them.

Here is one of Browning’s characters making sure his lover will be spending the night.

That moment she was mine, mine, fair,

Perfectly pure and good: I found

A thing to do, and all her hair

In one long yellow string I wound

Three times her little throat around,

As Lord Byron might put it, “So soft, so calm, yet eloquent.” 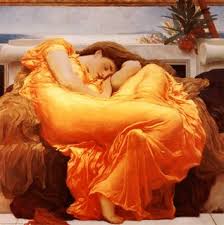 Let’s give Robert Browning a shot at the Donald:

I promise, I can’t overstate

The good that I will do. Spinning

Jobs back from China. Building

A wall. We’ll have reason to celebrate!

Matthew Arnold, though a far lesser poet, is like Tennyson, depressive. If Arnold were alive today, he’d be a frequent contributor to Pantsuits Nation.

Listen! you hear the grating roar

Of pebbles which the waves draw back, and fling,

At their return, up the high strand,

Begin, and cease, and then again begin,

With tremulous cadence slow, and bring

The eternal note of sadness in.

Published post-Darwin in 1867, “Dover Beach” describes a world where, like the pebbles flung to and fro, we are subject to elemental forces beyond our puny control.

Or vote Green next election, for time

Is running out as the planet warms

And oceans and tensions rise.

Alas, we are here as on a hijacked plane,

Piloted by a churl devoid of shame,

Loving only his riches and his fame.

Gerard Manley Hopkins doesn’t sound Victorian, though he is. He sounds like he’s tripping on two-way windowpane while getting sucked through a wormhole to another dimension.

My cries heave, herds-long; huddle in a main, a chief

Then lull, then leave off.

Warning: Hopkins is hard to imitate.

product of that last-saw-show, skit or pundit.

My great aunts on my father’s side were Victorians, majestic, bejeweled, sherry-sippers who considered procreation a necessary evil. So I dedicate this silly post to them – Tallulah and Lila – and to those porches upon which we sat so long ago.[1]

Down their carved names the raindrop plows.

[1] Both were grammar mavens and big on table manners.