Imagine my horror, then, when one Saturday twenty years ago around noon, my 8th grade son Harrison asked if I would take him and his 6th grade brother Ned to the Coastal Carolina Fair. 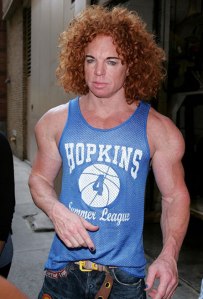 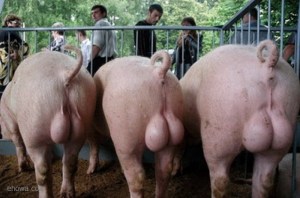 We were driving on Ashley Avenue in the small beach community where we live.[1] I looked over at my wife Judy whose expression was one that you might encounter if you had just informed someone that she was being sequestered for jury duty for a Gambino brother trial in Newark.

These words came out of my mouth: “You boys ever hear of Playboy magazine?”

They answered in the affirmative.

“Well, what if instead of taking you to the fair, I bought you a copy of Playboy magazine instead?

“I’m absolutely serious,” I said. “By the time we return home, get ready, battle the bumper-to-bumper traffic, find a godforsaken place to park, trudge the five miles to the entrance, we’ll all be exhausted.”

“You’re sure you’re not kidding?”

What he left unsaid, but it registered loud and clear: “You’re the greatest dad in the world!”

So we pulled into Bert’s Market, and I found the magazine rack and secured the current issue of Playboy, which featured the German figure skater Katrina Witt.[2] The transaction was made, the product sheathed in a brown paper bag.

Once we returned home, the boys scampered into the room and slammed the door.

The next day, while they were out skateboarding, I slinked into the room with the intention of checking out the issue myself, but they had hidden it, as if it were contraband.

Finally, I had to ask them outright if they minded if I took a look at it. I promised to give it back.

[1] Let me hasten to add that despite the tale that is to follow, our two sons have managed to graduate from college (one has a masters in linguistics, the other makes 30K more than his old man who has 31 years of teaching the same gig). In other words, they no longer live with us.

[2] People often ask why both boys majored in German. It just occurred to me that this event might have played a role.

3 thoughts on “Tales of Bad Parenting”