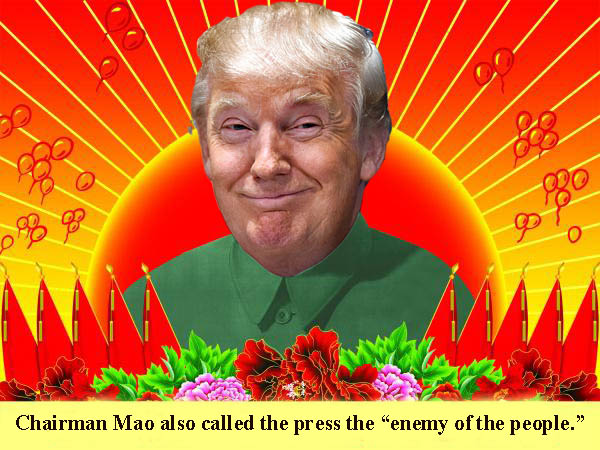 Let’s sing, all together now, “Don’t Take Me Out to the Ballpark.”

And how much will we save by eliminating PBS? $1.50 per taxpayer. Pennywise, for sure!

Meanwhile, well-compensated Secret Service agents guard Trump’s fine-lacquered sons as they open a “world class golfing resort” this weekend in Dubai.   Back home in the USA, the Treasury is forking out a half-a-million a day to guard a high profile plagiarist in a glittering tower. One of the enemies-of-the-people who works at the Washington Post estimates that these  Southern White House Mar-a-Lago weekends run about 3 million dollars. Money well spent, for sure.!

I’m beginning to think electing a pussy-grabbing president starved for adulation who shares more in common with Kim Jong-Un than he does with Jeb Bush wasn’t a very good idea. It’s month now, and we don’t have a National Security Advisor.

Oops, wait. My muse, Euphonia Laquacia Doggerel, has a delivery. I’ll be right back.

The Emperor of Tangerine

Gesticulating upon the stage

For his white supremacist base.

“The lying Press is Public-Enemy #1!”

Rave on, Dear Leader, rave on

Let be be finale of seem

The only emperor is the Emperor of Tangerine.

Be that as it may, Trump ain’t exactly original with his press=enemy-of-the-people-proclamation.

Dig these blasts from the past: 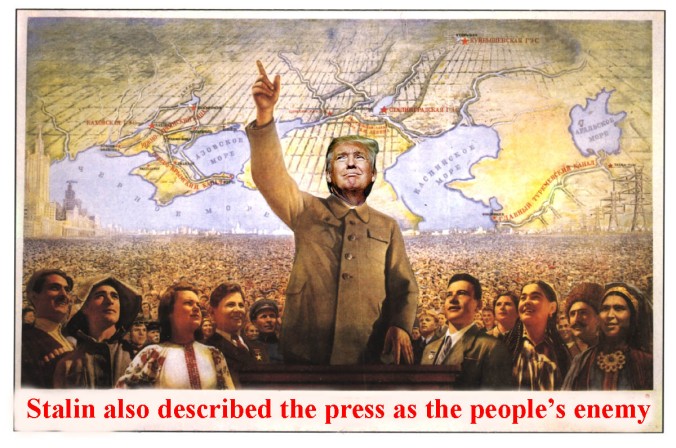 By the way, there’s a special election in the 6th District of Georgia this April.  Here’s something we can do to help undo: http://www.dailykos.com/story/2017/1/28/1626607/-Want-to-do-something-right-now-Then-donate-to-this-Democrat-running-in-a-House-special-election