Boy, I really didn’t realize how dark Trump’s vision the US is until I read his inaugural address:

Mothers and children trapped in poverty in our inner cities, rusted-out factories, scattered like tombstones across the landscape of our nation, an education system flush with cash but which leaves our young and beautiful students deprived of all knowledge . . .

I first thought Trump may have actually written this himself. I couldn’t think of a professional speechwriter who would come up with a simile so imagistically clunky as “rusted-out factories scattered like tombstones across the landscape of our nation.”  But it turns out Miller and Bannon are to blame.

Anyway, are you visualizing the image? 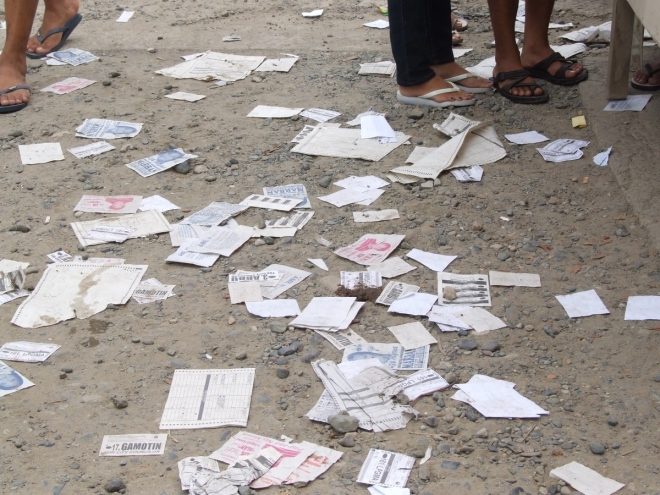 Perhaps there are more than a few rusted-out factories in Michigan, but down here in South Carolina where I live I couldn’t locate one to save my life. I asked my son who drove up from Orlando yesterday how many rusted-out factories he’d seen during the seven hour trip, and he said that the only factory he saw had smoke coming out of the smokestacks.

Also – and I’ll move on – the children in South Carolina suffering from poverty aren’t huddled in inner cities but eking out their existence without Medicaid expansion in shacks that litter the landscape like, um, shacks.

Okay, now that I got that off my chest, I’d like to offer brief synopses of how three thoughtful pundits perceive the Trump presidency, and I’ll go from darkest to brightest for sanity’s sake.

Sarah Kendzior, the author of The View from Flyover Country, is an anthropologist who specializes in authoritarian states and writes for various newspapers. She considers the accession of Trump as nothing less than catastrophic. She foresees a coming kleptocracy as a fragile democracy succumbs to fascistic institution-gutting by Trump and his mob-like nationalistic white-supremacist cronies.

In 2014 she served as an expert witness for an Uzbek refugee. Here is her account:

My job was to tell the judge about Uzbekistan: a country ruled by a dictator who abuses executive power to obtain personal wealth, threatens independent media and protesters, spies on real and perceived enemies, packs his administration with lackeys and relatives, refuses to disclose his financial holdings, molds public opinion through media domination, persecutes innocent Muslims under the pretext of fighting terrorism, and distracts the citizenry with pageants and spectacle, often proclaiming that he is making Uzbekistan great again.

She goes on to note

American authoritarianism will not be a carbon copy of other states. Mr. Trump’s authoritarianism will exploit pre-existing vulnerabilities – corporate corruption, institutional rot, systemic racism, a weakened economy, a struggling media, celebrity worship – and exacerbate them until our nation is no longer recognizable.

Should this occur, it may look like home, but it will not feel like home. What may be wrenched from us is a fundamental sense of security and sovereignty. When cable outlets are not promoting white supremacists or debating the humanity of Jews – yes, this is what our media airs now – they occasionally document Mr. Trump’s kleptocratic behaviour.

It’s almost dark enough to drive me to the nearest burnt-out strip mall to see if I can score some smack; however, Dr. Kendzior preaches resistance, not submission, and yesterday’s massive protests offer some hope that we’ll not take Trump lying down.

But we are still here, we the people, the inconvenient background players in Donald Trump’s self-serving shakedown of the American dream. We the people have been calling our representatives, demanding to know what is going on. We the people never did form that more perfect union, but we are not about to trade in the red, white and blue for the gold-plated facade of a tyrant tycoon.

We the people look out for each other – even when no one looks out for us.

Chances are you’re familiar with David Brooks, the affable guy-next-door conservative columnist for the NY Times and frequent contributor to the soon-to-be privatized PBS.

Brooks is considerably more upbeat about the survival of our democracy:

Some on the left worry that we are seeing the rise of fascism, a new authoritarian age. That gets things exactly backward. The real fear in the Trump era should be that everything will become disorganized, chaotic, degenerate, clownish and incompetent.

He sees hope in the possibility that the polarization Republicans and Democrats will end as the two join forces to quell the megalomaniacal maelstrom that will be Trump’s governing style:

We’ve wondered if there is some opponent out there that could force us to unite and work together. Well, that opponent is being inaugurated, not in the form of Trump the man, but in the form of the chaos and incompetence that will likely radiate from him, month after month.

Brooks ends his most recent column with this Panglossian hope:

With Trump it’s not the ideology, it’s the disorder. Containing that could be the patriotic cause that brings us together.

According to his by-line, Peter Leyden “is the founder and CEO of Reinvent, a media company.” He sees Trump’s inauguration not as “the beginning of an era – but the end.”

He posits that Trump’s atavistic wish to flip the calendar back to the USA’s manufacturing heyday is doomed because of the evolution of technology into an ever-increasing interconnectedness of digital technologies, which “will be totally global and operate on a planetary scale.”

Whereas Brooks sees Trump uniting the Right and Left, Leyden foresees him being the “vehicle that will finally take down right-wing conservative politics for a generation or two” by “completely and irrevocably alienat[ing] all the growing political constituencies of the 21st century: the Millennial Generation, people of color, educated professionals, women.”

He goes on to say suggest that it’s actually ultimately fortunate that Hillary lost because she “would not have been able to finally bring down the conservative movement and its archaic ideology.”

Wesley Moore is a very confused and woebegone blogger. He has no earthly idea what’s going to happen. You can find him at any number of Folly Beach drinking establishments or loitering in the parking lots of burnt-out strip malls.

One thought on “3 Contrasting Visions of the Trump Presidency”