Get dressed, get blessed

Try to be a success

Please her, please him, buy gifts

And they put you on the day shift.

Another Thanksgiving as come and gone, and for some reason, even though it’s only Friday morning, already a Sunday evening sadness has descended, which is essentially the consequence of wrong-thinking.

I’ve committed a common error, perceiving life as linear, a journey. A pilgrimage. But there’s a real problem in perceiving our existence in this manner, because the payoff of a journey or pilgrimage is reaching the final destination – Emerald City or Canterbury Cathedral – and, of course, when we reach the end of our life’s journey/pilgrimage, we’re no longer we but something to be disposed of, to be burned or buried.

detail from All Our Yesterdays, Michael Bilotta

And then you wake up one day, about 40 years old and you say “My God! I’ve arrived.” ”I’m there.” And you don’t feel very different from what you always felt And there is a slight letdown because you feel is a hoax And there was a hoax. A dreadful hoax They made you miss everything. We thought of life by analogy with a journey, with a pilgrimage, which had a serious purpose at the end and the thing was to get to that end. Success or whatever it is, maybe heaven, after you’re dead. But we missed the point the whole way along. It was a musical thing and you were supposed to sing, or to dance, while the music was being played.

Ulysses to Achilles in Shakespeare’s Troilus and Cressida:

Time hath, my lord, a wallet at his back,

Wherein he puts alms for oblivion

But who are they – the they Watts accuses of making us “miss everything?”

Well, as Porfiry Petrovich  famously said to Rodion Romanovich Raskolnikov when the latter asked him who had killed the old pawnbroker and her sister:

“What do you mean, who killed?” he asked as if he couldn’t believe his own ears.  “Why, Rodion Romanovich, you killed!  You committed the murders, yes.”

The they are we.  We possess free will, BF Skinner be damned.  How many sages have walked upon the earth extolling us to consider the lilies of the fields or that it is better to travel well than arrive?

Those sages say we must murder that conception-of-self psychologists call the ego, abandon the self-delusion that a homunculus somewhere inside our brain is the sum total of who we are, to realize that we and the lilies of the fields and the clouds in the sky and the birdcall are one.

Easier said than done.  Droughts can decimate fields, and although form is emptiness, the swirling subatomic particles of an axe can do real damage.  Food and shelter demand, unless you’re a Trump or Kennedy, labor, and most of us labor under the supervision of someone more powerful, whether it be a foreman or the always-right customer.  And, in truth, a very few people own and control almost everything, but we do ostensibly have autonomy over our lives (at least for the time being here in the good ol’ US of A).

Ultimately, I think, it’s crucial to find employment that we love and to train our minds to concentrate on the bits and pieces of that employment, whether it be whisking an egg, laying a brick, or constructing a math test, in other words, to enjoy the music of the moment rather than racing forward in our minds to the final cymbal crash of the coda.

It’s hard to do, especially with all of the distractions, the mechanical slicing of time into periods, shifts, breaks, etc. – but we certainly don’t want to end up like John Marcher in Henry James’s “The Beast in the Jungle”:

He had justified his fear and achieved his fate; he had failed, with the last exactitude, of all he was to fail of; and a moan now rose to his lips as he remembered she had prayed he mightn’t know. This horror of waking–THIS was knowledge, knowledge under the breath of which the very tears in his eyes seemed to freeze. Through them, none the less, he tried to fix it and hold it; he kept it there before him so that he might feel the pain. That at least, belated and bitter, had something of the taste of life. But the bitterness suddenly sickened him, and it was as if, horribly, he saw, in the truth, in the cruelty of his image, what had been appointed and done. He saw the Jungle of his life and saw the lurking Beast; then, while he looked, perceived it, as by a stir of the air, rise, huge and hideous, for the leap that was to settle him. His eyes darkened–it was close; and, instinctively turning, in his hallucination, to avoid it, he flung himself, face down, on the tomb.

So, ladies and gents, let’s don our dancing shoes before it’s too late. 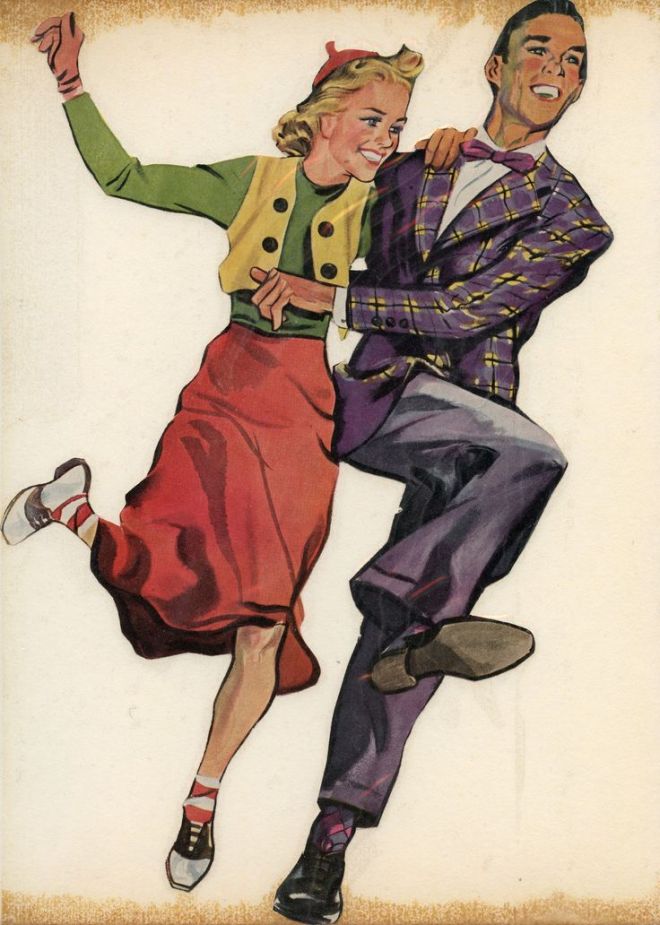