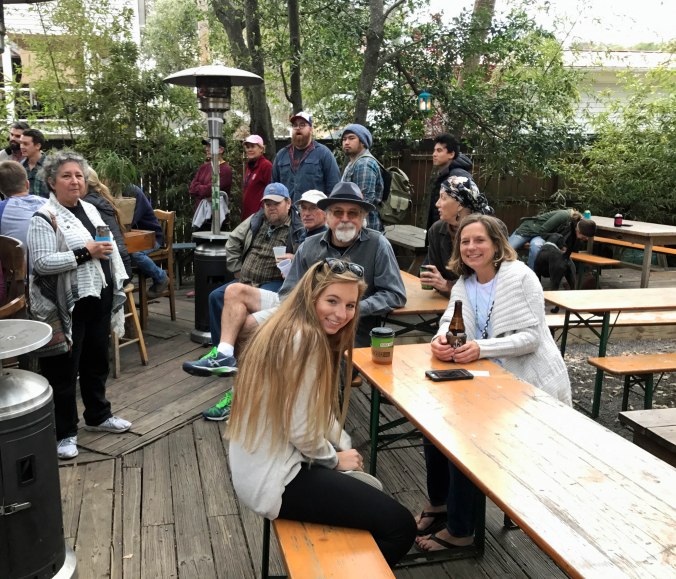 Some of my crew between sets at Porch Fest

Yesterday marked the third anniversary of Folly Beach’s version of Porch Fest, a down-home musical festival where local talent spreads across the island to play in various down-home venues, sometimes literally on someone’s front porch, but more often on a makeshift stage in someone’s backyard.

Yesterday was chilly and windy, hard on the musicians’ fingers.  The wind interfered with some of my recordings, which are, alas, very amateurish.  Nevertheless, here are two of the acts, Jim Crow and Fleming Moore.

Jim hails for Arkansas where he learned his chops.  Among the folks he played with back in the day was Cindy Williams, who goes by “Lucinda” nowadays.  In the tradition of Ry Cooder, Jim is a walking, talking, crooning, finger-picking archivist who brings back to life long forgotten gems.

Fleming, on the other hand, is folk singer who traffics in dark apocalyptic visions but also writes songs that display a sardonic humor in narratives dealing with existence along the frontage road of the Interstate of Life.

Welcome to the Trump years!

And once, again, film making ain’t my forte.