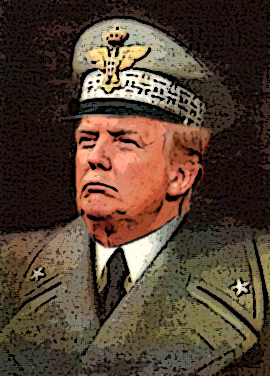 I’ve resigned myself to a Trump victory and the subsequent dismantling of our democracy, have been relentlessly seeking a corrupt apothecary willing to sell me some suicide pills to swallow after the conclusion of my show trial and subsequent sentencing.

After the inauguration, I suspect that one of Trump’s first acts will be an executive order calling for the construction of hundreds of gulags, and he’ll award the contracts to Trump Inc. (creating thousands of jobs!).

So while the getting’s still good, I thought I’d take advantage of my First Amendment right of freedom of speech and for one last time mock Trump and his minions. 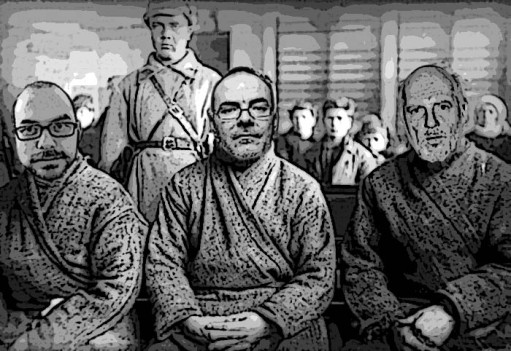 [cue Pete Seeger] Where Has All the Irony Gone?

In the Age of Irony, how is it possible for Trump to have triumphed?  In a land where every late night host is as sardonic as Jonathan Swift, the nation has turned to a despot whose sense of irony robust as Lenin’s corpse.

Dig this: Just yesterday, in her thick immigrant accent [cough, cough], mechanically looking back and forth from teleprompter to teleprompter as if she were watching a ping pong match in super slo-mo, Melania Trump spoke out against cyber bullying – CYBER BULLYING!

And also yesterday, the Emperor of Orange announced

And here’s Kellyanne Faustina Conway, who swapped her soul for book royalties.  Certainly, if she were to write a truthful account of the inner workings of the Trump campaign, she would find herself alongside Paul Ryan and Mitch McConnell in one of those above-mentioned gulags.

No sense of irony here:

The most joyless presidential candidate is running the nastiest, most substance-free campaign in final days. Even sadder? Comes from a woman

And then the Trump supporters themselves, impervious to irony:  Hillary’s dishonest; you can’t trust her.

2 thoughts on “In Addition to a Wall, He’ll Also Build Gulags”