On Saturday nights in the little living rooms of my youth, my family huddled around our black and white television to watch Sheriff Matt Dillion engage in gunplay so civilized that it seemed as if the Marquis of Queensberry presided over Matt’s confrontations with that neverending stream of cold-blooded killers. In each episode, the two antagonists would politely pace like duelists to settle questions of good and evil according to who possessed the better reflexes and aim.

Would the avatar of law-and-order prevail over the sadistic child slayer, or would the sociopath triumph and therefore enjoy the freedom to continue his chosen lifestyle of plunder and mayhem?

If we weren’t watching television, we listened to my mother and father tell the tales of their youth, the old man regaling us with Depression era stories of Spring Street when the Jenkins Orphanage band was in full swing. We learned about some woebegone junkie called Paregoric Annie who haunted my great-grandfather’s pharmacy on the Corner of Spring and Ashley. She periodically visited peninsula drugstores begging for opiates, which Great Grandaddy generously donated, like the rest of his competitors, on a rotating basis. Despite the entertainment Charleston’s two channels provided, the old oral Southern tradition remained dominant.

The public school I attended generally reinforced these prejudices. Our South Carolina History text blamed the “War Between the States” on unfair tariffs and sympathetically portrayed the rise of the Klan as a sort of necessary reaction to the injustices of Reconstruction.

Thus, the inculcation of culture was passed from generation to generation without very much outside influence.

The times, however, have changed, as Dylan prophesied they would a half a century ago. 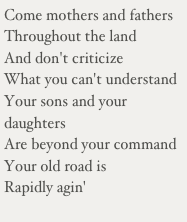 As any adolescent psychiatrist worth her weight in Adderall knows, once a child reaches middle school, his peers influence him much more than his parents. The same might be said of the media with college-aged kids, young adults, and couples with young children – media influence them more than traditional family mores.

Grandaddy’s biblically based view of homosexuality gives way to Oprah’s open-mindedness. What my mother once derisively termed “shacking up” is more and a more a sanctioned step on the pathway to matrimony.

Our choices are directed less and less by traditional knowledge and more and more by elements captured here and there in the media [:] How to eat properly, how to stay young and healthy, how to bring up children [. . .] The present governs our relationship with the past. We keep only that part of the past that is convenient for us, only what is not in flagrant contradiction to modern values, personal taste, conscience. No collective rule has value in itself any longer if it is not expressly recognized by the will of the individual.

Gilles Lipovetsky: The Empire of Fashion

I’m not arguing that abandoning the deep roots of tradition for the ephemeral cartoon bubbles of sitcom morality is necessarily a great thing, nor does Lipovetsky:

A preference for provisional arrangements is winning out over fidelity, superficial commitment over motivation based on belief. We are embarked on an interminable process of desacralization and desubstantialization of meaning that defines the reign of consummate fashion. This is how the gods die, not in a nihilist demoralization of the West and anguish over the loss of values, but in small jolts of meaning. Not in the morosity of Europe, but in the euphoria of fleeting ideas and actions. Not in passive disillusionment, but in hyperanimation and temporary highs. There is no point in weeping over “the Death of God” : God is getting a technicolor, fast-forward funeral. Far from engendering a will to nothingness, the death of God carries the desire for the new and its excitement to extremes. 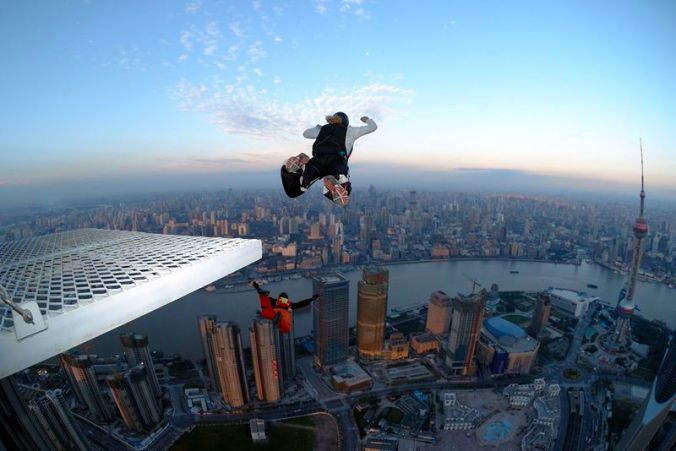 What I will argue is that among America’s youth that the old ways are not their ways, and ubiquity of internet access bodes poorly for the traditional Republican Party as the majority of their constituency shuffles off to their appointments in Samara.  Also, changes are afoot on the Democratic side as the young Sanders’ Brocialists push the Democratic ever more leftward.

Or as Springsteen put it in “Independence Day,”

Because there’s just different people coming down here now and they see things in different ways
And soon everything we’ve known will just be swept away.

2 thoughts on ““The Progressive Shifting of the Social””