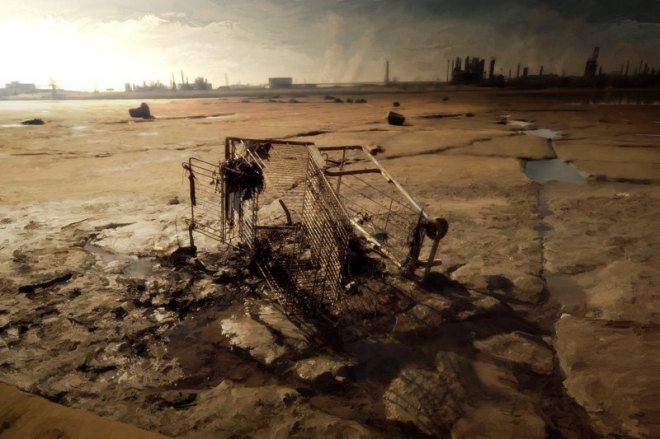 From man’s blood-sodden heart are sprung

Those branches of the night and day

Where the gaudy moon is hung.

What’s the meaning of all song?

‘Let all things pass away.’

Once upon a time,

and a very good time it was,

before we put seeds in the ground,

the gods lived inside the snake,

inside the bush, inside of us.

After the capture of the seed,

the plants lost their souls

as the folk toiled

beneath the eyes of a watchful god —

or so they thought.

But over the centuries, as they reaped and sowed,

the sky god began to shrink, to wither

into little more than a whisper.

and the factories spewed their soot,

and the dead carp floated upon the lake,

and the coral disappeared from the seas,

which rose year after year –

to reclaim the trade-seared land.