For some teaching is a calling – my colleagues Ralph Nordland and Chuck McCarver come to mind. To them, it’s as if teaching is a vocation in the religious sense. These individuals devote their lives in almost monastic fashion to educating young people, in Ralph and Chuck’s cases, educating young people about the profundities and intricacies of history, a subject they revere almost religiously.

These dedicated teachers approach the academic year like generals mapping out a campaign. No improvisation for these masters. Each precisely planned class (to abruptly shift metaphors from the martial to the aesthetic) creates a distinct picture but also serves as a mosaic piece that occupies a place in an arrangement of other pieces that collectively form a “bigger picture” – in Ralph and Chuck’s cases, portraits of civilizations. We’re talking here – if you’ll allow one last metaphor shift — – motifs, tapestries.*

Not coincidently, these teachers demand much, receive much in return, and are almost universally revered by their students.

Another teacher of this ilk was the late James Gasque, a legend at Dreher High School and Heathwood Hall in Columbia.

*I wish I could blame my inability to sustain a metaphor on over-exposure to the attention-span obliterating frenetics of Sesame Street, but that was before my day.

Still other teachers enter the profession because they love children as a species. They think science or math is cool but don’t live and breathe their chosen subjects the way the “called” teachers do.

Still others — like me — stumble into teaching because they haven’t planned their lives out well, and, in my case, as HL Mencken said, “all that’s required of an English teacher is that he can read and write.”

Plus, you get the summers off.

Who in his right mind would spend the majority of his life in high school?  I hated it when I was a student at Summerville High: the hierarchies of popularity, the drab concrete walls plastered with bright propagandist posters, the jock friendly administration that suspended you when exercised your First Amendment rights by wearing a black armband to protest a stupid war. The principals, vice-principals, coaches considered non-conformity a personal affront. 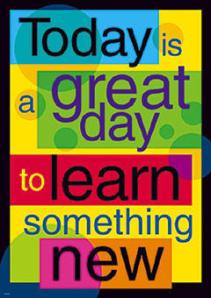 In my case, I majored in English in college because I enjoyed reading and especially poetry. I remember being in kindergarten and checking out old editions of Mother Goose from Summerville’s Timrod Library. I read the rhymes out loud, despite suffering from a speech impediment that rendered s-sounds lispingly and prevented me from pronouncing L-and-R sounds. Hick-o-wee, dick-o-wee, dock.

At any rate, I ended up being a teacher thanks to a series of fortuitous accidents.   Engaged to be married and having dropped out of grad school with 27 hours, I was unemployed and responded to an ad in the paper to teach at community college even though I lacked both of the requirements it demanded, a Masters degree and teaching experience. The ad said to contact Ed Bush, English Coordinator.

So I did, not by sending him a letter or resume but by showing up on campus, standing in a drop-ad line with students, and being hired on the spot, sans resume, sans transcript. As they say, timing is everything.

Years later Ed Bush, who was close friends with the English Chair at my current school, suggested me as a replacement for someone who had been fired. I didn’t realize that the Chair himself had been forced to resign, but thanks to the compassion of the incoming chair (she felt bad for the departing chair who wanted me), I was hired.

Despite my lack of credentials and high school experience, I had published a couple of short stories, and as it turns out, being a working writer is advantageous in teaching writing, so all in all, it’s worked out all right, despite my lack of dedication, my not particularly liking children any more than I do adults or old people, despite my inability to shovel propagandist bullshit (like consoling the losing team by telling them everyone is a winner) or my inability to buy into the latest pedagogical methodology. Yawn.

Anyway, if every teacher were super dedicated, the kids would have 10 hours of homework a day, which might lead to an armed insurrection, or in the case of independent schools, a mass exit for less Spartan education.

So I raise my glass to the average teacher, the Joe or Joanna who does the best she can without sacrificing the rest of her life — romantic relationships, outside hobbies, lazy Sunday afternoons — for the sake of the hormonally unbalanced. After all, it ain’t the best paying job; plus society holds you to a higher standard in your personal behavior than it does doctors, lawyers, and Congressmen.

6 thoughts on “On Teaching”