My school highlights a virtue each month, and not surprisingly, given the season, this month’s virtue is Thankfulness. Each morning a quote extolling gratitude appears in the daily announcements, and these quotes make sense to me. You’re much better off, much more likable, if you project an aura of humility as opposed to one of entitlement.

Not to be a whiner, but the last 6 months have been a trying time, what with the death of a childhood friend/college buddy, our deck catching on fire (same day), Judy’s diagnosis of cancer, a rat infestation resulting in the replacement of our air-conditioning duct work (objective correlative for cancer), my mother’s stroke, the death of another dear friend, not to mention the return of the Chicken Curse.

But what the hell? I can think of some people who’ve had it worse. — Job from the OT, the chick in Boxing Helena, Bruce Jenner — so I’ve decided to compile a list of the little things I’m thankful for — not obvious big things like being thankful I’m not a leper or that a gigantic asteroid isn’t hurtling towards earth in a collision course — but the little things that can make a big difference in your day-to-day existence.

2. I’m thankful I don’t live next door to a motorcycle mechanic. 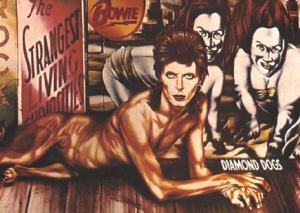 4. I’m thankful that in 1974 my girlfriend talked me out of getting David Bowie’s Diamond Dogs album cover tattooed on my chest.

5. I’m thankful that no one in my family “talks in tongues.”

6. I don’t know about you, but I’m thankful Dylan went electric.

7. I’m thankful that our rescue dog Saisy doesn’t suffer worse mental problems than PTSD, an insatiable appetite, the propensity to snap at people who pet her for too long. I’m also thankful that Kelly Campbell didn’t sue us when Saisy bit Kelly’s hand off.

9.  I’m thankful that despite my tragic – let’s call it Sophoclean – vision of the world, I still possess what my grandmother called “a naturally sunny disposition.”

10.  I’m also thankful for my blog readers. Now, rather than waiting around for rejection slips, I can publish whatever I want, no matter how shitty. 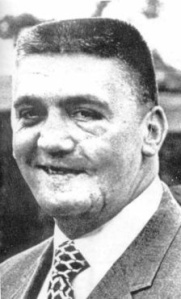