“Drink your tea slowly and reverently, as if it is the axis on which the world earth revolves – slowly, evenly, without rushing toward the future.” ― Thich Nhat Hahn 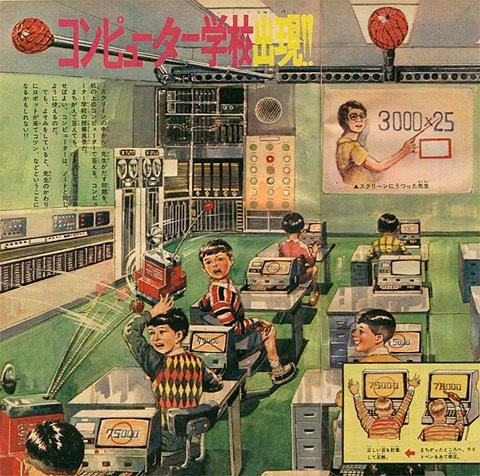 As a public service, I’ll summarize the 21st century global educational rap so you can save yourself forty bucks:

In other words, the economy’s done gone global on us; ergo, it’s time to bid adieu to accountants and autoworkers. We won’t be needing them anymore because we got robots and Turbo Tax. The new worker better have his/her left/right hemispheres well-wired because he/she is likely to spend his/her day interacting in various media with far-flung team members solving problems.

What’s different now is the concept of student-centered education, as opposed to adult-centered education, which means, in part, that students utilize the awesome resource of the internet to research topics and then teach those topics to each other. For example, in January of 2012 at a conference I attended, Tom Daccord, an employee of EdTechTeacher, whose “mission is to help teachers and schools leverage technology to create student-centered, inquiry learning environments,” demonstrated how the model works. He manipulated a screen that showed us images of how innovative first grade teachers in Saskatchewan and coastal New England had created interactive websites so that the New England first graders were teaching the Canadian first graders about horseshoe crabs, and the Canadians the New Englanders about Native American cultures. These little ones were not only learning about a subject but teaching it to others in several different modalities, but, also, they were well on the way of becoming successful 21st Century citizens, i.e. effectively exchanging fairly simplistic information through images and words via the internet. 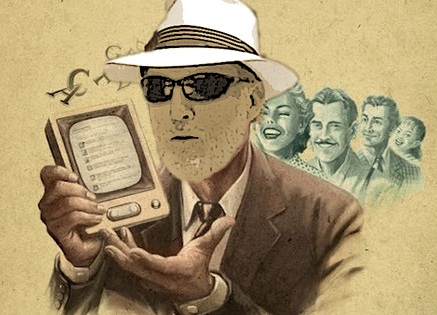 self-portrait of the author as tech guru

Ironically enough, Mr. Daccord, like virtually all of these 21st education entrepreneurs, delivered this information via a lecture, a keynote address, albeit it a well-wired one in which he strutted across a stage using the intonations of a motivational speaker and the studied hand gestures of an ESPN football analyst. His presentation was not student centered because student centered learning is not an efficient way to relay expertise. Dividing his audience into groups to research various technological innovations and then to regather to have each group teach the others how technology can be “leveraged to create inquiry learning environments” would not only take weeks, but also perhaps be rife with amateurish misinformation.

Underlying these presentations is the concept that the younger generation interfaces with the world in ways that we troglodytes can’t comprehend and that chiding the young for exchanging the heavens above for its image on a 3 x 1 screen is hopelessly naive. We need to be adaptive, to channel their Sesame Street quick-cut edited consciousnesses into small incremental periods of hands-on instruction.

I beg to differ. It probably suits multinational corporations just fine for us to produce highly articulate and analytical non-questioners willing to do industry’s bidding; however, the corporate worldview is not necessarily the best of all human perspectives.

What you never hear about in these educational manifestos is the individual’s place in the cosmos. How cognitively dissonant it must be for students inundated with American society’s corporate messages of cohesion and conformity to encounter the Steppenwolf, Stephen Dedalus or Caddy Compson in my AP classroom.

After all, the history of the West is the story of the heroic individual – Prometheus, Milton’s Satan, Hester Prynne, Martin Luther King. Although we don’t envy Job’s suffering or Oedipus’s fate, we sure as hell don’t admire their mealy-mouthed counsellors and chorus.

The world is too much with us late and soon, but it’s sweeping past much more quickly than it did in Wordsworth’s day. Video games, smart phones, tablets, the pinging of emails, the flashings of voicemails, the dizzying editing of movies all feed the fragmentation of attention to the detriment of the rich introspection that only deep silence can accommodate. Even college football games transpire in huddleless supersonic speeds. In this year’s Orange Bowl the announcers couldn’t keep up with the frenetic pace that seemed better suited to a professional basketball game than it did to football.

Perhaps an alternate, innovative 21st Century school might provide students with the best that has been thought and said and discovered with time to reflect on what they have learned. They certainly don’t need me to show them how to incorporate technology into their inquiries.

But as citizens, they certainly need to know our Constitution, the scientific method, the patterns that history provides, how art can provide beauty and mirror a culture’s preoccupations. To accomplish this education, it just might be necessary for an adult to tell a child what the adult knows about chemistry, the Russian revolution, or Irish history’s influence on the novels of James Joyce.  Certainly, we can enhance this instruction through computer-generated multi-media presentations and deepen students experience through projects; however, in high school we need to teach them a little about a lot, and you can’t beat lectures (and reading) for providing a lot of information in s short amount of time.  Just ask Tony Wagner. 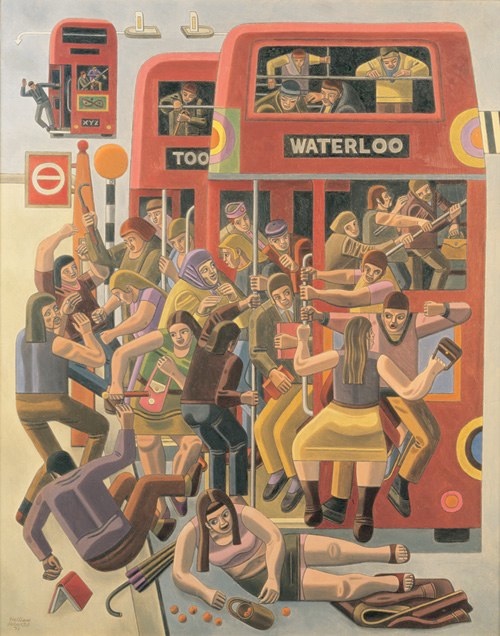