Back in the early 50s when I first became aware of sensations, diesel fuel was a predominant smell, and I grew to savor it. My grandfather owned a service station, and early in my life for a year or so our family lived there in a commercial building that doubled as a domicile. We called this abode “The Station.” Out front it was all concrete, though there was a grassless backyard with one lone sycamore tree standing on the edge of the property.

A Doberman pincher named Ace roamed the desert domain of the backyard, and he was about as friendly as Cerberus, the three-headed canine guardian of the Greek Underworld. So I spent my days inside safe from traffic and attack dog, a preschooler cut off from nature. There wasn’t that much nature to see at the Station anyway. The only wildlife I remember encountering were a black snake sunning on summer pavement and bats zigzagging overhead at dusk.

At night, eighteen wheelers rushed past in swooshes, sounding somewhat like waves breaking on a beach. In fact, the Station was sort of like a barren island standing in a sea of cement. We lived in isolation.

What a contrast to the town of Summerville itself, “Flowertown in the Pines,” a garden of earthly delights where the sweet ephemeral smell of tea olive wafted in front and back yards among the other flowering shrubs, azaleas and gardenias.

We had moved from the Station to Laurel Street across from the Playground with its swings, sliding boards, a foot-propelled merry-go-ground, and a bell-shaped contraption we called the “ocean wave.” Unfortunately, I contracted rheumatic fever at Laurel Street and spent three months confined to bed after a weeklong stay in Dorchester County Hospital. Like Ace the Doberman and highway traffic, disease also kept me inside before I started kindergarten.

Did these early experiences of mandatory house arrest contribute to my becoming “an indoorsman?”[1]

Dunno. Maybe? Whatever the case, a prefer the not-so-great indoors. I’d much rather hunker down in a dark basement bar in Asheville than hike the Appalachian Trail.

Now, however, I live on the Folly River, and the windows that line the outer walls of our house look out over the marsh to uninhabited Long and Morris Islands. Now I can’t avoid nature; it’s been thrust upon me, even in our air-conditioned living room. Sitting on the sofa or out on the screened porch or deck, I have witnessed owls, wood storks, ospreys, painted buntings, egrets, bats, deer, bald eagles, river otters, and minks, not to mention the frogs that inhabit our water garden and fill the night with constant croaking. Also, I’ve seen my share of Wild Kingdom carnage, hawks swooping down to snatch birds, ospreys lumbering over the house with fish in their talons.

I still spend an inordinate time cooped up in my study, which I have dubbed “the drafty garret.” Cut off from the outside word, I spend way too much time staring into an iMac screen reading depressing news stories and fiddling around with words.

However, I still savor the evocative odor of diesel and the memory-producing aroma of tea olive and the flora and fauna of the backside of the Edge of America.  In other words, I enjoy being, whether indoors or out, thanks in great part to my wife Caroline and her daughter Brooks. Oh yeah, and KitKat, whom I’ve grown very fond of, a chihuahua terrier mix that wouldn’t have been my first pick of dog crossifications. Unlike Ace, her bark is worse than her bite.

Anyway, It’s summertime, and at least for now, as the song says, “the living is easy.”

[1] I was, on the other hand, an avid surfer until my mid-60s when old age made me feel as if I’d been in a minor auto accident after each surf session. 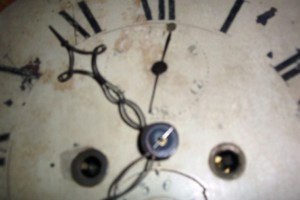 No one’s left to answer the questions I have about my first memories, scenes that take place in the gas station/house of my maternal grandparents in the year 1954 or 1955.

World War II has been over for ten years now.

I am two, maybe three. My grandparents, my aunt, maybe my uncle, live in a building that’s part commercial enterprise, part domicile. It’s not a home — or even a house – but the Station. What should be the front yard consists of a narrowing triangle of concrete featuring an island of gas pumps, the apex of the triangle marking the fork where Highway 78 splits into West 5th North Street and Richardson Avenue.   Diesel smells hover as cars swish by night and day, day and night. Out back, a wire fence encloses a treeless dirt yard where an unfriendly German Pinscher prowls.

It seems at the time of these first memories that my mother and father are living at the Station, too. The upstairs, if subsequent recollections are correct, consists of one ark-like bedroom that has two or three beds and a stand-alone sink. There must be a bathroom downstairs, but I don’t remember it.

My first memory ever is of my parents’ leaving each morning. I descend the steep stairs terrified I’ll fall. I lead with my right foot, step after step, right foot first, until I’m about four steps from the bottom. Then I leap into my father’s outstretched arms, and he slings me around in circles. I don’t want my parents to leave me, but they do, and I spend the rest of the sibling-less day in the domestic section of the building while my grandfather pumps gas or fixes flats and my grandmother works the counter cash register. I can remember feeling sorry for myself as I sat sideways on the bottom step with my knees up. I remember thinking that the day would never end.

At two-and-a-half, I’d experienced fewer than a thousand days, so in that frame of reference, a day looms large. Now, I have weathered approximately 24,759 days, 2063 full moons, 66 Christmas Eves. Yet, even though my frame of reference of a day has shrunk 2,000-fold, the days – especially, the weekdays  — still seem long.

But not the years — the years zoom past like cars on a freeway.

Blink, just like that I’m engaged to be married and attending a party with my mother during her 25th high school reunion weekend. My former classmate Emma Jo Mellard is there with her mother as well. We make small talk, comment on time’s winged chariot’s terrifying swiftness.

Blink. I’m swinging my sons in circles above my head.

Blink. I’m looking at a photograph on Facebook of members of my high school class who will attend their own reunion next year if the pandemic abates.

These classmates are wizened, unfamiliar, old, like my own visage in the mirror.

O what shall I do with this absurdity –

Decrepit age that has been tied to me 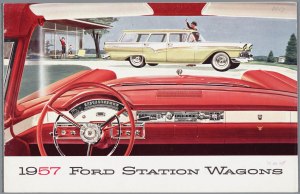 In Summerville, South Carolina, way back in the early 1950’s, when my consciousness slowly awakened and started taking note, you couldn’t drive up to a gas station in your spanking brand new Ford station wagon and fill her up yourself. No, when you pulled up to the pumps, you were met by a worker in overalls who would not only provide you with fuel, but also check your oil, fan belt, and tire pressure. He would clean your windshield, take your cash, and bring you your change.

Where Highway 78 splits into West 5th North Street and Richardson Avenue, my mother’s parents owned such an establishment called the Nation Station and actually lived within its confines. When you entered the front door, you encountered a white-washed wooden counter and a cash register where my grandmother Hazel Hunt Blanton sat perched on a stool. Behind the counter a sheet-like curtain separated a space where tires were stacked, and beyond that was a door leading to three rooms, a hallway with steps, a “living room,” and a kitchen.

Those steps led steeply up to the bedroom — I only remember one – a cavernous barn-like space with a sink that stood out in the open. There my Scots-Irish grandfather Kistler, a bantam rooster of a man, ruddy as a crake, would apply frothy cream with a brush and shave himself with a straight razor that he would snap shut with authority when the ritual was over.

The sleeping arrangements were peculiar — a less decorous narrator might use a stronger word.   I don’t remember where my grandfather slept. My grandmother slept with my aunt Virginia, who was only six years older than me.*  A ratlike (redundant?) Chihuahua named Perfidia also shared the mother-and-daughter’s bed. Why they would name a dog the Spanish word for “faithlessness” is beyond me.  “Here, faithlessness!  Come faithlessness!”

I do know why “Fiddy” slept in the bed with them, however. It was for medical purposes: Chihuahuas were supposed to be good for asthma, which periodically plagued my grandmother, sometimes resulting in stays at brown-bricked Dorchester County Hospital. I can see her now, encased in an “oxygen curtain,” wheezing, gasping for breath.

In addition to Perfidia, my aunt kept two parakeets whose whistling provided a sonic counterpoint to Fiddy’s high-pitched yelping. They resided in a cage near one of the windows and spent the long, long, days of my fifth year pecking at bells and suet (and, of course, defecating).

One day, when Virginia got home from school, she discovered to her horror that both of the birds were drenched and behaving oddly. She went into a frenzy — and for good reason. My toddler brother David had given them a “bath” with a Black Flag insecticide sprayer. Of course, Virginia directed her inchoate rage at David rather than my grandmother who had left the poison within a toddler’s reach.

We have no idea what David’s motives were. They could have been altruistic (the birdies looked like they needed a bath, though in that case mangy Fiddy seems a more rational target.) At any rate, I’m fairly certain David didn’t make the connection between spraying the insecticide and killing its recipients.

So I stood around and watched the birds have spasms amid the Euripidean howls from Hecuba Virginia.   There was nothing anyone could do. How much does a parakeet weigh? What antidote was there? Eventually, the spasms ceased. The soon-to-be uncolorful birds lay still on the newspaper lining the bottom of their cage.

No doubt the Station sold cigars because Virginia had used a cigar box for the birds’ coffin. Behind the Station (whose “front yard” was a slab of triangular concrete narrowing to the intersection of the two highways) was a small area with one fairly substantial tree. Beneath it Virginia dug a hole and buried the gauze-wrapped birds side-by-side like Abelard and Heloise.   Dirt thumped upon the lid of the cigar box, Virginia said a few words, and a marker was erected.

She told me that in a few months we could dig them up to see their skeletons, but thankfully, we never did.

* Though grammatically incorrect, “me” sounds so much better then “I.”