“The proper method of judging when or whether one should help another person is by reference to one’s own rational self-interest and one’s own hierarchy of values: the time, money or effort one gives or the risk one takes should be proportionate to the value of the person in relation to one’s own happiness.” — Ayn Rand

Jack and Jill went up a hill
to fetch a pail of water.
Jack fell down and broke his crown
And Jill came tumbling after. 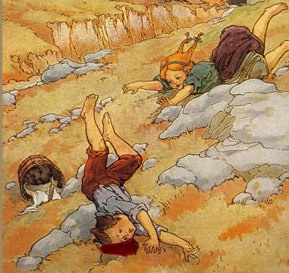 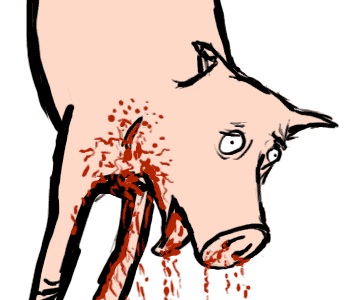 Georgie Porgy pudding and pie
Hung with the girls and not the guys.
Puberty’s hitting him, however,
Precipitated a change in Georgie’s weather,
So Georgie ditched his girly toys
And hid in the closet with like-minded boys.

Mistress Ayn has this to say
To all of you who might be gay.
Breaking nature’s laws
Denotes “psychological flaws.”

She finds you personally “disgusting”
For your perverted lusting.
If you want to join her nation
Then you better switch your orientation.

Now I lay me down to sleep
in a universe dark and deep.
If I die before I wake,
Tough shit, them’s the breaks. 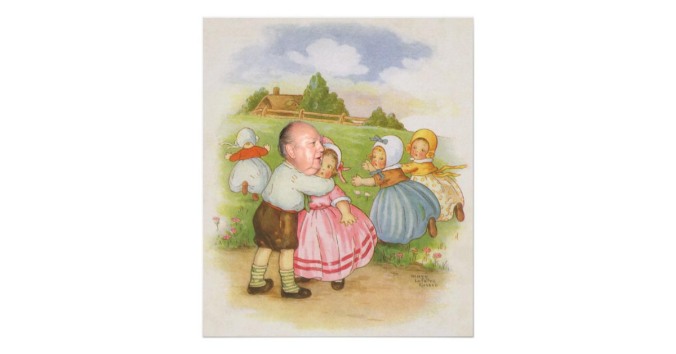 standing in a puddle.

Said the loony to Mrs. Mooney,

With her head held high,

She walked on by,

And her wits began to gather.

from a Child’s Back Alley of Verses

not far from the Rio Grande,

there lived a French Canadian trapper

He wrote a short novella

about the Second World War.

he called it Less Is More.

who gave him two fine sons,

but she died a virgin at 44

cleaning one of his guns.

he remarried within a week,

and lived happily ever after

until he choked on a steak

right outside of Nashville

in the heart of the Lone Star State,

right across the river from Canada.