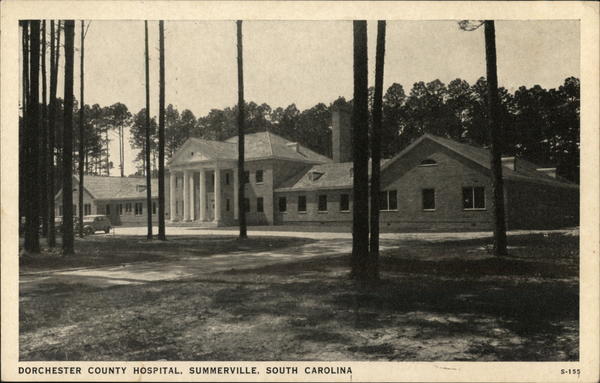 In the first decade of my life, the 1950s, my mother worked as a practical nurse at Dorchester County Hospital in Summerville, South Carolina. Unfortunately, I got to spend more time at the hospital than I would have liked because I contracted rheumatic fever in 1956, which would result in a two-week stay in a ward at the hospital and two months in bed at home after that.

I was only five at the time, so my memory of the ward is hazy. I remember getting EKGs and Reverend Storm, the Baptist preacher, coming and extolling everyone on the ward to bow their heads and pray for me, which I found embarrassing, and I also remember some of my mother’s friends and my grandmother’s friends coming to visit the hospital.

One of these was Vivian Mallard, a good friend of my grandmother’s. I remember her playing a simple board game called Davy Jones Locker with me as I lay in the hospital bed. If erect posture is a sign of moral uprightness, Vivian was a paragon of virtue. She was a short, trim woman with curly gray hair and glasses, a no-nonsense lady who walked as if she were balancing an etiquette book on her head. After my recovery, when my grandmother kept my brother and me while Mama was nursing, I spent many a boring hour on Vivian Mallard’s porch or in her immaculately trimmed yard while “Mama Blanton,” as we called my grandmother, and Vivian exchanged gossip about the ins and outs and comings and goings of Summerville’s citizenry.

Another of Mama Blanton’s good friends was Miriam Etheridge, who with her husband ran a grocery store attached to their house just down the street from Alston High School, the African American School in those days of segregation. This was a “colored neighborhood,” as we put it back then, so the clientele of the store was almost exclusively African American.  Because of segregation, my only exposure to Black children was at the store. I remember the girls having elaborate, complicated hairdos featuring multiple parts and ponytail like projections. I actually had a crush on one of the Black girls, a tall, pretty light-skinned girl, but even back then I knew better than admit to something like that.[1]

Perhaps, it was at Mrs. Etheridge’s store that I first encountered Harold, a mysterious black man whom people claimed “was not right in the head.”  In addition to mental illness, Harold suffered from a strange, plum-sized, sac-like growth dangling from his ear that my mother called a “wen.” Scouring google for an approximation, the closest image I could come up with is the one below, which isn’t nearly big enough. Why no charitable entity sought to have it removed seems strange. But back then even doctors’ offices were segregated with separate black and white waiting rooms. Perhaps pro bono operations weren’t a thing. 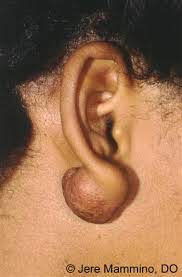 At any rate, among the rumors about Harold was that he had been on a path to becoming a physician but had some sort of mental breakdown in medical school. Whatever the case, Harold’s status in his adulthood was that of a vagrant. Riding my bicycle through the park, one time I saw him passed lying among azalea bushes with a jug next to him.

Another time, in those days before people locked their cars, Harold crawled into the back seat of Vivian Mallard’s Oldsmobile and fell asleep. It’s not clear if he had done so the night before or in the morning when Vivian decided to go grocery shopping.  It wasn’t until she arrived at the Piggly Wiggly parking lot and got out of her car that she discovered Harold curled up unconscious in the back. I suspect that she screamed, but I don’t know for sure. And I also don’t know if Harold was arrested or whatever ultimately became of him. Sometimes cases like his were sent up to the State Mental Hospital on Bull Street in Columbia, an institution featuring the same dark brown bricks that gave Dorchester County Hospital such an uninviting vibe. If he had been sent to Columbia, maybe they would have removed the wen, but at that point, it wouldn’t have done him much good. 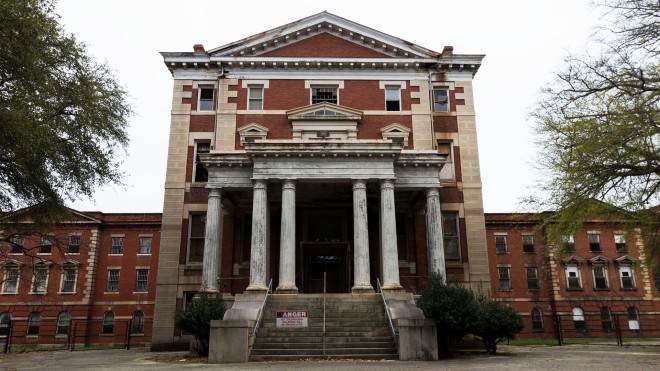 [1] She actually appears in a short story I wrote, which you can access here.

Update: Please note in the comments that Harold indeed eventually had the wen removed.

12 thoughts on “Sometimes the Twain Do Meet”