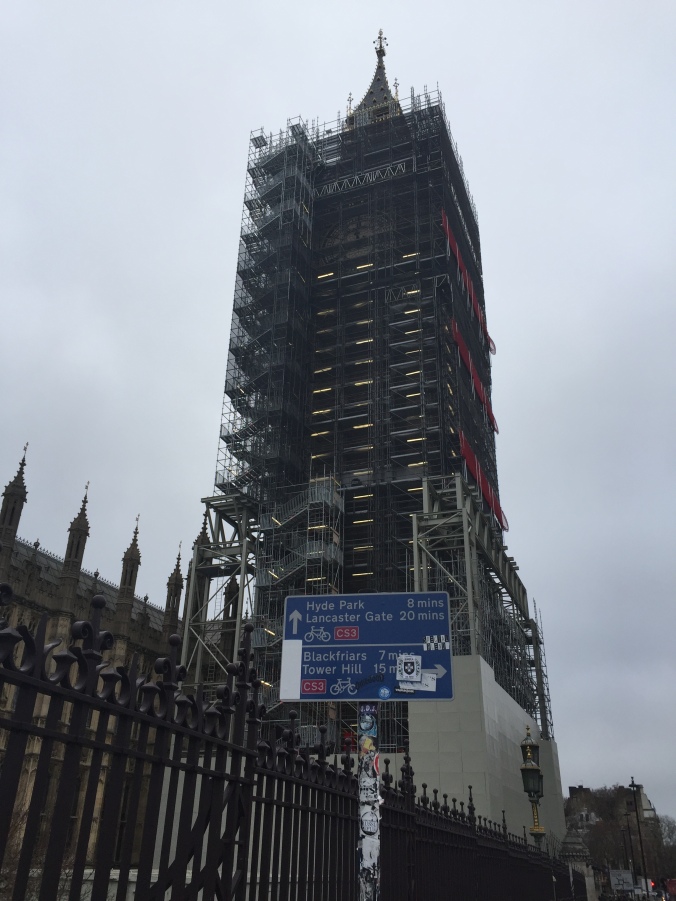 Big Ben in an Iron Lung

The first time I visited in ’83, punk ruled.  I talked to a woman in a nurse’s uniform with piercings galore and a pink Mohawk that brought to mind the plumage of an exotic bird that you might encounter in a Sci-Fi magazine. She was sweet as pie as she instructed me how to get to or obtain whatever I had asked.  Last night when I was momentarily lost, the seeming old gent wasn’t quite as accommodating as he waved his cane and growled ‘Je ne sais pas” after I asked for directions to the Tower Hill metro station.  Robert Earl Keen fan that I am,  I put on my most meanincing ugly American mask and hollered, “Ou est la gare? Ou est la gare?” Of course, he ignored me, walking on, stooped over, tapping, disappearing into the fog.

Do you know the Robert Earl Keen song “Whenever Kindness fail?”

However, the folks — both staff and clientele — at the pub Hung, Drawn, and Quartered were as nice as could be as Ned and I ordered minced pies and local ales.  I like a joint that calls a “toilet” a “toilet,” that makes you go downstairs and pass through double doors to take a piss in a communal urinal.  These conveyances are okay for the Herculeanly endowed, but if you’re hung like Ganymede, and it’s crowded, I suspect it might be embarrassing.

At any rate, a good time was had by all.

So after the pub crawling and 11 hours of uninterrupted sleep (thanks for the earplugs, Loquacia), it’s Christmas Eve, overcast, dank, and gloomy, just like in the illustrations of A Christmas Carol I remember as a boy.

Of course, Ned and I are here to avoid memories of Christmas pasts, but, at least for me, Judy’s omnipresent, snaking with me through the roped maze at Heathrow, the documentation safely stowed, or sitting next to me in a pub pre-children pining for Sally and Jack, the springer spaniels we’d leave behind for two months in 1983.

However, these are good memories to be smiled at, not wept over, and as it turns out, I’m doing some contemporary pining for the left behind as I type this just across from the Tower of London where historically some bigtime pining went down.

So it’s time to accumulate some new memories to be smiled when tomorrow’s Christmas has come and gone. 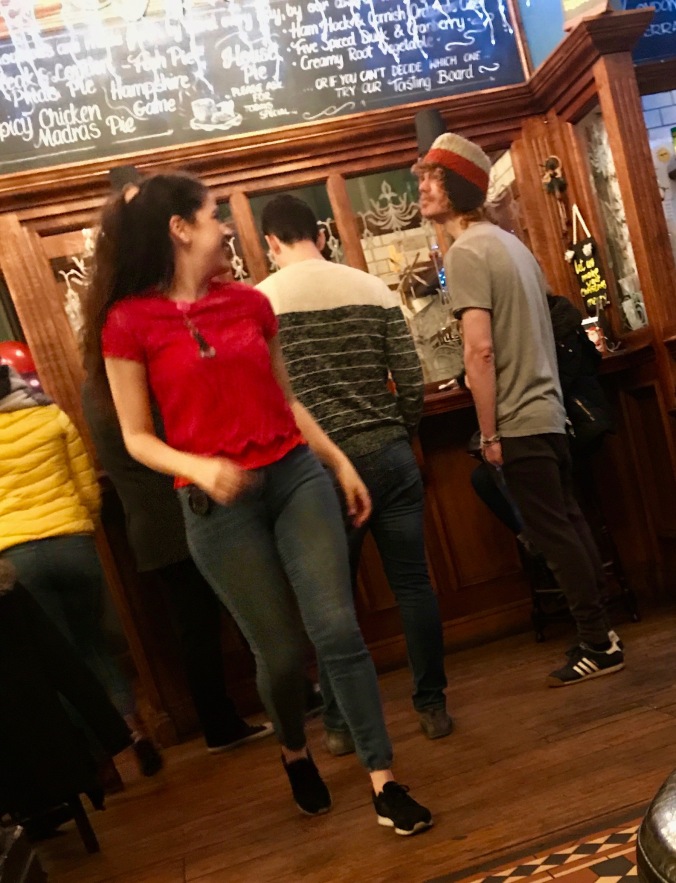 3 thoughts on “Christmas Eve in London”