[. . .] individuals going about their business in the assurance of perfect safety

Last night as I watched the Indiana Primary returns on MSNBC, Steve Schmidt, John McCain’s 2008 campaign manager, splashed some very frigid water on the prevalent view that Hillary Clinton is a shoo come November. Schmidt pointed out that the conventional wisdom of a Clinton victory doesn’t factor in unexpected events that could alter the electoral landscape.

I had encountered a very similar but more cogent argument earlier in the day via Andrew Sullivan:

Those who believe that Trump’s ugly, thuggish populism has no chance of ever making it to the White House seem to me to be missing this dynamic. Neo-fascist movements do not advance gradually by persuasion; they first transform the terms of the debate, create a new movement based on untrammeled emotion, take over existing institutions, and then ruthlessly exploit events. And so current poll numbers are only reassuring if you ignore the potential impact of sudden, external events — an economic downturn or a terror attack in a major city in the months before November. I have no doubt, for example, that Trump is sincere in his desire to “cut the head off” ISIS, whatever that can possibly mean. But it remains a fact that the interests of ISIS and the Trump campaign are now perfectly aligned. Fear is always the would-be tyrant’s greatest ally.

Sullivan offers this warning in an impressively constructed and detailed argument that commences with Plato’s theory on why democracies ultimately give way to tyranny. Sullivan’s reading of Plato is that “the views and identities” of the populations of what he calls late democracies “become so magnificently diverse as to be mutually uncomprehending.” As religious orthodoxy wanes, so does certainty. Much of the citizenry loses respect for authority. No one has the authority to tell anyone what to do or think:

The very rich come under attack, as inequality becomes increasingly intolerable. Patriarchy is also dismantled: “We almost forgot to mention the extent of the law of equality and of freedom in the relations of women with men and men with women.” Family hierarchies are inverted: “A father habituates himself to be like his child and fear his sons, and a son habituates himself to be like his father and to have no shame before or fear of his parents.”[1] In classrooms, “as the teacher … is frightened of the pupils and fawns on them, so the students make light of their teachers.” Animals are regarded as equal to humans; the rich mingle freely with the poor in the streets and try to blend in.[2] The foreigner is equal to the citizen.

With the proliferation of blogging, social media, etc., “there are dramatically fewer elite arbiters to establish [what] is actually true.” The result is that “without such common empirical ground, the emotional component of politics becomes inflamed and reason retreats even further. The more emotive the candidate, the more supporters he or she will get.”

I’m not quite sure Sullivan is right on this point. Certainly, Bernard Sanders is more “emotive” than Hillary Clinton (or at least his emotions seem more genuine), but she has approximately 2 million more votes. However, I do believe that the more emotive the candidate, the more passionate his or her supporters — something we see in the ardor of both Bernard Sanders’ and Donald Trump’s bandwagons.

And what’s notable about Trump’s Sanders’ supporters is precisely what one would expect from members of a mass movement: their intense loyalty. Trump Sanders is their man, however inarticulate they are when explaining why. He’s tough, he’s real, and they’ve got his back, especially when he is attacked by all the people they have come to despise: liberal Democrats and traditional Republicans moderate Democrats.

The bottom line is that Sullivan argues Donald Trump is very, very dangerous, and that we cannot afford to be sanguine:

And so those Democrats who are gleefully predicting a Clinton landslide in November need to both check their complacency and understand that the Trump question really isn’t a cause for partisan Schadenfreude anymore. It’s much more dangerous than that. Those still backing the demagogue of the left, Bernie Sanders, might want to reflect that their critique of Clinton’s experience and expertise — and their facile conflation of that with corruption — is only playing into Trump’s hands. That it will fall to Clinton to temper her party’s ambitions will be uncomfortable to watch, since her willingness to compromise and equivocate is precisely what many Americans find so distrustful. And yet she may soon be all we have left to counter the threat. She needs to grasp the lethality of her foe, moderate the kind of identity politics that unwittingly empowers him, make an unapologetic case that experience and moderation are not vices, address much more directly the anxieties of the white working class—and Democrats must listen.

[1] On many more than one occasion, I have seen and heard students openly mock their parents.

[2] Pre-ripped jeans are all the rage with the moms at my school. 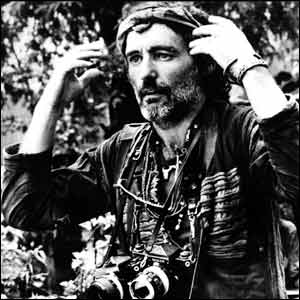 One thought on “Andrew Sullivan’s Take on “This Dystopian Campaign””