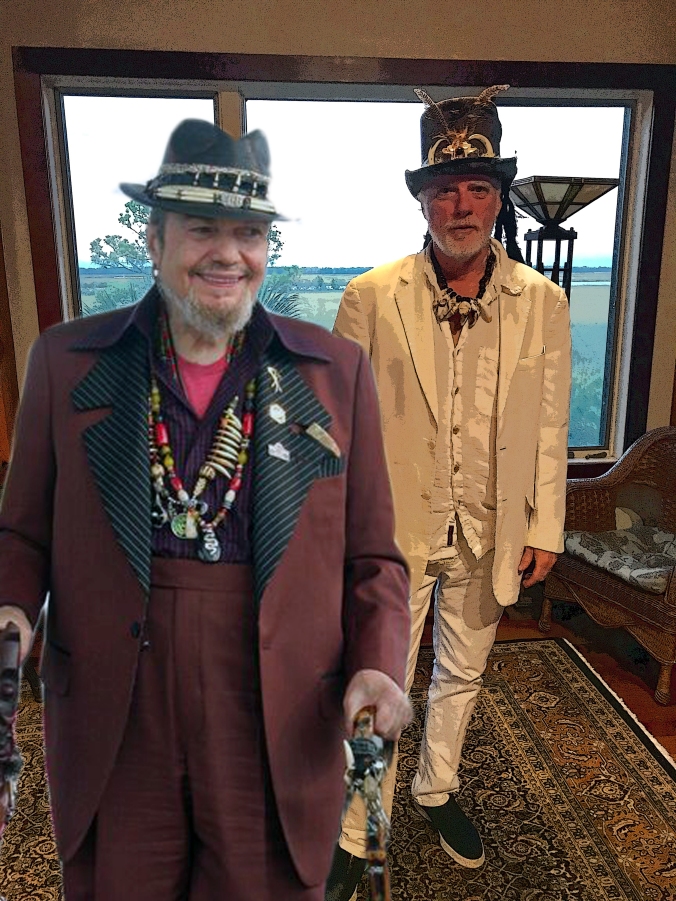 Polonius:  What do you read, my lord?

Samuel Johnston in 1755-ish published the first ever dictionary in English.  He accomplished this Herculean feat single-handedly.

Imagine, idle reader, the enormity of the project.  How would you go about collecting words and defining them with no dictionary to consult? Would you start with aardvark and work your way alphabetically to zygote or start with verbs, assembling the gamut, so to speak, from states of being to acts of doing, and once you’d worked your way from is to zapped, would you then turn to the vast realm of nouns?

I ain’t know cause my mind be blown.

In 1994 with the help of a writer named Jack Rummel, Dr. John (nee Mac Rebennack) published an autobiography entitled Under a Hoodoo Moon.

Like Samuel Johnson, Dr. John, who just now died June 6, was a lover of locutions.  Like James Joyce, Mac, the Dr. (also known as the Nite Tripper) found the English language inadequate for his needs.

Sam Johnson was an eccentric. Obsessive, compulsive.   Before crossing the threshold of door, he’d go through a series of ritualistic gesticulations and when walking down the street feel compelled to touch every single post he passed.

Mac Rebennack was also an eccentric and was no stranger to wild gyratin-i-ficatin’,  as he might put it.

I’m now reading Under a Hoodoo Moon, and it occurs to me that I could honor these two doctor heroes of mine by doing a little lexicography myself, i.e., by compiling a Dr. John dictionary, a handy go-to reference when you run across a term like junk-a-dope-a-nals  or marygeranium.

The project is underway, and of course, I’ll publish it here, free of charge, despite Dr. Johnson’s oft-quoted observation: “No man but a blockhead ever wrote except for money.”